Su-25CM equip with protection against missiles

November 11 2017
54
Attack aircraft of the Aerospace Force (VKS) of the Russian Federation will protect against guided missiles. The Russian Defense Ministry announced a tender to equip Su-25CM aircraft with modern means of protection.


The winner of the tender, which must be determined before the end of the year, will equip the Su-26SM attack aircraft of the Russian Federation with attackers such as HC-45М 25 attack aircraft Su-XNUMXСМ Work on the modernization will last three years. 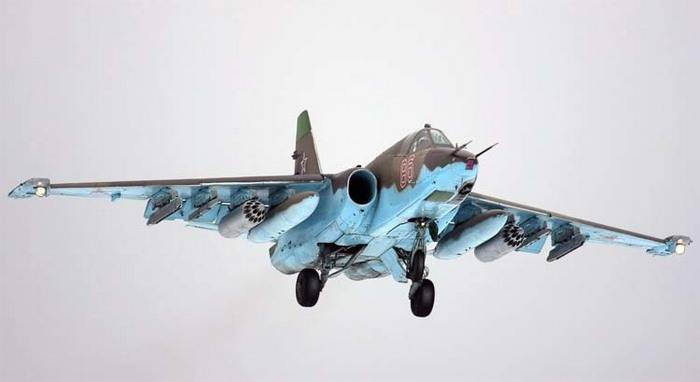 One of the planes will receive new equipment this year, even on 22 aircraft will be retrofitted in 2018 and 2019 years. The cost of all works is estimated at up to 735 million rubles. The site of the manufacturer of the defense system GosMKB Vympel (part of the Tactical Missiles Armament Corporation) states that the HC-26M device protects airplanes and helicopters from guided missiles by jamming their guidance systems.

The Su-25 attack aircraft was developed at the P. O. Sukhoi Experimental Design Bureau, made its first flight in the 1975 year, and six years later entered the Soviet Army. Since the start of mass production (1978 year), more than 1300 units have been released in various versions. Today, the Su-25 is in service with the armies of many former Soviet republics, as well as African and Middle Eastern states, reports "Warspot"