The crash of the Su-22 in Iran killed the pilot

November 11 2017
54
Iranian media reported that the Soviet-made Su-22 fighter suffered a crash in the south of the country. According to the latest data, the aircraft belonged to the Corps of the Guardians of the Islamic Revolution (IRGC). RIA News cites a message from Iranian news agency FARS News:

A military plane Su-22 of the Air Force of the Revolutionary Guards of the Islamic Revolution fell in the morning 8 (8.30 MSK) during military exercises in the province of Fars. The pilot died on the spot.

Photos that are published in social networks show that at the site of the crash of the plane a completely burnt grass plot was formed. Judging by the photo, the plane fell in a deserted area. No one on earth was hurt. 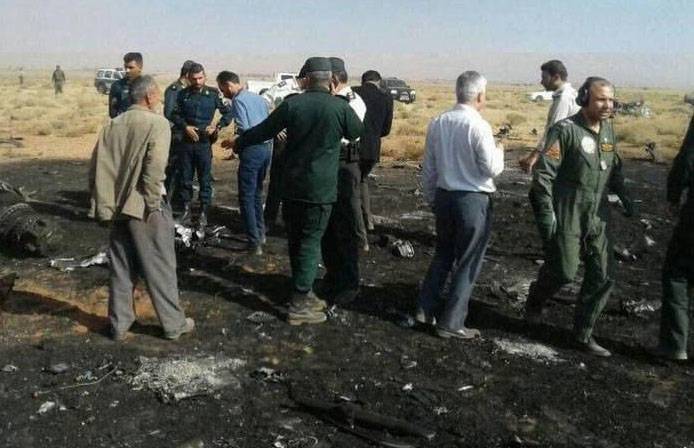 At the crash site, there are operational groups that collect fighter debris to subsequently try to establish the causes of the disaster.

Ctrl Enter
Noticed oshЫbku Highlight text and press. Ctrl + Enter
We are
The situation in the south-east of Ukraine. Chronicle of events. 3 May
Military Reviewin Yandex News
Military Reviewin Google News
54 comments
Information
Dear reader, to leave comments on the publication, you must to register.