November 11 2017
101
The American long-range target designation aircraft E-8C Joint STARS flew on Friday near the land borders of North Korea ahead of the four-day unprecedented-scale exercises of three aircraft carrier strike groups of the US Navy in the Sea of ​​Japan on Friday, follows from the monitoring data of the western aviation sites.


According to their information, the American airborne early warning and targeting complex, designed to recognize and classify ground targets, as well as to coordinate combat operations with the flight number 99-0006 and the call sign RONIN33, carried out a long reconnaissance flight along the military demarcation line between the DPRK and South Korea . 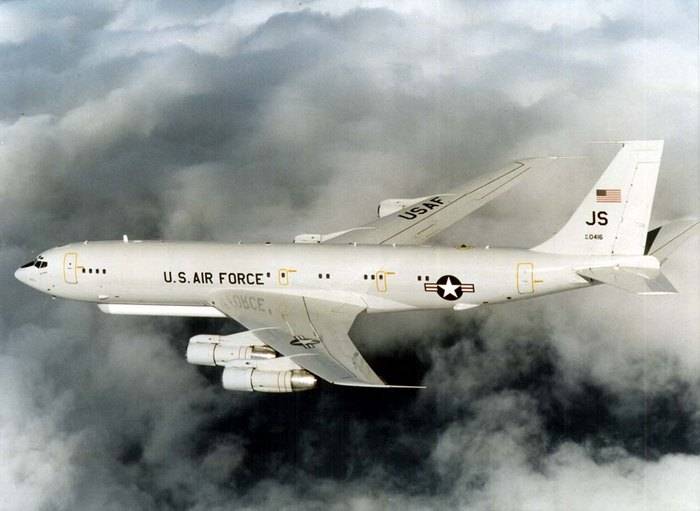 On Thursday, the US Army's EO-5C aircraft (or DHC-7, by its Canadian manufacturer's designation), intended for low-altitude multifunctional reconnaissance, also made another flight along the military demarcation line between North Korea and South Korea.

As reported by the command of the 7th operational fleet US Navy, from November 11 to 14 in the western part of the Pacific Ocean will be held the exercises of three aircraft carrier strike groups of the US Navy, led by atomic carriers Ronald Reagan, Nimitz and Theodore Roosevelt.

According to the open data of the US Navy on the ship composition of the aircraft carrier groups, in addition to the three aircraft carriers can be involved around 20 cruisers and destroyers, several attack nuclear submarines equipped with cruise missiles "Tomahawk", as well as about 200 aircraft and helicopters of deck aircraft, Interfax-AVN

Ctrl Enter
Noticed oshЫbku Highlight text and press. Ctrl + Enter
We are
Under the general hype around the deployment of "THAAD" in the Republic of Korea, the United States sets up "poles" in Western Asia
101 comment
Information
Dear reader, to leave comments on the publication, you must to register.