Secretary General of the “Golden Age” of Socialism

November 11 2017
48
Perhaps the years when he was Secretary General can be called the most good for our country and its citizens. These were truly golden years. There were no extremes inherent in the initial period of building socialism. And the development was: mass construction of housing and enterprises, population growth. Decent work for most - was. Sense of security - was. In the international arena, the Soviet Union had enormous prestige in those years. Thanks to this authority, the chaos that the United States and its Western allies are doing now in the world could not even be imagined in the most terrible fantasies. 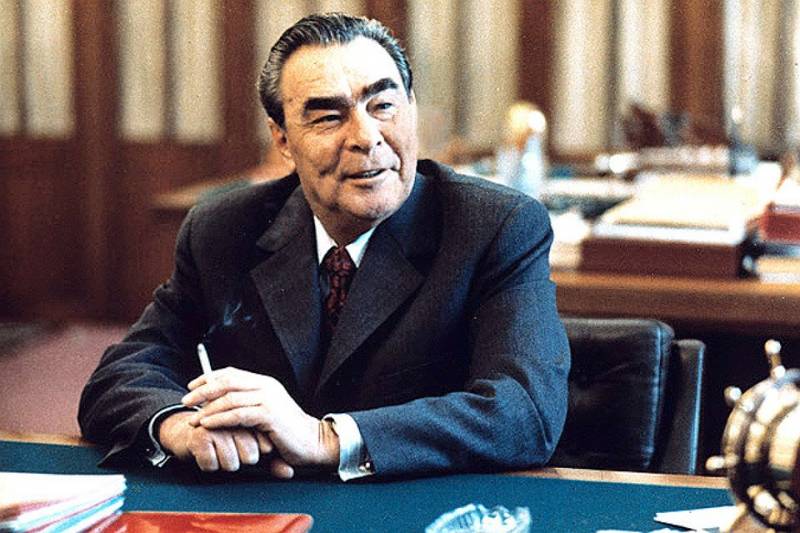 10 November marked the 35 anniversary of the death of Leonid Ilyich Brezhnev. He was 75 years old. Not everyone in the USSR appreciated the gains of socialism, including the one that was achieved under Brezhnev. The people went low-grade jokes, in which, for example, ridiculed the diction of the General Secretary, his illness and even thick eyebrows. No one then knew that after 10 November 1982, the country will begin negative processes that will lead to the death of a huge and powerful state, which gave people unprecedented stability and security. Just by that time, citizens had already begun to get used to the gains of the socialist system and take them for granted, while wanting more. Indeed, there was something to work on, but is it really necessary to destroy the whole house where you need to seal the gaps and glue the wallpaper?

... Leonid Ilyich Brezhnev was born in a family of hereditary workers 6 (19) December 1906, in the Yekaterinoslav province, the village of Kamensky. Now it is - a city in the Dnipropetrovsk region of Ukraine. However, there is another version of his date of birth - December 19 old style or January 1 1907 of the year - a new one.

In the 1927 year of Brezhnev, he graduated from the technical school and was soon sent to the Urals. He worked as a surveyor, land surveyor, rose to the position of deputy head of the Ural Regional Land Administration. In 1930, I went to Moscow to get a higher education. Entered the Moscow Institute of Agricultural Engineering. Kalinin, however, already in 1931, he moved to Dneprodzerzhinsk. He worked as a mechanic at the Dneprovsky Metallurgical Plant, continuing his studies at the evening department of the Dneprodzerzhinsk Metallurgical Institute. October 24 1931 of the year joined the party.

In 1935, Leonid Ilyich enlisted in the army - was first a cadet, and then a political instructor tank companies in the village of Peschanka near Chita. At the same time he studied at the courses of motorization and mechanization. There he received the rank of lieutenant.

Career young man progressed successfully. In 1936, he returned to Dneprodzerzhinsk, headed the metallurgical college, then became an engineer at the Dneprovsky metallurgical plant. In February 1939, Brezhnev becomes the third secretary of the regional party committee.

When the Great Patriotic War began, Brezhnev became first deputy head of the political department of the Black Sea group of troops of the North Caucasian Front, then head of the political department of the 18 army, and from 1943 - deputy head of the Southern Front. At the beginning of 1942, he received the first Order of the Red Banner - for participation in the Barvenkovo-Lozova operation in the Kharkiv region. In 1943, he took part in the battles for Novorossiysk. He often visited the Malaya Zemlya beachhead, about which he would later write a famous book. Then there will be a lot of bullying on the topic, he or not he wrote this book, on this basis there will be attempts to diminish the feat of the landing on the Little Earth, although on the other hand, songs will be added about it.

It was during his visit to the very Lesser Land that Leonid Ilyich was seriously wounded, which subsequently would greatly affect his health. He was on seiner who hit a mine. Unfortunately, no matter how blasphemous it sounds, even ill-wishers were often mocked even over this wound and its consequences ...

24 June 1945, Leonid Ilyich took a deserved part in the parade of winners on Red Square in Moscow.

After the death of Stalin, Leonid Ilyich experienced a difficult period when he was dismissed from his post. However, in 1954, he was sent to Kazakhstan, where, as secretary of the Central Committee, he led the development of virgin lands and was engaged in preparing the construction of the Baikonur cosmodrome.

October 14 1964, after Khrushchev’s dismissal (in which Brezhnev took part) The Plenum of the Central Committee of the CPSU chose Leonid Ilyich First Secretary.

His first five-year plan - from 1966 to 1970 years - was not without reason called “golden”. Even ill-wishers of the Soviet system — and they are forced to admit the obvious: the standard of living of citizens in those years grew steadily.

Grew and authority of the USSR in the international arena. Western intelligence agencies have repeatedly challenged the socialist system - trying to organize "velvet revolutions" in the countries - participants of the Warsaw Pact. It was necessary to take measures to prevent such scenarios. Although formally, it seems, the United States sought to warm relations. In May, US President Richard Nixon visited the USSR 1972, soon after that Brezhnev visited the USA. The heads of state signed a number of treaties. But this did not mean a real warming of relations. The discharge between the West and the USSR was only temporary - Washington and its NATO allies still sought only the complete destruction of the Soviet Union ... The Cold War continued - flare up conflicts outside the USSR, to which Moscow had to somehow react.

Many condemn Brezhnev for "drawing the country into the Afghan war," while trying to ignore the role of the United States in this war. However, this intervention was typical for the USSR support of allies who asked for help.

The West responded to the introduction of Soviet troops in Afghanistan with sanctions. We see this process even now, when we are being avenged for supporting Syria. This revenge manifests itself in everything - starting with the rupture of economic relations, ending with dirty manipulations in international sports. Against the USSR, however, it was impossible to act so brazenly. In 1980, in Moscow, despite the boycotts of some countries, the Olympics took place. The USSR team won a victory on it.

Unfortunately, the health status of the Secretary-General has worsened. Especially - after the incident in Tashkent 23 March 1982 of the year. When Leonid Ilyich visited the aircraft factory, the footbridge fell on him. He got a broken collarbone. He was persuaded to stop the trip and immediately go to Moscow for treatment. However, he refused, not wanting to disrupt the planned performance in Tashkent. It says a lot about his image and character.

And just a few days before his death, 7 November 1982, Brezhnev, as usual, stood on the podium of the Mausoleum, taking the parade on Red Square.

The life of Leonid Ilyich was bright, fruitful and - in spite of everything - worthy. Even his enemies, who find he has a lot of flaws, agreed, however, that he was a good man. The period of his reign was called “stagnation,” but it was not yet possible to repeat those achievements, let alone surpass them. No wonder, when in April 2013 of the year, a survey was conducted by Levada Center about who was the best leader of the country, Brezhnev won the first place. The worst were Yeltsin and Gorbachev ... 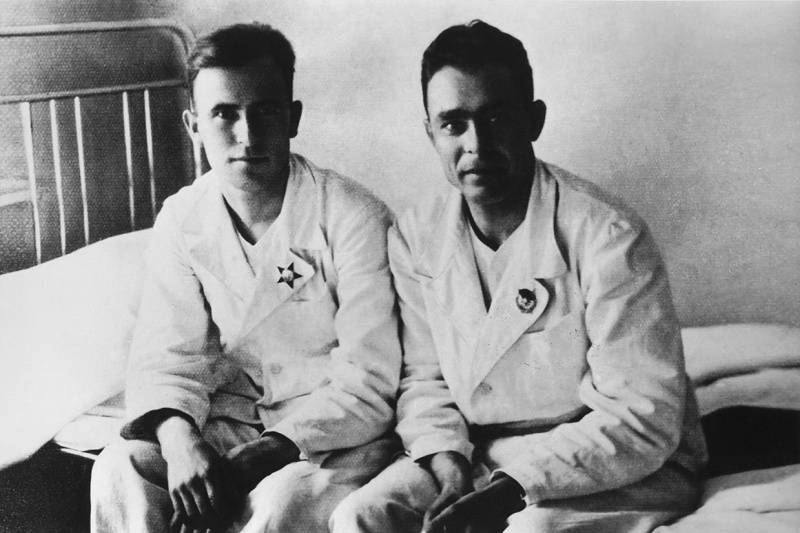 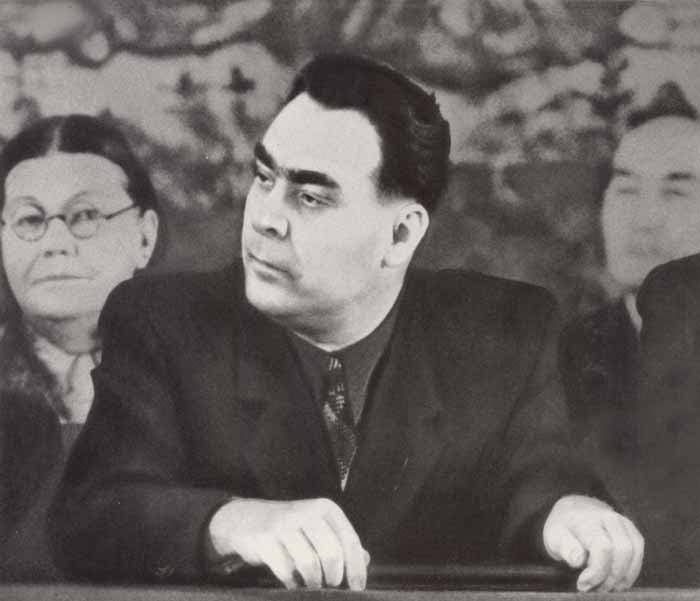 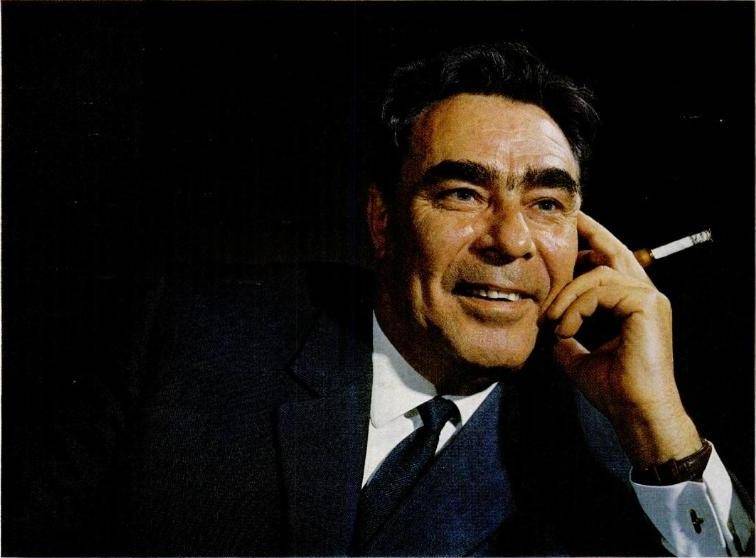 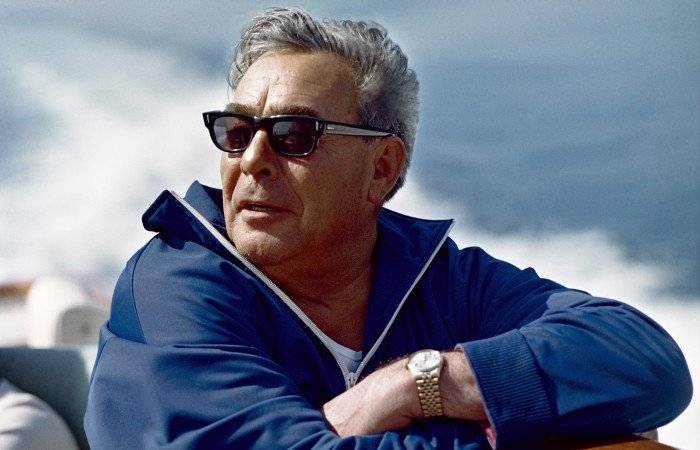 Ctrl Enter
Noticed oshЫbku Highlight text and press. Ctrl + Enter
We are
Reports from the militia of New Russia for 27-28 September 2014 of the yearYuri Drozdov: Russia prepared the role of the sacrificial calf
Military Reviewin Yandex News
Military Reviewin Google News
48 comments
Information
Dear reader, to leave comments on the publication, you must to register.