Irishman in the service of Russia 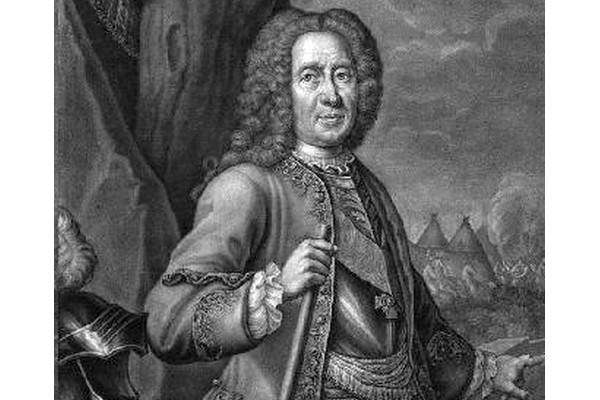 The basic truth that the cadres decide everything, of course, was known to the great reformer Peter I.

Russia, and first of all, its army, navy and military industry was in need of professionals. Therefore, experienced foreign military men were eagerly invited into the ranks of the Russian army. For foreigners, Russia has become the country in which they were able to realize their ambitions, and many make a good career, impossible in their homeland.

One of these soldiers, who achieved great heights in the service in the Russian army, was Peter Lassi. He was promoted to the highest military rank - Field Marshal.

Pierce Edmond de Lacey was descended from the Norman family, who had long since settled in Ireland, he was born on October 30 1678, in Irish Limerick. He entered military service at a young age, served in the English, French and Austrian armies.

In 1700, with the rank of second lieutenant, 22-year-old Lassi entered the Russian service. Peter I was recommended by Duke Charles Eugene de Croix, with him in the Austrian army Lassi fought against the Turks.

Lassi participated in the key battles of the Northern War: in the battle of Narva, the battle of Gummelshof, the Grodno operation, in the Poltava battle, where he was wounded, stormed the impregnable Riga. Together with the king took part in the Prut campaign.

In the service, he proved himself not only a talented commander, but also a diplomat. In 1733, Lassi was sent to Poland to support the candidate for the Polish throne of August III of Saxony. Lassi fulfilled this mission brilliantly, which justified the trust of the Russian government. In turn, the grateful Augustus granted Lassi the Order of the White Eagle.

The brightest and commanding talent of the Russian Irishman, the characteristic audacity and originality of the decisions made, manifested themselves in the Russian-Turkish war of 1735-1739, during which Lassi quickly took Azov and immediately passed through the Crimea and the Russian-Swedish war of 1741-1743.

In the Swedish war, Empress Anna Leopoldovna entrusted Lassi to the head of the Russian army, in which the new Field Marshal enjoyed the same respect and common love, combining good heart and sublime feelings with the enlightened mind. The historian Kersnovsky notes that Lassi lived solely on "the interests of the army and the needs of his subordinates." 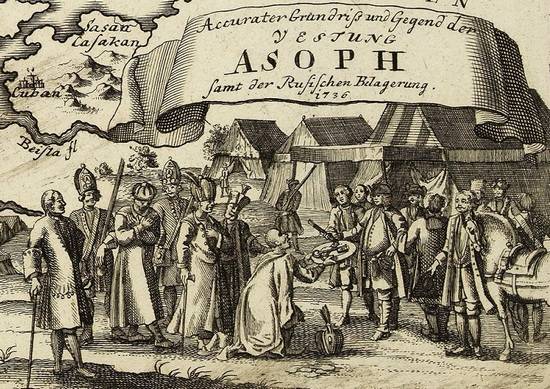 The capitulation of Azov in 1736. Azov Pasha Mustafa Aga hands the keys to the city to Count Lassi. Fragment of German engraving 1740 of the year

Being on duty in close contact with the powers that be, Petr Petrovich never engaged in court intrigues and retained his honest name during state coups.

He himself participated in the 31 campaign, in the general 3 battles, in the 15 actions and 18 sieges, and in the capture of fortresses, where he was wounded.

Petr Petrovich Lassi 2 died on May 1751 in Riga, at the age of 72, he devoted half a century of his life to the service of Russia. Lassi was recognized not only during his lifetime, but also after death. His name was given to the First Infantry Nevsky Regiment of the First Infantry Division of the Russian Imperial Army.

Ctrl Enter
Noticed oshЫbku Highlight text and press. Ctrl + Enter
We are
Chernobyl notebook. Part of 3Irishman in the Russian service, or Field Marshal Petr Petrovich Lassi
11 comments
Information
Dear reader, to leave comments on the publication, you must to register.