November 11 2017
23
In the super-reliable prison of Spandau in Berlin for many years, only one prisoner has been sitting - Rudolf Hess. According to the decision of the Nuremberg Tribunal, Grand Admirals Karl Dönitz and Erich Raeder, Baldur von Schirach and others served their sentences here. All of them had spent their sentences for a long time, and only Hess remained in prison. Every day he went out of his cell for a long walk, which he ended up in a garden house built for him in the prison yard. On this day, Hess, as usual, went into the house, the soldier locked the door behind him. The security of Hess was carried in turn by the military allied armies: the USA, France, the USSR and Great Britain. August 87 was English.


Abdullah Melahoi, personal attendant of Rudolf Hess, prisoner number seven: “I drank tea with my family when they called me and shouted into the phone:“ Hess, Hess, he is dying. ” In this case, I had clear instructions on what to do. Ten minutes later I was at the entrance. ”
However, the orderly, who had the right to enter the prison premises without inspection, suddenly began to be carefully checked and only thirty minutes later they missed the courtyard.

Abdulla Melahoi: “When I ran into the house, I saw Hess lying on the floor. A black guard Brian stood above him, did some manipulations and repeated: “The pig is dead!” I had to push him away in order to probe the pulse. ”

Hess was already dead. An electric wire was tied around his neck, and the collar of his shirt was flung open. Attempts to revive the prisoner with a heart massage did not help. Five minutes later, the orderly stopped useless manipulations.

And an hour later on teletype appeared news of the day: “Rudolf Hess, Nazi No. 3, hanged himself on a cord from an electric lamp.”

Two hours later, the Spandau prison was destroyed by bulldozers, and the place where she stood was rolled up with asphalt. Hess's body was taken to a nearby hospital, where a pathologist, a British national, Professor James Cameroon, conducted a post-mortem examination and concluded that his death was caused by hanging on a cord from an electric lamp.

The son of Hess - Wolf Rüdiger - received a certificate of his father’s death after three days and immediately attempted to restore all the details of Hess’s death. He turned to Colonel Eugene Bird, a former prison director on 1970, who after retirement maintained friendly relations with Rudolf Hess and had the opportunity to visit him more often than members of the convicted family.

Eugene Bird: “Melahoi called me first - we are familiar from the time when I was the director of the prison, and told me the details. When he entered the house, there were several military men in American uniform. It struck him. According to the rules, being in the prison courtyard by strangers without being accompanied by a director was strictly forbidden! But the officers went to prison even before the orderly. For the report, the orderly made a sketch of the place where Hess died - the position of the body, furniture, and other furnishings. ”
This sketch was an important clue that suggested that the version of suicide was not true.

According to the medical examiner, Hess hanged himself on the cord from the lamp. Melahoi argues that this is a falsification. When he entered the house, the cord stuck in the outlet, and the lamp itself was turned on and on! The scene map accurately shows the location of the body and the cord that extends from the lamp to the outlet on the wall, but not around the neck of the corpse.

The second thing that the orderly paid attention to is the statement that the cord was tied with one end on the neck of the body, and the other was fixed on the heating battery.

Abdulla Melahoi: “This is completely impossible. First, the cord was not on the body, but stuck in the socket. Secondly, even if Hess really wanted to, he would not be able to tie knots either on the neck or on the battery. ”

Hess was ninety-three years old, and for the past twenty years he suffered from severe gout and arthritis. The fingers of Hess were knotted, and he could not dress himself. All these years, buttons on his clothes were fastened by an orderly or one of the guards. Tie a knot on their own Hess could not just physically.
Re-examination

Wolf Rüdiger Hess decided that he couldn’t do without repeated post-mortem examination. On the recommendation of Byrd, he appealed to Professor Wolfgang Shpann, a well-known expert from Munich, with a request to make a second conclusion. Such an examination was carried out and the report was certified by a notary public, which made it possible to challenge the official version of the causes of Rudolf Hess's death.

Professor Spann: “It was strange for me to see the body of Hess on the sectional table. All R. 1930's I saw him live when he, at the rank of Reich Minister, came to our school for a meeting. I remembered him tall, thin, dynamic - and now I need to examine his corpse. However, this retreat, and the examination itself lasted about two hours. I will not talk about the standard little things, but immediately get down to business. It quickly became clear to me that there could be no question of hanging. The fact is that when hanging, the strangulation strip on the neck inevitably goes up - to the point where the rope knot is tied ”.

The examination of the professor, however, quite clearly indicates that the strangulation strip on the neck of Rudolf Hess did not go up - she walked parallel around the neck of the corpse.

Prof. Spann: “This is death from suffocation. There can be no doubt - the first examination, I want to believe, was just careless, and her conclusions were wrong - Hess was not a suicide, he was strangled! ” 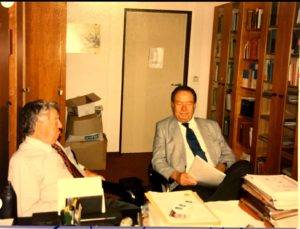 Who killed Rudolf Hess and why?

Son Hess found a lot of other inaccuracies and oddities, which indicated that his father had been killed. For example, the diary of Rudolf Hess was burned, but the family was given a posthumous letter from the prisoner, which for some reason was not destroyed, like a diary. The letter is present, but it was written not before death, but many years before that day. This is confirmed by Eugene Bird, who says that many years ago Hess had a perforated ulcer, he thought he was dying, and in the presence of Bird, it was this farewell letter that he wrote. The prison rules director gave the letter to the archive, and many years later this letter was returned to Hess's son as a supposed posthumous note.

Who and why needed to kill an old Nazi who could already die of old age at any moment? The Hess family has only one version. They believe that the mystery of the death of Rudolf Hess is directly related to the secret of his flight in May 1941, the UK.

According to the family, in the spring of 1941, Hess, on behalf of Adolf Hitler, offered Winston Churchill a kind of world. Germany attacks the USSR and dramatically reduces the number of its raids on Britain. London refuses to act on the second front. Within a few months, the Wehrmacht will take Moscow, and the USSR will be destroyed, Germany will receive “living space” and resources, and Britain will retain its influence on all of Western Europe and, of course, the colonies. Officially it is believed that the flight of Hess was unsuccessful: the plane was shot down, and Churchill refused to take it. However, there is every reason to believe that some agreements with the British leadership were reached. The details of this arrangement London keeps under seven locks, the archives are kept secret, and it is impossible to access them.

While Hess was in prison, London did not threaten to expose. However, shortly before the death of Hess, Mikhail Gorbachev spoke out several times for the release of the aged Hess for humanitarian reasons. A new situation arose, and Hess told his son that he was not going to remain silent if he was released. The recognition of Hess could not only change the generally accepted ideas about the role of Britain in World War II, but also irreparably damage the image of England. Hess understood this and told his son that now his life was in real danger.

According to the son of Hess, the British, who were responsible for guarding the prison, decided to avoid disclosures in the simplest way for them - to eliminate the source of information. What was done: suicide was staged, evidence was destroyed, a fictitious post-mortem examination was done.

Today, there is a supermarket on the site of the Spandau prison.

Information:
In 1998, the details of this stories during numerous meetings, the author of this article was told by the son of Hess, as well as by other participants in those events: Professor Wolfgang Spann, Eugene Bird and Abdullah Melahoi. 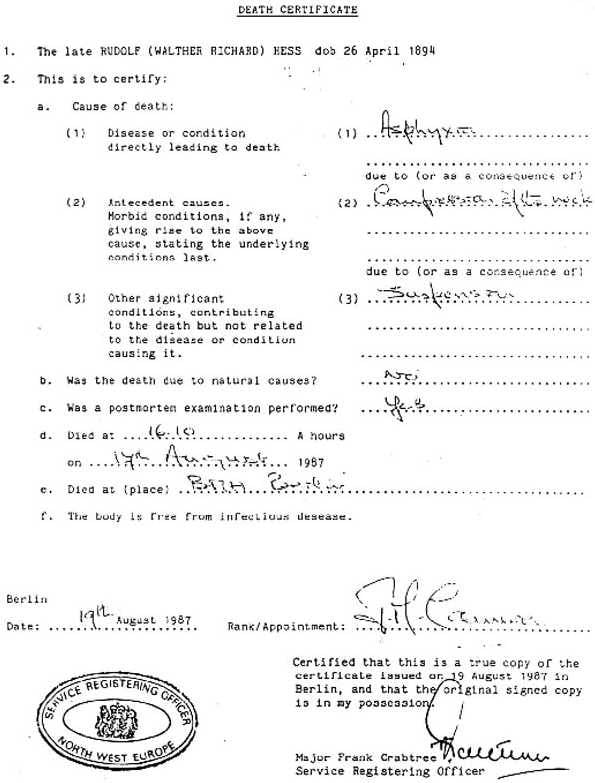 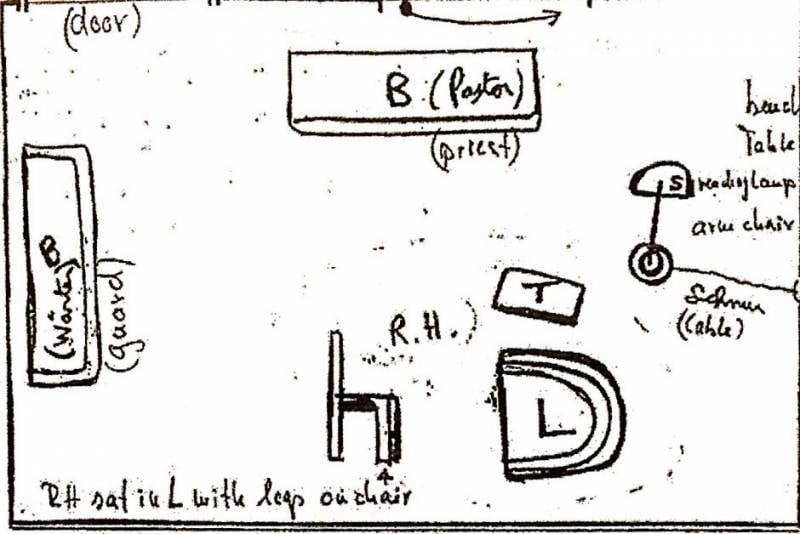 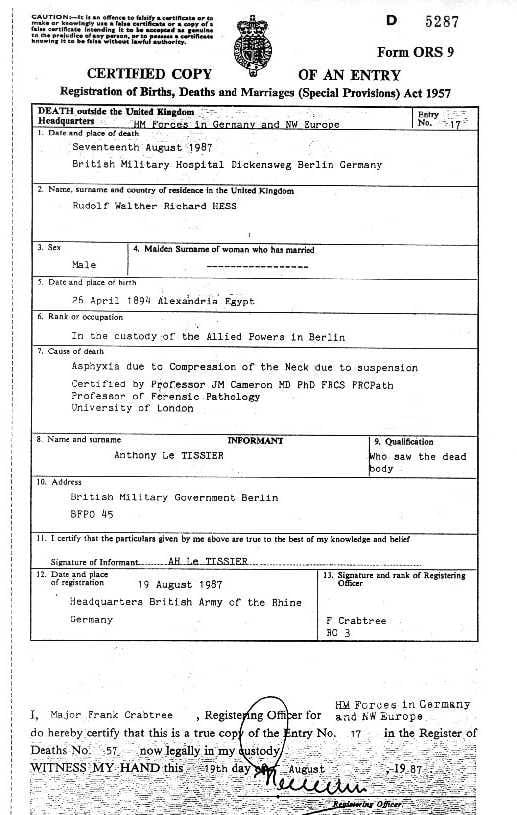 Ctrl Enter
Noticed oshЫbku Highlight text and press. Ctrl + Enter
We are
Excerpts from the "Diary of the guard Spandau"The last den of fascism
Military Reviewin Yandex News
Military Reviewin Google News
23 comments
Information
Dear reader, to leave comments on the publication, you must to register.