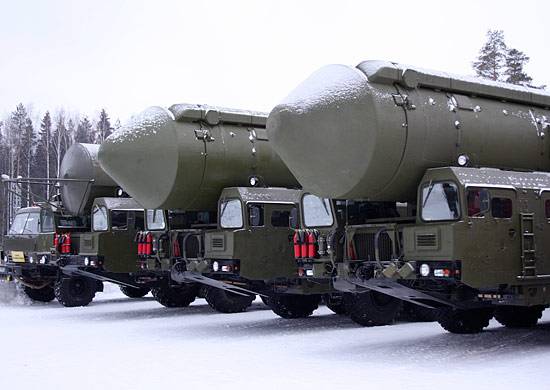 “In 2017, more than 50 units of engineering equipment and more than 300 tons of engineering property were supplied to the Strategic Missile Forces, which significantly exceeds the supply volumes of previous years. At the moment, promising engineering weapons are being introduced into the troops to increase the maneuverability and survivability of new combat missile systems, including the engineering support and camouflage equipment of the MIOM, as well as the Foliage remote demining machine, the message reads.

It is noted that "the delivery of engineering and camouflage vehicles to the troops led to the introduction of new concealment and imitation methods used by personnel on combat duty on mobile-based missile systems."

This, in turn, made it possible to reduce the human labor costs for the specified tasks tenfold.

The Office recalls that among the main tasks assigned to the engineering units of the Strategic Missile Forces are “engineering reconnaissance of the area and facilities, fortification equipment of facilities, positions and areas occupied by parts and divisions, preparation and maintenance of combat patrol routes, field positions, traffic routes and routes maneuver of units and subunits, concealment and imitation of positions, areas and important objects ”