November 10 2017
8
France will sell Gowind 2500 type corvettes to the United Arab Emirates. According to the portal navyrecognition.com, the company Naval Group, formerly known as DCNS, has signed a contract with the UAE Ministry of Defense.


The deal was announced by French President Emmanuel Macron during his visit to Dubai. The details of the contract were not disclosed, but it is known that the ships will be delivered in the UAE in a unique modification - instead of the standard combat information and control system SETIS, the Tacticos system will be used. In addition, the corvettes must be armed with Raytheon American missiles. 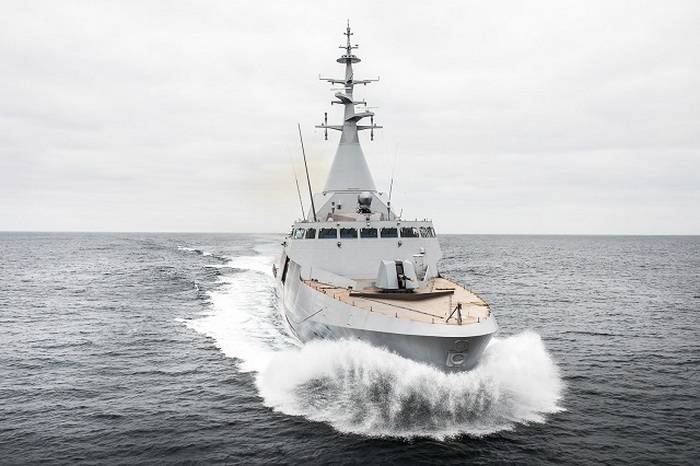 In addition to the delivery of two corvettes, the contract indicates the priority right of the United Arab Emirates Navy to order two more similar ships. It is known that Gowind 2500 corvettes won the tender, where the applicants were also Avante 500 from Navantia, SIGMA 6110 from Damen and other ships.

Gowind 2500 corvettes have a displacement of 2600 t, thanks to the modular design of the ships, their dimensions can be "customized" to the requirements of the customer. So, six Gowind corvettes for the Malaysian Navy are built according to an enlarged design and have a length of 111 m and a displacement of 3100 t. In addition, four Gowind 2500 ships ordered the Egyptian Navy, reports "Warspot"