The commander of the Russian group in Syria, Colonel-General Sergei Surovikin, reported on the release of the city to the Minister of Defense via video conferencing at the beginning of the board. 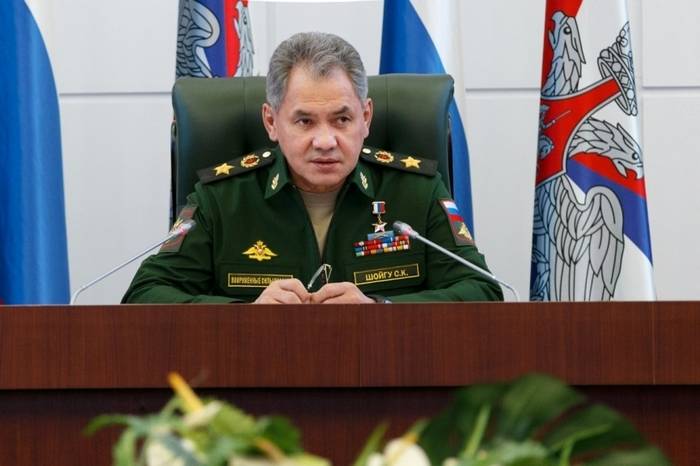 Deir ez-Zor and Meiadin are currently working on demining. Today, they started demining and cleansing Abu Kemal - this is the last major stronghold and center, where a fairly large group of terrorists was concentrated. Some of them have been destroyed, some of them crossed the Euphrates and are moving to the north. I hope they meet them with dignity
- said Shoigu.

Convey our congratulations to your Syrian colleagues, and I congratulate you on the successful completion of the operation that you have been conducting for the last four days. VKS showed all their skills, well, the most important thing in difficult weather conditions performed all the tasks that were put before them
- stressed the Minister of Defense of the Russian Federation.

The Russian military had previously called the city of Abu Kemal the last ISIL bridgehead * in eastern Syria.

Last week, supporting the ground operation of the Syrian army in the area of ​​Abu Kemal, a series of attacks on militants caused long-range bombers Tu-22М3, which took off from the territory of Russia. In addition, Russian submarines attacked the terrorists from the water area of ​​the Mediterranean at the terrorists with Caliber cruise missiles.