November 10 2017
120
The formal meeting of US and Russian presidents Donald Trump and Vladimir Putin at the APEC summit in Vietnam will not take place, White House secretary Sarah Sanders said. She is quoted by the agency Bloomberg.


According to her, the reason is the tight schedule of the head of the White House. A spokesman for the Russian president, Dmitry Peskov, said that the agreement is still ongoing, there is no clarity yet. 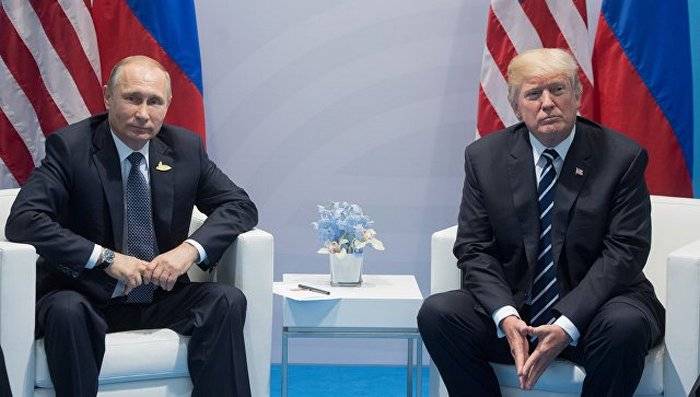 Prior to that, Dmitry Peskov told reporters that the Kremlin hopes to complete the coordination of the exact time, place and format of the meeting of the two heads of state in the near future. He also confirmed that the “discussion” of holding such talks on Friday is being discussed. According to the press secretary of the Russian leader, there is no “some kind of agreed agenda” of the planned meeting between Putin and Trump.

Putin has already arrived in the country. He has scheduled a number of bilateral meetings, including with the Japanese prime minister, the leaders of China, Vietnam, and the Philippines.

Earlier, presidential aide Yury Ushakov said that Putin and Trump will be able to discuss at the meeting in Vietnam the situation in Syria and on the Korean Peninsula, as well as bilateral relations that "are in failure, in a crisis situation." The last time the leaders spoke on the margins of the G20 summit in Germany in July.