Grushko commented on the refusal of Kabul from Russian helicopters

November 10 2017
21
The transfer of Afghan pilots from Russian helicopters to NATO raises questions and does not fit in with the tasks of stabilizing the situation in the republic, reports RIA News Statement by the Permanent Representative of the Russian Federation to NATO Alexander Grushko. 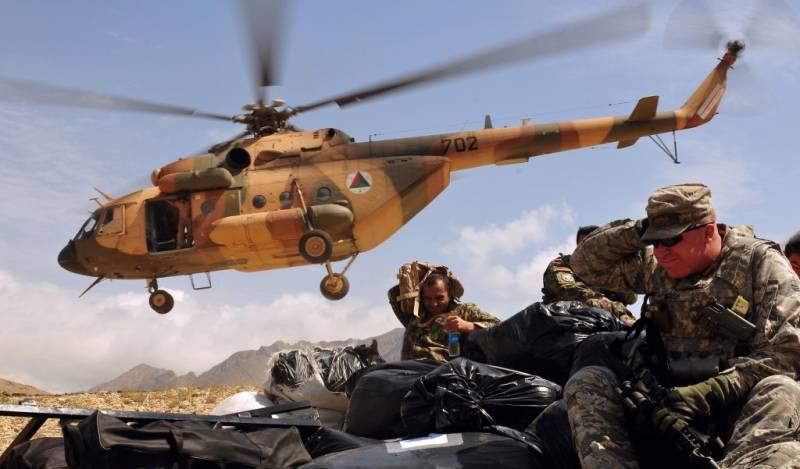 On Thursday, the Acting Afghan Defense Minister Tariq Shah Bahrami said that Kabul no longer needs Russian helicopters because it receives helicopters from NATO member countries. During the transition period, Russian-made machines are served through other countries.

It is no secret that the Pentagon purchased our helicopters for transfer to the Afghan military. Therefore, professionals, of course, announced plans for the transition to other weapons systems cannot help but raise questions both from the point of view of the influence this will have on the effectiveness of the armed forces and the difficulties of such a transition,
Grushko told reporters.

He noted that "retraining even trained pilots requires not only great efforts, but also considerable time."

The motives that guided the Pentagon in developing such schemes are understandable. But they do not fit well with the tasks of stabilizing the country and establishing government control over all the provinces,
said the diplomat.

He recalled that “the American generals who were in Kabul appealed to the members of the NRC (the Russia-NATO Council) to give us new means, that we extend projects that would ensure the life cycle of the Russian helicopters in service with the Afghan army, since they are the basis of combat power, if you can say so with reference to Afghanistan, the Afghan Air Force. "

Without a wealthy Air Force, it will be impossible to ensure control over the territory of the country,
indicated the permanent representative

He noted that the American generals at one time "welcomed the launch of a project to train Afghan technicians at the Russian base and create a system for providing them with certified spare parts and called for other steps."

Ctrl Enter
Noticed oshЫbku Highlight text and press. Ctrl + Enter
We are
Alexander Grushko will be the new permanent representative of Russia at NATO
Military Reviewin Yandex News
Military Reviewin Google News
21 comment
Information
Dear reader, to leave comments on the publication, you must to register.