The feat of the battalion commander: Sergey Solnechnikov saved a soldier by throwing himself on a grenade 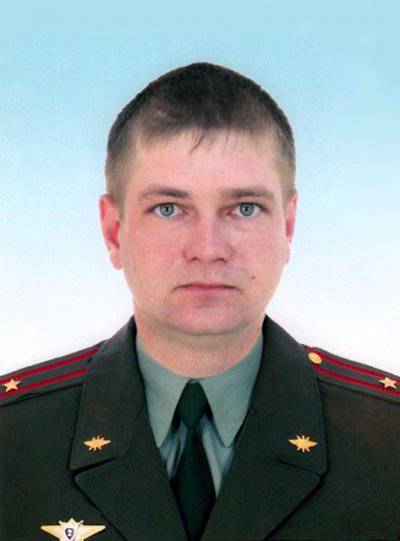 Combat - Major Sergei Solnechnikov - can be awarded the title Hero of Russia. Posthumously. At the cost of his own life, he saved the soldiers of his battalion. During exercises at the test site in the Amur region, a military grenade without checks fell into a trench. Sergey Solnechnikov covered her with his body. Now investigators are studying the circumstances of the incident. A criminal case has been filed. But the feat of this battalion commander remains a feat.

Parents review the photo archive, where their son Sergey is still alive. At one of them - he and his nephew while on vacation. The father - a retired officer - barely holds back tears, because he himself taught his son that to protect the Motherland is the honorable duty of every man. He knows that Sergey simply could not act differently.

“Who is to blame here?” Argues the father of the deceased Sergei Solnechnikov, Alexander. “The boy who dropped this grenade? Yes, of course, you can’t blame him for no reason. Let him just remember that the major left his life, leaving him to live." .

“I don’t know what his thought was at the same time. But I know that he couldn’t do otherwise,” adds Sergey Zoya Solnechnikova’s mother.
In the memory of friends, colleagues and subordinates, he will forever remain the Sun. He was so called for the eyes. A combat soldier with a sunny name was for the soldiers a real father-commander. And at that fateful moment, when 2-3 remained a second for making a decision, he acted like a real officer.
Major Sergey Solnechnikov fixed the mistake of private Maxim Zhuravlev at the cost of his own life. This happened during the exercise. Throwing grenades from the firing line. RGD-5 with a pulled-out check fell just a few meters away, right on the parapet, from which it then slipped into a trench, where at that moment, apart from the commander himself, there was a whole squad, that is, about 10 people. If it were not for the Major Sunflower, then there were probably more dead. 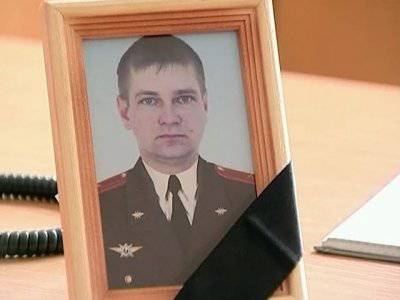 “We paid attention only when our combatant pushed the soldier away and covered the grenade with himself,” the soldier of the urgent service Rustam Khisamov said. “And when everything happened, they called the orderly.”

The wounded battalion commander was sent to the Belogorsky hospital. An hour and a half, doctors, surgeons and resuscitators fought for Sergey's life. But the wounds were too serious. Charters say nothing about how to rush on a grenade. Each officer himself makes such a decision.

“There will be a farewell in the brigade,” says the brigade commander Sergey Buntsev. “The personnel want it, I want it too. He was the best officer. There are few who can compare with him.”

Sergei Solnechnikov graduated from the Kemerovo Higher Military Command School of Communications. Since 2004, he served in the Amur region. I didn't manage to get a family. Friends say he gave too much time to work. He was a successful officer and became commander of the communications battalion as early as 30 years. His soldiers, whose lives he saved, are still in shock.

Maxim Zhuravlev blames himself for the death of the commander. According to experts, the soldier is now in the deepest depression. The parents of the rescued and the command of the unit believe that the feat of the officer is worthy of a state award.

“For our part, we will do everything possible to provide all possible assistance to the family of the deceased,” says State Secretary, Deputy Defense Minister Nikolai Pankov. “I received a command from the Russian Defense Minister to prepare award documents for Major Solnechnikov. We will represent him to the state award posthumously. "

The investigation of the incident deals with a specially created commission. A criminal case was initiated under the article "Violation of the rules for dealing with weaponsthat caused the death of a man. "The battalion commander will be buried in Volgograd, in his homeland.