By cement - by the Eternal Flame, by desovietization - by the Day of the Paratrooper ...

November 10 2017
35
Probably, we will never know, where is the bottom of our rowdy neighbors? November 7 day began with non-holiday news from the glorious city of Kiev. There, the vandals poured cement on the Eternal Flame - an integral part of the memorial in the Park of Glory. At the place of their “feat” the accomplice left eight buckets (in which, in fact, they brought cement). 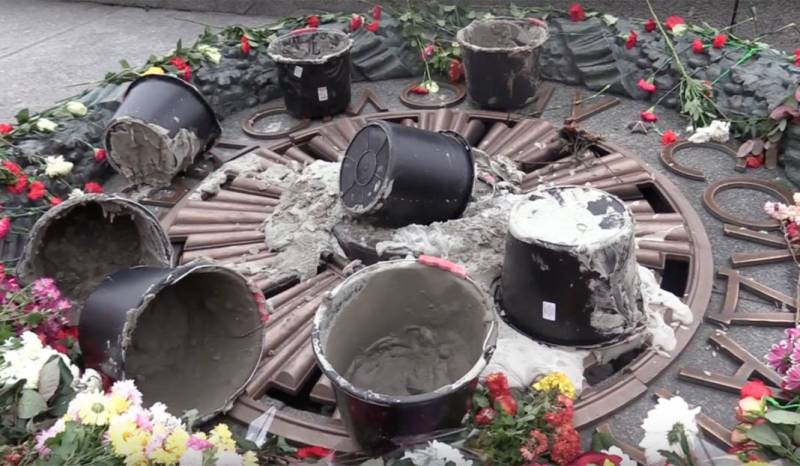 It is difficult to say what exactly the attackers wanted to "celebrate" in this way. Perhaps, the centenary anniversary of the Great October Socialist Revolution - in conditions where there are no more monuments to Lenin, but it is necessary to desecrate any memorial? Or, perhaps, the anniversary of the liberation of the Ukrainian capital from the Nazis, which was the day before? (November 6 1943 of the year expelled the Nazi invaders from Kiev).

Or perhaps it was a way to celebrate the International Day against Fascism, which is celebrated on November 9, "fully armed"? In any case, the cement workers of the Eternal Flame can be congratulated - the date of the barbaric act was chosen ideally.

The next day, November 8, neo-Nazis "distinguished themselves" in Melitopol - the monument to motorists who died during World War II was damaged. In 2005, this monument was erected by the working enterprises “Melavtotrans” at its own expense ...

Russian Foreign Ministry spokeswoman Maria Zakharova, condemning these truly fascist antics, said at a briefing on November 9: “In this context, it is striking cynicism and, of course, the absolute inaction of the Ukrainian authorities, which allow extremists to criminally mock the memory of those who gave their lives in the fight against Nazism».

If it was the will of those who did this, they would probably have destroyed the plaques recently installed in Poland in honor of the Poles who fell in the fight against the UPA (banned in the Russian Federation). But it's not so easy to reach a foreign country. But the so-called head of the “Institute of National Remembrance of Ukraine” Vladimir Vyatrovich managed to provoke a scandal between the two neighboring countries. He spoke with anger: "Now in Poland, at the state level, security officers are honored, in whose hands the blood of Polish patriots is held ... This is possible only in a country where impostors won».

That's great! Vyatrovich, unwittingly, gave the exact characterization is not Polish, but the current Ukrainian government! After all, executioners are honored not in anywhere, but in Ukraine, in whose hands are the blood of patriots who really fought against the fascists (in particular, the blood of General Vatutin, who liberated Kiev!)

And according to the way they came to power, not the Polish leaders (no matter how we treat them for their own tricks), but the leaders of the Maidan look like real impostors.

And here between the two "democratic states" there was a scandal. Polish authorities are considering the closure of Vyatrovich and several other Ukrainian officials entering the country.

И this is not the only conflict of the latter-day “European state” with the countries - members of the European Union. Previously, the "black cat" ran between Ukraine and Hungary - due to the discriminatory law on education. It is worth recalling: in September of this year, the Hungarian leadership opposed this law, which denies 150 thousands of Hungarians living in Ukraine the right to receive education in their native language.

As we see Europeans do not really need such an overly brown “member” at their “civilized” table! Of course, their own “civilization” also raises a lot of questions and doubts ... But still, even there they believe that there must be some kind of measure ... And sometimes they sharply upset the overblown ones.

And then came the new initiative of the Ukrainian "glorious fighters" with history and with common sense. This time, the wrestlers did not please ... Day paratrooper. A certain “scientific consultant of the working group on branding of the assault troops of Ukraine” (what a sinecure!) Vasily Pavlov said that this day will now be celebrated not on August 2, but on November 21. This is done in order not to celebrate the Day of the Airborne Forces as in Soviet times. And for even greater desovetization, the blue berets were replaced by dark maroon paratroopers. Say, maroon symbolize "blood shed for Ukraine." A strange color, of course, for blood, but not to make berets red — otherwise, soon we will have to change again, fighting the “Soviet threat”.

And they are constantly looking for what else to de-communize, desovetizirovat, pour cement in the direct and figurative sense. They would realize that, ultimately, they, like a wolf in the wonderful Soviet animated film “Well, wait a minute”, will soon “cement” themselves in the heat of the moment. 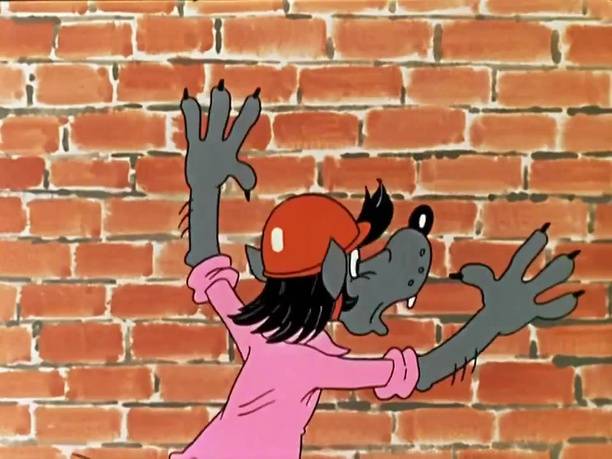 It will be hard, very hard, then to break through the notorious window to Europe ...