Nikolai Petrovich Batalov. The actor who stood at the origins of Soviet cinema

November 10 2017
4
Today Nikolai Petrovich Batalov could be boldly called a movie star, although in Soviet Russia 1930s such a word simply did not exist. For his skills, he was already in 1933 year, was awarded the title of Honored Artist of the RSFSR. His career was developing quite brightly, but it was cut off at takeoff, the Russian and Soviet theater and film actor prematurely died 80 years ago, 10 November 1937 of the year. The cause of death of the actor was tuberculosis.


Nikolay Batalov was born in Moscow on November 24 (December 6 in a new style) 1899 of the year. At the same time, his parents were ordinary peasants from the Yaroslavl province, who moved to Moscow in search of a better life. Little is known about Batalov’s childhood. Apparently, the parents of the future artist wanted to give his son a good education. From 1910 to 1915, he studied in Moscow at the Alexander III Trade School in Moscow. It is also known that in childhood and in his youthful years Nikolay was fond of football, especially when he was at the cottage. He even played for the team of the village of Nikolskoye (now the city of Balashikha). The sports company, which was selected in this village, was quite strong. It is believed that one of Batalov’s football team partners was Petr Isakov, who later played professionally for the Krasnaya Presnya and Dukat teams and even played two matches for the Soviet national team.

In the 16 age after graduating from trading school, Nikolay Batalov decided to link his further life with art. He had a desire to become an actor, and he successfully entered the School of Dramatic Art, which became the Second Studio of the Moscow Art Theater since 1916. For eight years of his life from 1916 to 1924, he was an actor in the Second Studio of the Moscow Art Theater, on whose stage his acting debut took place. Here he played his first roles, mainly of young people - Petya the bookbinder in Zinaida Gippius’s play “The Green Ring”, Vaska-Cossack in a play based on the work of Turgenev “The Freeloader” and Aleshka in the famous play based on the work of Gorky “At the Bottom”. Even then, critics who noted the talent of the young actor noticed his work in the theater. 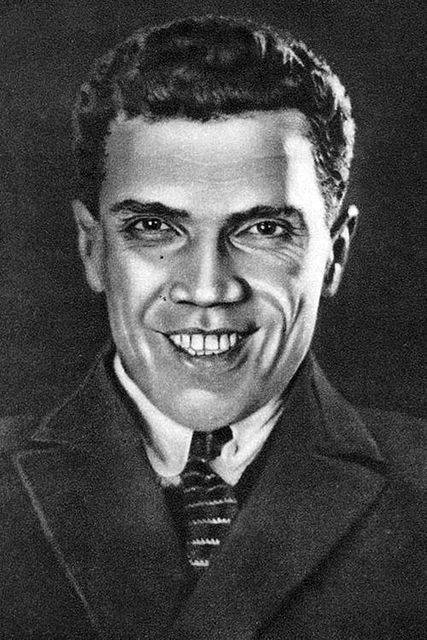 At the same time an important event occurred in the personal life of the actor, in the theater he met his future wife, also actress of the Second Studio of the Moscow Art Theater Olga Androvskaya. In the 1921 year, they got married, already in marriage they will have a daughter. At the beginning of the 20 of the last century, the second important event in the life of Batalov, only it had tragic consequences for him. In 1923, he fell ill with tuberculosis, which became fatal for him, and the disease could not be finally cured. Because of his illness, he even had to leave work in the theater for half a year.

After recovery, the actor made his film debut, while his first films belonged to the era of silent films. In 1923, Nikolai Batalov was invited to play in the fantastic film “Aelita” based on the novel by Alexei Tolstoy. Filmed by director Jacob Protazanov. In the picture Batalov got the role of the Red Army man Gusev, with whom he coped perfectly, although this was his first work in cinema. After the premiere of “Aelita”, rave reviews and articles appeared in the Soviet press, in which Batalov was called the antipode of the “written beauties” of Western cinema and the actor who could embody the image of the new Soviet person on the screen.

Two years later, after a rather loud premiere of “Aelita”, viewers saw Nikolai Batalov in the film “Mother” by Leonid Pudovkin, in which he played Pavel Vlasov. This role only confirmed him in the role of the hero, who fights for the rights of the representatives of the labor class. Moreover, if after the picture “Aelita” they began to recognize him in the USSR, then after shooting the film “Mother” he also received some world fame. Pudovkin himself called the work of Batalov in his film a grandiose gift. The films were filmed in 1926 and released on Soviet screens in March 1927. In the same 1927, Nikolai Batalov played one of his most prominent roles on the theater stage, he played Figaro in the play Beaumarchais Mad Day, or Marriage of Figaro, one of the directors of this performance was the famous and unsurpassed Konstantin Sergeyevich Stanislavsky. 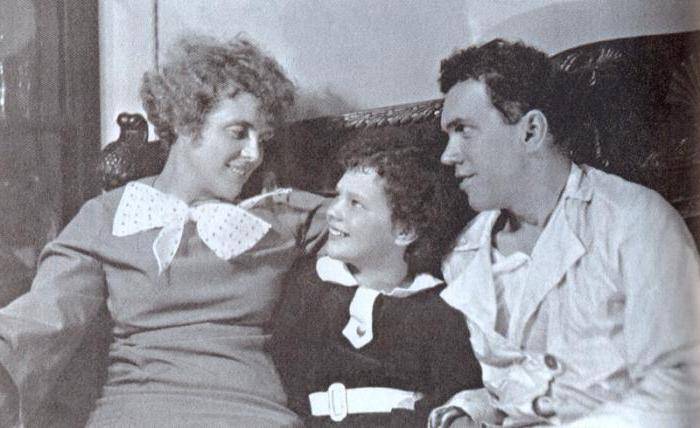 It so happened that Nikolai Batalov became one of the first Soviet actors who spoke to the audience from a large screen. In 1931, he starred in the first Soviet sound film. It was the legendary film “Start in life” directed by Nikolay Ekka. The director of the film decided that, as the head of the labor commune, which will have to successfully rehabilitate the homeless in the “real Soviet people,” Nikolai Batalov will most likely look the most likely. The actor coped well with the task before him, which was complicated by the fact that before that he had been filmed exclusively in silent films. At the same time, the rich theatrical experience of playing on the stage of Moscow theaters allowed Batalov to reorganize and cope with his role in the sound film, ceasing to express emotions exclusively with facial expressions and gestures, as it had to be done before combining pictures and sound in cinema.

In the film “Ticket to Life”, Moscow homeless children who got lost in gangs and gangs decide to re-educate not in a correctional colony, but in a labor commune, where they are made of carpenters, joiners, shoemakers, helping teenagers to get the necessary professions in society. This approach changes the fate of each of the street children. This Soviet film, which premiered on 1 on June 1931 of the year, next year was waiting for international recognition, he received the award of the I International Film Festival in Venice. The painting brought fame to Soviet cinema and was bought by 26 countries. In 1933, the actor Nikolai Batalov was presented to the rank of Honored Artist of the RSFSR for his success in the work in the theater and in the cinema. In the same year 1933, he began his teaching activities, taught acting skills in the GIK and CETETIS.

After the film “A Voyage to Life”, Nikolai Batalov, whose fate was inextricably linked with the main stories the formation of domestic cinema, played exclusively the main role. In 1932, he played Lev Horizon in Lev Kuleshov’s drama Horizon about a Jewish youth who decides to emigrate to America. And in the feature film by Vladimir Brown and Isaac Menaker, “The Treasure of the Dead Ship,” he played Alexei Panov of the Red Navy EPRON (Expeditions of special purpose underwater works). The film, which was released in 1935, told viewers about the discovery of a treasure of gold coins on board a sunken English ship. Underwater surveys took place at the bottom of the Black Sea in the area of ​​Balaklava with the direct participation and consultation of EPRON. In the USSR, this state organization was engaged in raising sunken ships and submarines, existed from 1923 to 1942 year. 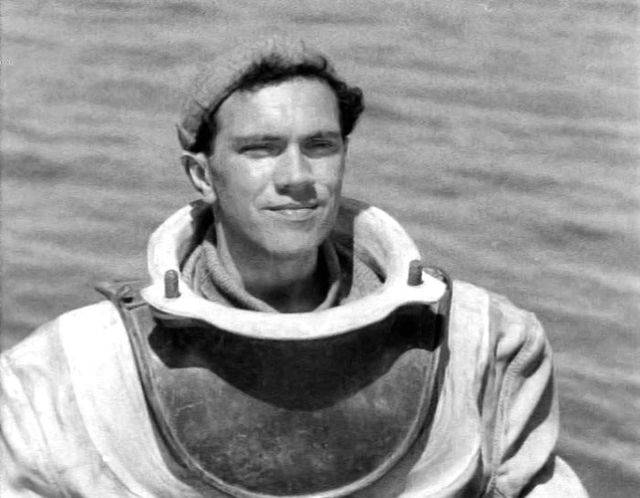 Because of the tuberculosis suffered in 1923 and the consequences of the disease, sometimes the actor was forced to give up roles following the advice of doctors who forbade him to overwork. Her husband’s poor health often upset his spouse Olga Androvskaya. This talented actress, beginning with the 1930 year, when Nikolai Batalov’s state of health deteriorated sharply, almost completely abandoned her theatrical career, concentrating on the house and grooming her husband, she did it until his death.

The last feature film Nikolai Batalov managed to do was the famous Soviet comedy “Three Comrades,” directed by Semen Timoshenko. In it, he played the role of the head of the rafting of Latsis. The film was shot in 1935 year, then in February 1935, the actor for the last time in his life went to the stage, in his last performance he played the never discouraging Figaro.

After 1935, the actor spent most of the time on treatment, visiting sanatoriums, hospitals, and various health centers. He tried to improve his health in the Polish resort of Zakopane, was treated in Italy in the North Caucasus, but all to no avail. The disease did not recede. In May 1937 of the year already seriously ill Nikolai Petrovich Batalov received an honorary award - the Order of the Red Banner of Labor, however bright positive emotions from the award could not fix anything, in November 1937 of the year he died before reaching his 38 anniversary. He was buried in Moscow on the territory of the Novodevichy cemetery. His nephews, the famous actor Alexei Vladimirovich Batalov, who did not play the roles in the movie later, will be remembered by the audience for roles in the films “The Cranes Are Flying”, “Nine Days of One Year” and “Moscow Doesn't Believe in Tears”.