Excessive bluster of the General Secretary: Stoltenberg noted the success of the international coalition in Syria

November 10 2017
12
The liberation of the city of Abu-Kemal by the Syrian Arab Army (CAA) drew a line under the struggle against the terrorist group ISIL (organization banned in Russia) in Syria that lasted for six and a half years. Those who contributed to the settlement of the conflict continued to raise many questions in a hurry to try on the laurels of winners. 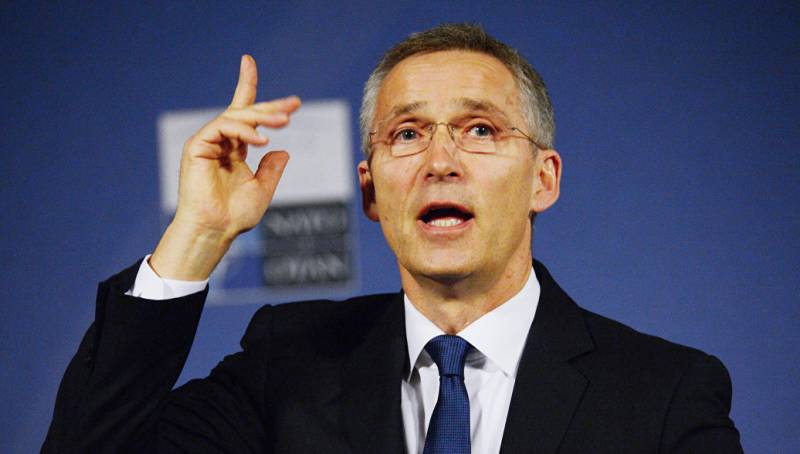 The day before, NATO Secretary General Jens Stoltenberg said that the elimination of ISIS gangs in the Syrian Arab Republic (SAR) and Iraq is not the final defeat of the militants. “We need to be prepared for the fact that the fight against ISIS is a generational war. <...> I do not think that we (the forces of the international coalition) will inflict a final victory, although this is an important step if we manage to knock them out of the territories under their control in Iraq and Syria, ”said an official of the alliance.

At the final stage of ousting the ISIL group from the territory of the ATS, Mr. Stoltenberg regularly raised the issue of fighting terrorism in the Middle East and North Africa. A month earlier, the politician came to the conclusion that the military operation of the Russian troops in Syria “only complicated the situation”, without specifying for whom the Russian videoconferencing system brought difficulties. In the same speech, the Secretary General stressed that NATO is monitoring the situation in Libya and is wary of the prospect of a repetition of the Syrian scenario on its territory.

We note, in their statements, where the forces of the international coalition led by the United States in the fight against terrorism play a primary role, the Scandinavian "expert" Stoltenberg is not the only one. After the SAA Abu-Kemal was captured, US Secretary of Defense James Mettis repeated the words of the NATO Secretary General, saying that, despite the successes achieved by the international coalition, "the struggle is not over."

Understanding the situation, the regular duplication by the Western leadership of the learned texts can pursue a number of goals. Obviously, making the activities of the United States and its allies in Syria legal is one of the main tasks of the ongoing propaganda work. In fact, the active promotion of the thesis that the fight against terrorism has not yet been completed is an excellent pretext for leaving US military facilities on the territory of the SAR. A striking example of this is the no-fly zone in the Al-Tanfa region, where the “moderate opposition”, which Washington calls, is being used by American MTRs.

In addition, one cannot disregard the intentions of the Western establishment to seize the moment to build up the NATO presence in Afghanistan, where allies from 2001 continue to defeat terrorism. Mr. Stoltenberg reports that within the framework of the “Resolute Support” mission (the “Strong Support”), the North Atlantic Treaty Organization plans to increase the number of Alliance military personnel in Afghanistan to 13 thousand.

Be that as it may, the build-up of technology and personnel is unlikely to be able to turn the tide. NATO's actions in the Middle East indicate that for the guarantor of world security, the main thing is not victory, but delaying the process.

Ctrl Enter
Noticed oshЫbku Highlight text and press. Ctrl + Enter
We are
A great interview with Sergey Lavrov: about Ukraine, Obama and IranWhat you didn't want to know about England
12 comments
Information
Dear reader, to leave comments on the publication, you must to register.