Libya, Syria, Ukraine: one scenario, the puppeteers are the same

November 12 2017
23
Geopolitics will not seem so difficult to understand, if you select repetitive aspects. For example, a thoroughly planned and at the same time cruel coup d'etat passes through the Ukrainian, Libyan and Syrian crisis. Such a overthrow of the government under the noble pretext can be called "geopolitics of crocodile tears."


There were times when strong countries easily invaded the territory of the weak. Today, the elite is developing entire Hollywood scripts with heroic acts, sad stories and self-sacrifice.

Here are some simple facts. Libya and Syria were too independent and successful, so they attracted the attention of globalists. Ukraine is one of the key figures in the geopolitical arena: having acquired Ukraine and the Crimea, one could significantly weaken Russia.

The scenario of events in Libya, Syria, and Ukraine is the same: first the people were brought to anger, and then, in the midst of unrest, they staged a coup and presented it as a liberation. 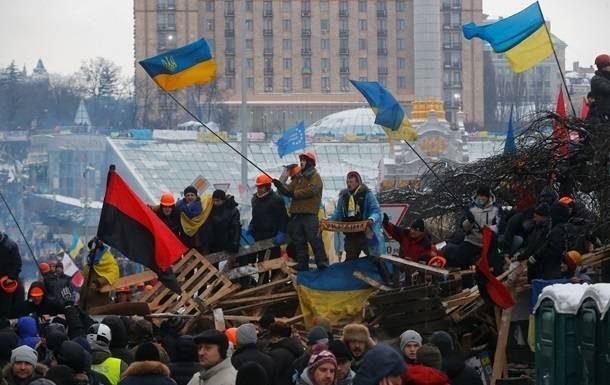 2 stage: the killing of protesters, which leads to the indignation of the people; The UN adopts resolutions or imposes sanctions.

3 stage: armed rebellion and an attempt to overthrow the government.

4 stage: if the 3 stage ends unsuccessfully, funds are allocated to conduct a full-scale civil war, the purpose of which is to overthrow the government.

It was reported that “peaceful protests” were taking place in all three countries, but in reality this was not the case. Protests always started peacefully, and this set the tone. However, when everything is calm in the country, truly peaceful protests are fading away.

Not much is known about the art of protest and violence in society. But the elite and some groups are real experts in the psychology of the masses. Like marketers who create viral advertisements, social engineering gurus organize protests and riots. For example, the forces of 10 provocateurs and 100 of bribed community leaders can easily organize a protest involving 1000 people, and then turn it into a riot. As soon as the riots begin, the peaceful protesters turn into a dangerous force because of the "herd feelings".

Having enough money and weaponsYou can overthrow any government.

At the time of Gaddafi, Libya was a stable and rich country. Citizens were entitled to free education and medical care, the newlyweds received free housing, the Human Development Index (HDI) in Libya was one of the highest in Africa. Syria flourished, it was safe in the country. Under Assad, the country's GDP tripled, inflation remained low, and the amount of debt dropped by half. Millions of tourists annually visited Syria - a beautiful, free and safe country. Ukraine could not boast of economic success, and the people were not completely satisfied with the actions of politicians, but for Ukraine it is in the order of things.

So how to organize a protest in such circumstances? In Libya, the cause was the "Day of Wrath", which was organized in memory of the 2006 clashes of the year, when police killed several protesters. Initially, in 2011, protests and riots took place only in small remote cities. In large cities and in Tripoli, it was calm. It seemed that no one there was aware of the protests.

In Syria, the first attempts to organize riots in February failed. In March, with more money and propaganda, which was conducted through Saudi-sponsored mosques, protests were organized in the small border town of Dar'a (it is located near the ... American military base in Jordan). The famous mosque Omari in the city of Dar'a has become a storehouse of weapons, ammunition and money. As in Libya, in large cities (Damascus, Aleppo) everything was calm.

In Ukraine, thanks to George Soros, the US Agency for International Development and the National Endowment for Democracy, a streamlined system of social movements was created, ready to immediately get into action. There were no protests outside Kiev, but the media created the illusion that the entire country supported the fake Euromaidan revolution.

At this stage, media around the world publish beautiful photos and videos of peaceful protesters who advocate freedom and justice. Who might not like this? Such media protests have always been called "spontaneous." Of course, most people outside the countries in which the riots took place considered these stories to be true.

At this stage, during the "peaceful" protests violence is committed, blood is shed. But people do not know about the secret part of the scenario: the organizers of the protests use provocateurs and snipers. Trained provocateurs attack police and military, set fire to government buildings. Some of them, in terms of their level of training, are like representatives of the movement Antifa, while others are professional fighters with serious weapons who have been trained to kill.

In Libya, police stations and security headquarters were burned on the third day of the protests. In Syria, even before the protests had grown, dozens of Syrian soldiers were captured and killed. In Kiev, masked men threw incendiary bottles and, armed with chains and fittings, attacked police officers.

At the end of the first scene of the second act, snipers appear, and the course of events changes dramatically. Caught on the roofs and high-rise buildings, snipers are holding the police and protesters at gunpoint. When policemen are shot, as a rule, they believe that the fire is fought by the protesters, so they shoot back. Sometimes among the protesters are provocateurs armed with firearms, who also attack the police.

In Libya, by throwing oil on the fire, snipers at a funeral wounded and killed 15 people. In Ukraine, an analysis of bullets and cartridge cases showed that the same snipers shot at protesters and policemen.

World media and politicians did not pay attention to it and adhered to only one line, describing what is happening in all three countries: government forces attacked or killed peaceful protesters.

A month later, they also spoke about Assad. In the case of the Syrian President, propagandists tried for six years, and it came to the point that "Assad kills and conducts chemical attacks against his own people."

When the president of Ukraine was removed from office, he was accused of "mass murder of the population."

This is a well-known technique of psychological warfare - the promotion of cruelty.

With crocodile tears and feigned discontent, the West has obtained from the UN resolutions against Syria and Libya, the text of which may have been written a few months earlier.

Act Three: a coup without victims

In Ukraine, the West did not use jihadists, but neo-Nazis as provocateurs. The CIA became friends with the Ukrainian nationalists (who opposed Russia) after the end of the Second World War, and these relations did not expire.

Yanukovych is the democratically elected president of Ukraine, who twice happened to be prime minister. In 2004, he won the presidential election, but George Soros organized a “color revolution” and demanded a repeat election. And suddenly the victory was in the hands of a pro-American candidate who managed to get 51 a percentage of the vote.

After 6 years, Yanukovych again took part in the elections, where he honestly won. As president, he spent 4 of the year, and then the US-EU coalition simply drove him out of the country.

This is how the United States brings “democracy” to the world. You can choose any candidate, if only this is the correct candidate.

In Libya and Syria, Gaddafi and Asad were stubborn and did not want to give up easily. A month after the first protest in Libya and Syria, the UN passed a resolution that legalized the weapons of “civilians” (also known as jihadists) and gave NATO the right to shoot down Libyan aircraft. The creation of “no-fly zones” meant only that Gaddafi’s planes could not fly into the sky, and the ban did not apply to American and NATO planes. A month after the start of the protests, 19 March, the US military began to attack Libya with Tomahawk missiles. Thanks to Russia and China, Syria was able to avoid attacks from NATO.

In Libya and Syria, weapons and money for the civil war came from abroad. Libya fell a year later, as NATO aircraft worked as aviation terrorists and destroyed planes, Tanks and Gaddafi's military depots.

In Syria, less than 1 percent of the population joined the armed rebels. Because of this, the “revolution” failed several months later, and thousands of jihadists from abroad were forced to go to Syria. Thanks to billions of dollars and weapons from generous Saudi Arabia, Qatar and other countries, the war lasted 6 years, destroying a prosperous country and the lives of 20 millions of people.

Six years have passed, and Libya still does not have a unified government, al Qaeda and other militants control half of the territories, slavery exists in the country. More than a million Libyans poured into Europe, which created new problems.

Since 2011, Syria’s GDP has declined by 65 percent, debts have doubled, Al Qaeda has been in control of a large province, and it may take 20 years to restore the country.

Ukraine is divided, and people who have lived together for a thousand years are fighting each other. Using what is happening in Ukraine as a clear example, the United States and NATO are spending billions to counter the "Russian threat."

This is a geopolitical strategy of protests mediated by wars and propaganda. It is time for Americans to wake up, understand geopolitics and demand the cessation of costly and immoral wars, which bring chaos, suffering and destruction.

Ctrl Enter
Noticed oshЫbku Highlight text and press. Ctrl + Enter
We are
A.Dugin. Geopolitics of Russia of the twentieth centuryAbout Stalin and Khrushchev
23 comments
Information
Dear reader, to leave comments on the publication, you must to register.