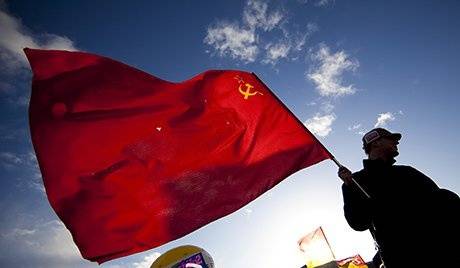 The international forum "October. Revolution. Future" took place in Moscow. Its participants - domestic and foreign experts - evaluated the results of the October Revolution 1917 of the year and discussed the "lessons" that the country could draw from the event that determined not only for Russia, but for the whole world. Scientists believe that socialism can still triumph over capitalism, experts also do not exclude the "second stage" of the development of the revolution, which will complete the process of alternative socio-economic development begun at the beginning of the last century. Details - in the material on the eve.RU.


One of the key points of the plenary session of the forum was the recognition that the event that took place in Russia in 1917 year had not only national but also international content. Professor of St. Petersburg State University Viktor Ryazanov spoke about this, who recalled that already in 1915, in one of Vladimir Lenin’s speeches, it was pointed out that the emerging events should become the “starting point” for the development of the revolution around the world.

"The Russian Social Democrats linked the events in Russia with the global context. This is one of the important features of the events of 100 years ago. Lenin believed that a bourgeois-democratic revolution should take place in Russia, and at the same time a socialist revolution should take place in the West. That is, it was I am convinced that what is happening in Russia will become a kind of “fuse” for the subsequent process of socialist revolutions in Europe. They should have consolidated the results of the bourgeois-democratic revolution in Russia and then ensure that we develop it into otsialisticheskuyu ", - the expert opined.

As the economist noted, even before September 1917, Lenin admitted the possibility of continuing this revolution, making a definite calculation on creating a large coalition of Eurosils. However, at the end of September 1917, the political orientation of the Bolshevik Party and Lenin’s party was changing, and the bet was being placed on the development of a revolution in Russia into a socialist one.

The international significance of the events of October 1917 in our country was confirmed by the results of transformations, Ryazanov continued.

"The fact that accelerated modernization took place in the Soviet Union, that social priorities were ensured in social development, that the country was able to reach a high level of interaction with other states - these are undoubted results that we today use to a certain extent. a resource that has not been fully exhausted yet, "the expert commented.

He also believes that there is no reason to put an end to the "theme of socialism" in connection with the collapse of the USSR. In his opinion, the period of “completion started” in the 1917 year is still coming, since the capitalist system is in an acute crisis.

“As soon as capitalism has disappeared a serious and important opponent in the form of socialism, we see that it has returned to its former form - classical, traditional, with sharp contradictions and economic problems. This gives rise to the question whether the collapse of the USSR means that the theme of socialism means completed? Acute forms of the crisis of the capitalist system indicate that the problem of finding alternative socio-economic development is once again coming to the fore, "said Ryazanov.

So, he admits a variant suggesting the beginning of "the second stage, which will complete the solution of alternative possibilities of socio-economic development."

"In the future, we will be in the face of whether we need to develop a movement that did not work out in the past?" - A foreign expert, a professor at the University of Massachusetts at Amherst, David Kotz agreed.

According to him, the key lesson of the 1917 revolution of the year that needs to be learned is the ability of society to develop. This could happen only in the case of the stability of socialism. “In the transformation of socialism, it was necessary to put power in the hands of people. This is what needs to be done today, now is a very dangerous moment when we see that nationalist forces are moving forward more and more,” he said.

However, the stability of socialism in the USSR "shaken" because of a number of reasons. In particular, a foreign scientist calls among them too much centralization of economic planning in the country. And also the "loss of the former orientation" of the Communist Party at the end of the 20 century.

"We see that the concentration of power at the top was such that, over time, the party leaders ceased to be a group of revolutionaries who wanted to build a new society, but became a group of privileged people, many of whom did not believe in socialism," commented Kotz. 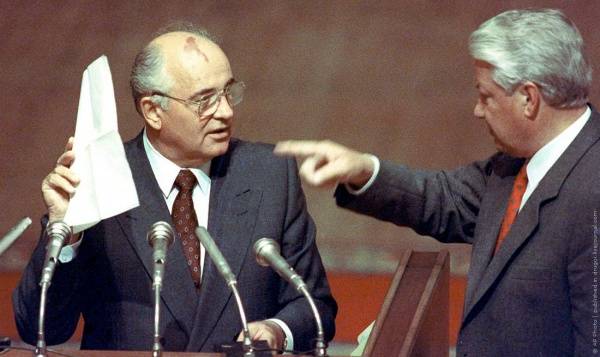 As a result, at the end of 1980-s, Soviet officials began to "pursue some of their goals," the expert said.

"In recent years, polls show that the majority of Soviet people wanted the USSR to remain ... It was the main separation between the leaders of the country and the population. Boris Yeltsin was able to seize the leadership of the pro-capitalist forces, the USSR collapsed then ... It was a crime and a big tragedy," added Kotz

A similar opinion was expressed by Dean Xiaoqin, a professor at Shanghai University of Finance and Economics, who said that the reforms of the last USSR President Mikhail Gorbachev were not based on the principles of socialism, and the Communist Party at that time "lost its orientation." Speaking about the lessons of the 1917 revolution of the year, he focused on the causes of the collapse of the USSR and the impact of this event on events in the world.

“For China, the Soviet Communist Party was an example. We currently have 89 million members in the party. And we are facing the problems that were during the collapse of the Soviet Union, although more than 20 years have passed. We analyze historical events, we understand that we need to understand the reasons for its collapse, "he said.

"We need to better understand what happened from August to December 1991 of the year ... Having won the October Revolution, the socialist party gained control of the state, it was a weak spot of imperialism," said Dean Xiaoqin.

At the forum there were other foreign experts (in particular, Richard Corell), who thanked Russia in the face of their fellow scientists for the October Revolution.

German scientist Herzog Ernst drew attention to the consequences of the collapse of socialism in Russia, noting that the country still plays an important role in the fight against the imperialist system. “It is important for us to know where aggression is coming from - from Russia or from NATO and imperialism? Obviously, from NATO ... It is regrettable that German troops are on the border between Estonia and Russia,” he said.

“We see Russia not as an imperialist country, but as a country that goes its own way from nationalism to capitalism. In the socialist countries, the bourgeoisie is no longer visible, it was hidden, but it is born again only with the help of imperialism,” Ernst added.

According to the expert, post-Soviet Russia still managed to build a system in such a way as to “protect the people” and prevent the hidden bourgeoisie, including the businessmen Vladimir Potanin and Mikhail Khodorkovsky, from being allowed to power.

"We see that there is some resistance so that they come to power. There was resistance inside Russia against the sale of the country's wealth. The forces around Vladimir Putin came to protect the people of the country against imperialism. Russia defends national independence against imperialism. It is very important that Putin - representative of the national bourgeoisie of Russia - against the hidden bourgeoisie, "- said the German scientist.

Professor of Moscow State University, director of the MFUA Institute of Socioeconomics, Alexander Buzgalin, however, did not agree with the opinion of the foreign colleague that Russian leaders represent the "national bourgeoisie."

“Speaking of Russia's international problems, it is important not to forget that there are attempts to pursue an independent policy, but in domestic policy I would not say that the leaders of our country represent the national bourgeoisie. Rather, they represent a bloc of the oligarchic-bureaucratic nomenclature, and the interests of commodity corporations, financial intermediaries and the military industrial complex are dominant.The evidence for this is domestic economic policy, which is not aimed at supporting material production, Russian education, science, it is a policy that strengthens inequality in the country ", - commented the expert.

As he noted, foreign policy runs the risk of “becoming a parody of an independent” if the situation inside the country is not changed.

In his opinion, the model that is needed today and could be a truly effective lesson of the events that have passed over 100 years is social planning. That is, citizens must become co-organizers of public property, each member of society must have ownership of all social wealth, says Buzgalin. At the same time, the ownership of material objects, he said, will soon cease to be a determining factor.

“Changing production relations is a system that should replace the market. I’ll remind you that even 100 has served for years as a means of coordination,” said the professor.

He also added that many of the issues on the current agenda of the country's development - "smart factories, 4.0 industry, material production, the Internet of things, robotics," back in the Soviet era, partly formed the basis of the socialist system.

As the Chinese expert Ding Xiaoqin stressed, the value of the October Revolution is being rethought today, and taking into account the scientific analysis of the reasons for the collapse of the Soviet Union, we can expect that socialism "can still triumph over capitalism." 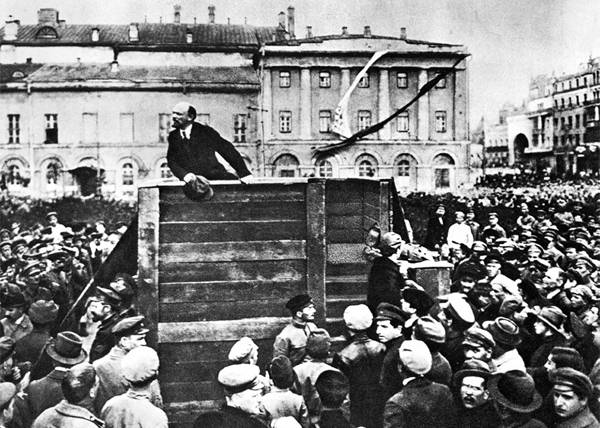 Ctrl Enter
Noticed oshЫbku Highlight text and press. Ctrl + Enter
We are
About Stalin and KhrushchevWhat you didn't want to know about England
Military Reviewin Yandex News
Military Reviewin Google News
70 comments
Information
Dear reader, to leave comments on the publication, you must to register.