November 16 2017
24
After the bloody battles on the 15 - 21 July 1916 river, the command of the Guards Troops (Special Army) had an idea to break through the enemy front on the sector where he least expected it.


On the night of 23 July, the 1-I and 2-I guards divisions, having made an 35-km night march along the front, concentrated in the region of vil. Yanovka - Manure. The Life Guards Izmailovsky Regiment changed its position to the secondary 282 Infantry Regiment of Alexandria. The commander of the regiment, Major General N. N. Schilling, ordered the preparation of the bridgehead from which the regiment was to attack the enemy. 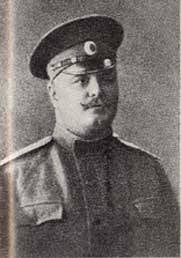 The position was in its infancy - no fortification work was carried out. For three nights, the Izmailovs put the position in order, and the excavation work was still not finished when an assault on enemy positions was assigned to 26 July. The 1 and 2 lines could be prepared, but the message lines leading to them (along which the reserves should have been pulled up) were only ready for knee depth.

The enemy's position stretched along the edge of the forest, having two lines of trenches protected by wire barriers (at the most important defense points - up to 6 steps wide).

In 6 hours 26 July began artillery preparation attacks Guardsmen. In the 11 hours of 30 minutes, the fire of the Russian howitzer and field artillery focused on the enemy's trenches - and under the cover of fire the 3 th battalion rushed to the attack. But almost immediately rolled back - the artillery did not break through the passages in the German wire. The 4-th battalion moved behind the 3-m and quickly became involved in the passage of the message leading to the first line - in them and lay down. Since the posts were dug up only to the knee depth, the battalion had to spend three hard hours under continuous fire from the enemy's heavy and field artillery - suffering losses.

After the first unsuccessful attack, the artillery repeated the artillery preparation and in 16 hours the 3 th battalion again rushed to the attack and was forced to lie down in front of the wire - it again turned out to be whole. And the 11-I company lost its only officer - Ensign Vitkovsky. The valor of the 3 Battalion was amazing: the soldiers tore the wire with their butts and hands, and in a few minutes the barbed wire was littered with the bodies of Izmailovsky heroes.

The impulse that prevailed in the battalion makes it possible to judge the letter found by the fallen non-commissioned officer of the 9 Company. The letter contained the following words: “Dear sister. Tomorrow attack. Before us is a formidable enemy, all covered with wire, but we will destroy him. I feel that I will be killed tomorrow. Do not cry, I will die for Faith, Tsar and Fatherland. ”

The advancing left of the 11 Company 9 Company under the command of Captain A. V. Esimontovsky 2 also performed miracles of heroism. Despite the contusion of the company commander and the loss of both junior officers (Lieutenant Baron Shtakelberg and Warrant Officer Sadovsky) and many lower ranks, the company overcame the wire fence and knocked the Germans out of the first line of trenches.

As soon as the 3-th battalion moved into the attack, the 13-th, 14-th and 16-th company, having jumped out of the message moves, began a rapid movement for the 9-th company.

The 3 and 4 battalions that moved to support the 2 and 1 battalions were stopped by enemy fire due to an underdeveloped bridgehead and, above all, due to the lack of communications.

Thus, only four regimental companies entered the Kukhar forest (9-I, 13-I, 14-I and 16-I). The 9 Company was moving ahead, taking the direction to the right of the breakthrough location - in order to ensure the right flank of the offensive.

The general command of the 4 battalion of the battalion in Kukharsky Forest was assumed by the lieutenant Obruchev - despite the concussion received at the beginning of the battle. Having ordered the 16 th company to move to support the 9 th, 13 th and 14 th company, he took the lead personally.

The approach of the 13, 14 and 16 mouth to the leading battle of the 9 company and the divisions of the Moscow Guards regiment gave impetus to the attack, allowing the enemy to be brought down again. Another tension - and our parts would take possession of the western edge of the forest.

At this time, a movement began in the ranks of the retreating enemy — some troupes of soldiers began to stop and fire back. Clearly felt the change in the situation. Indeed, among the trees appeared a slender advancing chain of a fresh German battalion, which kept the direction of impact on the exposed right flank of the Izmailovites.

Russian chains under the onslaught of the enemy counterattack began to pull back and reached a broad clearing that ran through the whole forest. Izmaylovtsy occupied the eastern edge of the glade, and the enemy western.

Waste through the forest was very heavy. An unforeseen difficulty was that during the attack, due to lack of time, the occupied trenches and enemy shelters were not cleaned - and enemy soldiers who had not managed to escape lurked in them. When they left Izmailov, they fired and threw Russian chains at them with hand grenades. Largely because of this, the bodies of Lieutenant Obruchev and Second Lieutenant Sokolov could not be brought out, nor was the evacuation of the wounded to the head and foot of Second Lieutenant von Richter.

Coming out of the forest, the chain Izmaylovtsy lay down.
In 19 hours, they counterattacked, but due to the lack of reserves, they were able to advance only half a kilometer deep into the forest, where they entrenched themselves. At this point, the enemy again received fresh reinforcements, and the Russian chains began to pull back.

The chains held the first line of enemy trenches, but after 20 hours, an order was received to take the starting position.

From the 1000 of the lower ranks, the officers of four companies participating in the forest battle remained in the 9, with only one officer remaining in the 300 ranks. In total, the regiment lost 11 officers that day and about 1000 lower ranks.

The battle was so fierce that there were almost no healthy prisoners.

What are the reasons for the failure of the guards?

They lie in the field of tactics - above all, inadequate preparation of an infantry attack.

The artillery preparation of the attack was insufficient. Organization of fire, observation conditions, absence aviation played a role. But the artillery could not only prepare the attack, but also with its fire stop the coverage of the parts that had captured the forest - and the forest would remain for the guards.

The offensive plan was developed poorly.
So, at the breakthrough front, apart from the regiments that occupied the front lines and conventional reserves, there was no reinforcement troops. The available reserves (for example, the Life Guards Egersky Regiment) were to enter the front line fairly quickly, and there was nothing to feed the offensive. That is, there was no strike fist and level of development success. There was not a single cavalryman in the whole area, but the cavalry could have developed the success of the breakthrough. The fact is that the attack of the Kukharsky Forest was to be local in nature (straighten the front line on the north bank of the Stokhod River) and this task was assigned to the 1 Guards Corps. It was believed that the forces of the latter were sufficient, and the headquarters of the Guard troops believed that his intervention in the organization of the attack should be minimal. In fact, the preparation of the attack was carried out by the Chief of Staff of the 1 Guards Corps, Major General KI Rylsky, and Corps Artillery Inspector Lieutenant General E. K. Smyslovsky. KI Rylsky, a self-confident and very stubborn person, at a meeting in the headquarters of the 1 Guards Corps did not allow anyone to make significant adjustments to his plan. The obvious shortcomings of the latter were actions at the junction of the divisions (1 and 2 of the Guards) in the forest and such a direction of attack, which could lead (and led) to the through passage of some parts through the others. The front of the two divisions was at right angles - and attention was paid to this possible future difficulty (crossing) and even in forest conditions. But KI Rylsky, who did not want to lose the reputation of a “solid” commander, rejected all the arguments. 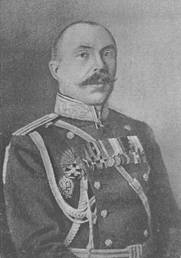 EK Smyslovsky could not properly prepare the artillery preparation. He believed that in his position of “inspector” he gives only general instructions and sets goals - without supervising their implementation. 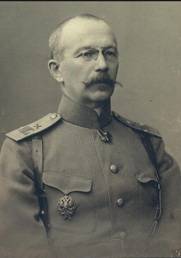 The lines of the trenches were not straight - and on leaving the trenches, the attacking companies took to the left. As a result, the right flank was weakened and opened to the blow of the enemy. In the forest, it was also not possible to withstand the right direction, and the departure to the starting position under these adverse conditions naturally caused unnecessary losses.

In general, speaking of the actions of the Troops of the Guard in the battles of the campaign 1916, the following circumstances should be noted. Firstly, this is a disadvantageous attitude of the higher headquarters towards the Guard for the Guard - it was especially strong during the Stokhod fighting. Adjutant General V. M. Bezobrazov put a spoke in the wheel, and then blamed the failure of the operation only on him and his headquarters. The latter acted too “Guards”, pledging to carry out the obviously unrealizable without reasoning. The successor to V. M. Bezobrazov, V. I. Gurko, behaved in a completely different way: he, as they say, “cursed” with the front headquarters and with Headquarters, invariably scoring them with his argument - which, alas, was not enough for V. M. Bezobrazovu.

As a result, V.I. Gurko “crushed” the senior staffs under him and became a complete “master” in his army. He was not denied reserves, which he invariably did in respect of the Guard Forces in the summer of 1916. And, in the end, V. I. Gurko received so many reserves that the Special Army grew to the size of the Great Army of Napoleon 1812 of the year (13 corps). Despite this, V.I. Gurko forced the Stavka to abandon the idea of ​​a “decisive” offensive against Vladimir-Volynsky.

It was necessary to teach the Guard and the specifics of forest combat - especially the nuances of orientation and maneuvering in these conditions. Izmaylovtsam was destined to have the experience of another forest battle - under Svinyuhi.

After the end of the Kukhar battle, the Izmailovsky officers wrote a letter to the Germans asking them to clarify the fate of their officers - Obruchev, von Richter and Sokolov. The letter was transmitted during the cleaning of corpses in front of enemy trenches. The next day, the Germans, in a very kind reply, notified the Russians that Obruchev and Sokolov were killed and buried behind their positions, and von Richter was wounded and held captive. The letter contained the phrase that they were surprised at the cruelty of the Russian Guardsmen, who overpowered the Germans who had surrendered to captivity. Indeed, when the Izmaylovoists broke into the German trenches, then somewhere in the shelter, the Germans who had surrendered began to shoot back. This caused the bitterness of our soldiers, and they perekololi all - not taking a single prisoner. Despite this episode, the valor of the Izmailovs was emphasized in a later-captured German newspaper.

The tactical experience of the Kukhar battle was not in vain, and the Izmailov showed outstanding heroism and military courage.

4. The company of His Majesty of the Life Guards Izmailovsky Regiment. Photo 1915 of the year.