November 9 2017
101
Regular tales of the Ukrainian commanders of the so-called "dobrobat" presents the Ukrainian press. New tales about how the Ukrainian units "heroically" fought near Ilovaisk, says the battalion commander of the 46 battalion, Vyacheslav Vlasenko ("Filin"). An interview with him publishes an information resource. "Apostrophe".


According to the battalion commander, his battalion is so mobile and trained that the command tries to use it in the most "troubled areas".

The main statements made by Vlasenko during the interview concern how he and his battalion “smashed” the Donbas militia and the “Russian army”. From an interview with the “terrible” battalion of Ukraine:

We came here at Chermalyk two months ago. The first week we were fairly hard fired, including, with 2-1 "Carnation" howitzers. The guys there probably didn’t know what kind of unit went down ... After that we killed them all - and this silence. 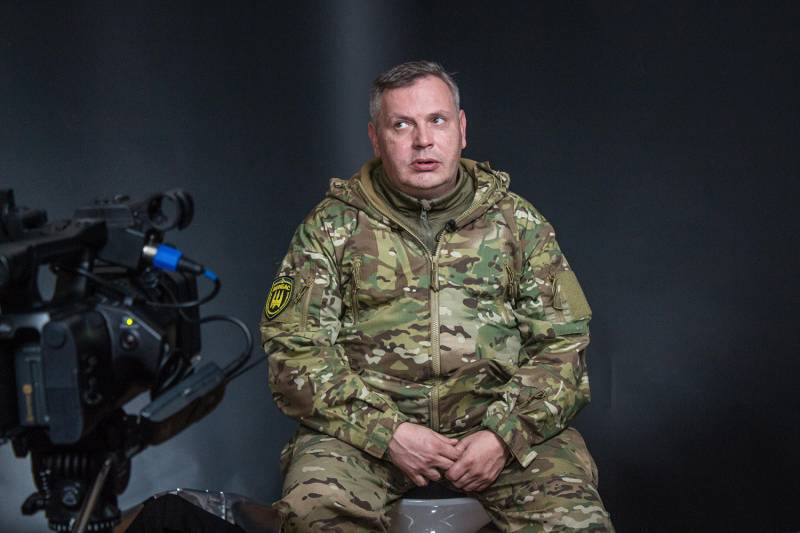 The correspondent Lilia Ragutskaya is not without surprise:
Killed?

Vlasenko:
Killed And you thought we were there kissing them, or what?

The journalist noted that she took this statement as a joke, but Vlasenko said that "this is true."

Then Vlasenko told the Ukrainian journalist why, as he himself believes, the enemy will not attack the battalion, which he commands in the near future. The journalist suggested that "the cause is winter." But Vlasenko stated the following:
It is unlikely that the approach of winter. In 2016, we were in Marinka for almost five months — and they threw various powerful units against us. Including, and their elite battalion "Legion", which reports directly to Zakharchenko, the leader of the DPR. Muslim spetsnaz was also thrown against us, there were Chechens and Dagestanis. The 331 th paratroop regiment of the Russian Federation was thrown there - the same one that shot us in the "green corridor" when we were leaving Ilovaisk ... We killed them all. And the paratroopers also burned. They are very loud when everything was burning there, shouting: "The landing does not surrender." As if we were going to take them into captivity.

Then Vlasenko said that he himself managed to be in captivity in 2014, but was released through the Red Cross, since “they didn’t know what to do” with him.

Vlasenko:
Ilovaisk - it was great battle. And the last, extreme stage of this battle was the exit through the "green corridor", the betrayal of Russian, Russian officers and the deception of Putin, which guaranteed us an unhindered exit if we left this city. We could continue to fight, we could stand there for at least another three weeks. And it would spoil all the plans of the Russians. Imagine, they surround us there, make ambushes and wait - a day, two, three. And on the fourth day we went to this “corridor”. And if they had not gone? .. And then the Russians would have suffered losses. And if our command had also planned to strike them in the back, in the rear, I think these nine Russian battalion tactical groups that had entered we would have broken.

Combat Vlasenko, who was “heroically” captured, after which he “burned all the Russian paratroopers, Chechens and Dagestanis,” could claim to be one of the leading storytellers of modern times.

Ctrl Enter
Noticed oshЫbku Highlight text and press. Ctrl + Enter
We are
Reports from the militia of New Russia for 27-28 September 2014 of the year
Military Reviewin Yandex News
Military Reviewin Google News
101 comment
Information
Dear reader, to leave comments on the publication, you must to register.