In Primorye, arrived after the repair of X-NUMX helicopters Ka-6 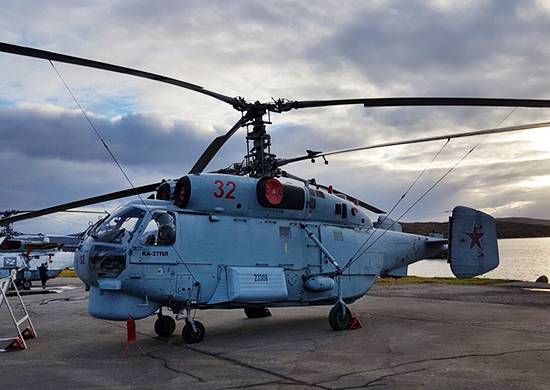 It is reported that "helicopters were delivered to Knevichi airport by Il-76 military transport aircraft, after which they were received by crews, completed the final assembly and conducted test flights."

The flight to the permanent location of the Ka-29 was carried out accompanied by the An-26 aircraft and the naval aviation of the Pacific Fleet Mi-8 helicopter. In the near future, the crews on the updated aircraft will begin to work out tasks for their intended purpose.

Help of the press service: “Ka-29 - naval transport and combat helicopter, the further development of the Ka-27 helicopter. Designed by OKB. NI Kamov at the beginning of the 1980-ies and is intended for landing marine units with their fire support, transporting various cargoes from ships. ”