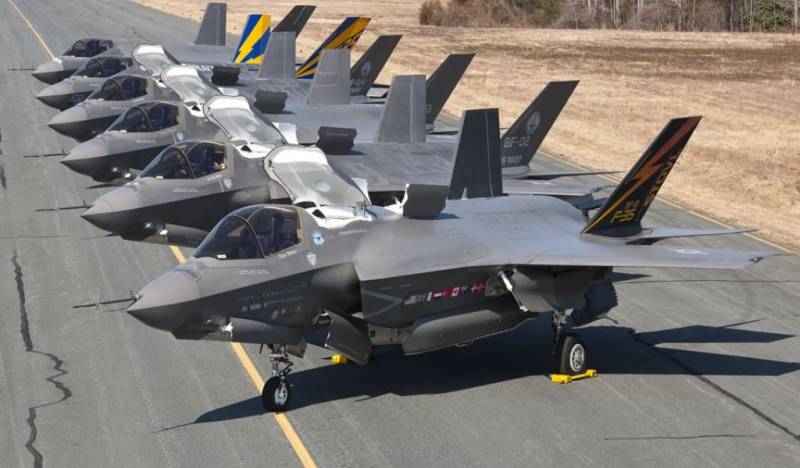 October 30, Russian President Vladimir Putin at a meeting of the Human Rights Council reported that the US military is collecting biological material from Russian citizens. Many experts immediately began to recall the numerous biological laboratories of the United States located along the perimeter of the borders of the Russian Federation, not without reason suspecting Washington of intentions to develop viruses and infectious diseases intended for the “pinpoint” damage of certain ethnic groups.

Liberal Russian media immediately began to make fun of the Russian president, and even suggested that he was "not in the subject." And "Radio Liberty" immediately devoted several programs to this topic, in which the same point of view was actively supported.

Such synchronous activity cannot but cause the feeling that Vladimir Putin has hit the mark. Especially when you consider that “Freedom” is fully supported by the US government. And such concern on her part looks quite explicable.

So, back in July, 2017 of the United States Air Force announced on the Federal Government Opportunity government procurement website that RNA samples were purchased for samples of the synovial membrane of citizens of the Russian Federation of the Caucasians. The ministry noted that the absence of injuries of the musculoskeletal system, HIV, hepatitis B, C and syphilis should be a prerequisite for the purchase. Donors are required to indicate the region of residence, gender, age, ethnicity, smoking history, medical history, height, weight and other data. The cost of procurement was not specified.

However, for some reason no one paid attention to the fact that biological laboratories, located in Ukraine, Kazakhstan, Georgia and some other countries where various viruses and disease strains are being studied, are funded not by the US Air Force, but by “Defense Threat Reduction Agency "(" The United States Department of Defense Threat Reduction Agency "), or USAID -" United States Agency for International Development "(" United States Agency for International Development ").

The US Air Force expressed a desire to acquire 12 samples of RNA and 27 samples of the synovial membrane, producing the synovial fluid necessary for the functioning of the joints. Biomaterials, according to Air Force spokesman Bo Downey, were needed because “currently the Molecular Research Center of the 59 Medical Air Group is conducting studies of the musculoskeletal system to identify various biomarkers associated with injuries.”

For these studies, the Air Force needed two sets of samples - with diseases and control samples of RNA and the synovial membrane. The first set was provided by a “US based company”.

The veil over the secret was opened in the very center for molecular studies of the 59 medical aviation group.

Here, on condition of anonymity, they stated that the reason for such purchases was the actions of the Russian Aerospace Forces in Syria. It turned out that modern Russian aircraft such as Su-35, Su-27CM, Su-30CM, Su-34 significantly surpass in admissible overloads not only F-15 and F-16 US Air Force fighter aircraft, but also the latest F- 35. 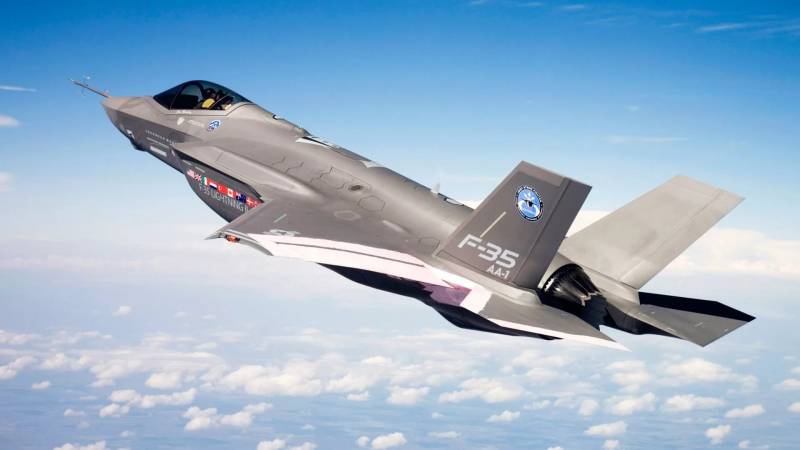 Piloting it, even with very small overloads in comparison with Russian aircraft, leads to the entry of outside air into the F-35's cabin, which is “enriched” in pairs of spent aviation fuel, with corresponding consequences for the pilot.

But if this deficiency can somehow be eliminated, then another circumstance led to the very real crisis of the entire F-35 program: the fact is that, according to the American edition of the Fiscal Times, which in turn referred to the Pentagon, It requires pilots weighing no more than 62 kg, taking into account the equipment. This is due to the features of the cockpit and the working conditions of the pilots.

As evidenced by the entire history of air combat, a pilot with such a weight is simply not capable of conducting air combat with extreme g-forces. And there is plenty of evidence.

So, during the first encounter with Soviet fighters in the battles over Khalkhin Gol, it turned out that the Japanese pilots did not withstand such overloads that Soviet pilots suffered. 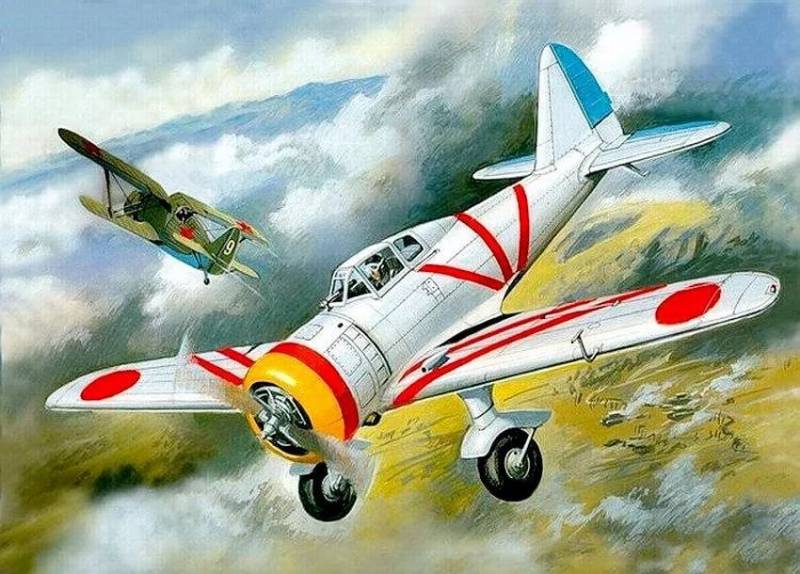 At the same time, in the battles between the American and Japanese pilots during the Second World War, the physiological difference between them in this respect was practically not noted.

But the German pilots of the Luftwaffe overwhelmingly avoided maneuvering fights on turns with Soviet fighters, because they could not withstand heavy overloads. This fact was confirmed by the training air battles of the German aces with captured Russian pilots, who, even when weakened, could fight on equal terms with the pilots of Goering. 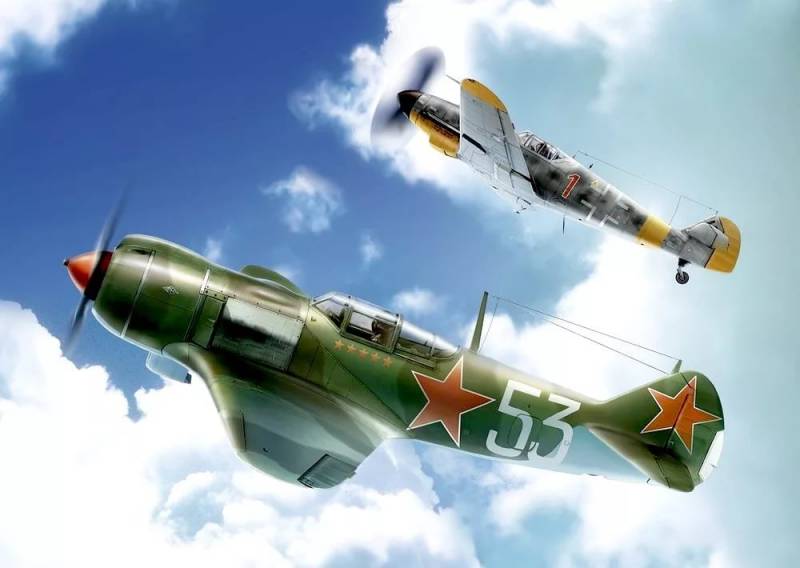 American specialists were even more surprised during the war in North Korea, where US Air Force pilots everywhere used high-rise suits. IWC facilitated the work of the pilot in case of overloads (air is automatically supplied to the suit under pressure, compressing the abdomen, legs, arms, which normalizes blood circulation and facilitates the physical effect of overload).

And the Soviet pilots did not have such suits during the Korean War, and flew in their usual uniform, leather jackets, sometimes just T-shirts and uniform pants of the Chinese or North Korean air force. 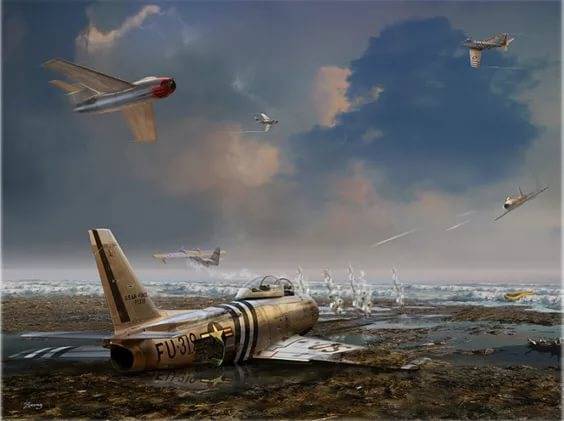 In the air battles, the US Air Force pilots quickly realized that if the MiG-15 repeatedly performs maneuvers with extreme overloads during the air combat, then this is a Soviet pilot. If he does not go for it, then this is a very weakened Chinese or North Korean pilot who you can not fear so much ...

A similar pattern was repeated during the Vietnam War. 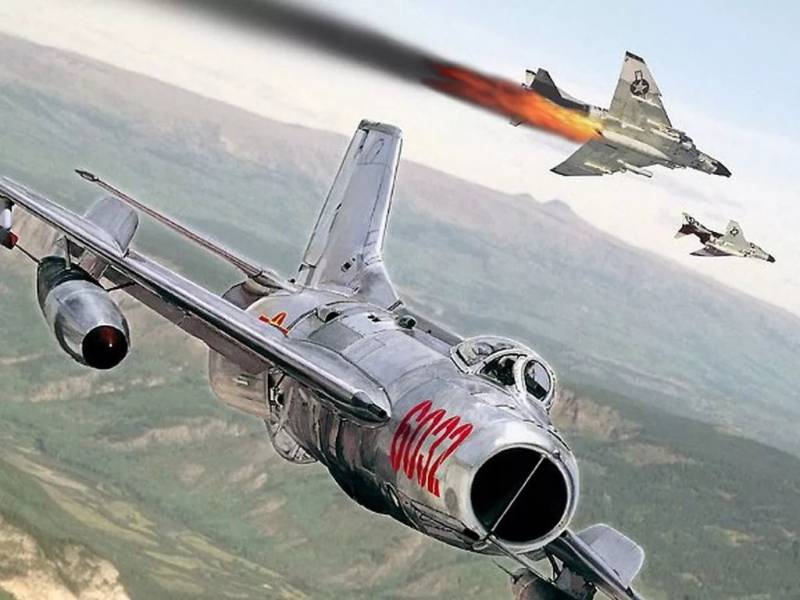 Knowing these differences in physiology, the Pentagon, until recently, quite successfully sought to hide this fact. And therefore, he focused on air battles at medium, and even better, long range, where the decisive factor was the advantage of the US Air Force fighter jets in the enemy's detection range, the presence of missiles of the appropriate combat radius, and the subtlety of their own aircraft.

But in Syria, the US Air Force had to face the newest models of Russian electronic warfare (EW), which equipped the aircraft of the generation of the 4 ++ generation. And it turned out that they are capable of neutralizing the means of detecting and tracking airborne radar fighters of the US Air Force, as well as virtually guaranteed to prevent American missiles of medium and long range from reaching the target.

Thus, in the event of a potential conflict, the US Air Force fighter pilots will have to engage in close air combat with Russian pilots who are physiologically better prepared for it. 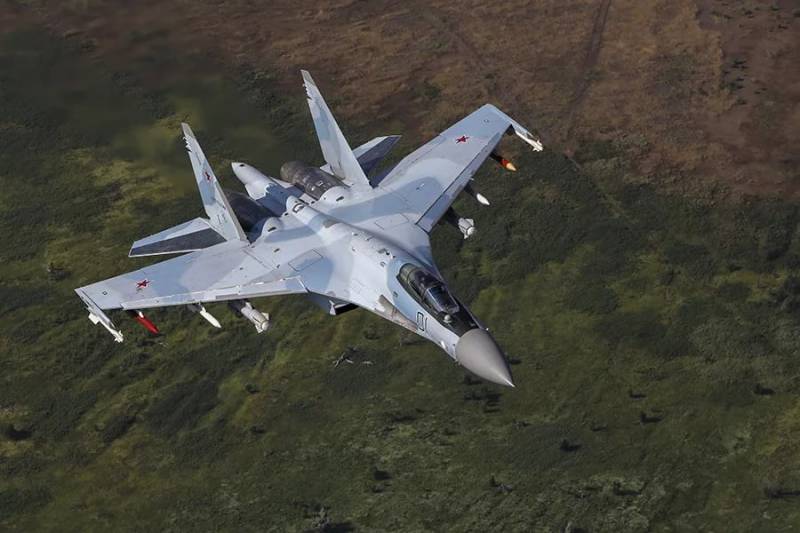 That is why, as evidenced in the Molecular Research Center of the US Air Force 59 Medical Aviation Group, an urgent task was received here from the Pentagon to urgently conduct research on this topic and develop means for enhancing the physical fitness of American pilots.

We are talking about both bio-additives and drugs.

At the first stage of the research, certain differences were found in the composition of synovial fluid and RNA tissues belonging to Caucasians of Russian origin and Americans, which, however, was to be expected.

And in the “special conditions” which are not subject to disclosure, there was a requirement to receive these samples from fighter pilots of the Russian Aerospace Forces in a mandatory manner.

That is why it is quite understandable that such a panic arose after the statement of the President of Russia, since it directly hinted that the Kremlin was aware of the helplessness of the US Air Force.