Sanctions are expanding and tightening, and agriculture is only growing 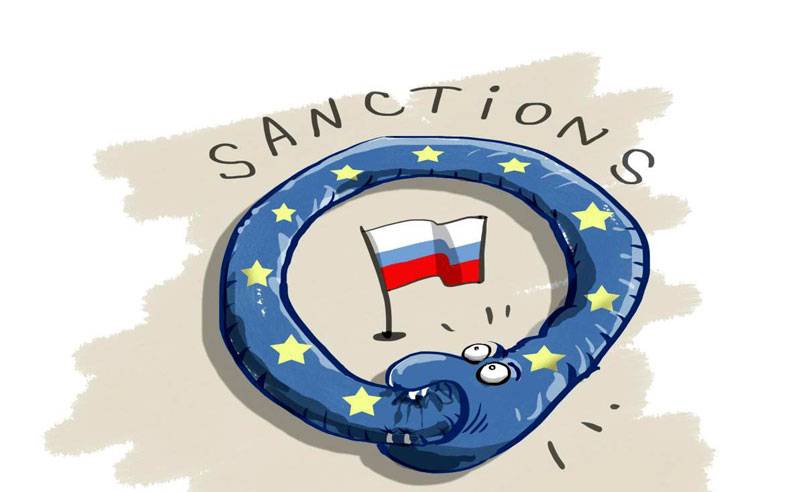 ... with agriculture, everything is really “very bad”: sanctions have so successfully stimulated this sector of the economy that it is experiencing a real boom today. For example, the country's largest agricultural company, Rusagro, in 2016 increased by 16 percent and increased the sale of grain by 49 percent. The success of agricultural producers instantly reflected on the value of shares of the largest Russian agricultural holdings, such as Cherkizovo, Phosagro and Rusagro, which have more than doubled in price since 2015.

Most recently, Russian Prime Minister Dmitry Medvedev said that about 132 million tons of grain had been harvested in the country, which is the best result “for the whole history"In turn, Russian President Vladimir Putin proudly noted that the export of Russian agricultural products in 2016 exceeded the volume of arms exports. It should be recalled that in the same 2016, Russia had already pushed the United States from the position of the largest exporter of wheat, producing 120,7 million tons and this year, according to forecasts, Russia will bypass the European Union and become the world's largest grain exporter. According to official statistics, overseas deliveries of food and agricultural products increased in January-August 2017 and 19,6 percent, reaching the sum of 11,9 billion dollars. Today, Russian agricultural products are supplied to more than 140 countries of the world, while only ten years ago the export geography was much more modest and consisted of 40 countries. boom "the authorities will continue to remove barriers and increase support for the agro-industrial complex as the largest non-oil exporter of Russia.

The only thing is that agriculture has fallen from its knees, skeptics and critics in the West are grumbling, and ... they will be wrong, because a similar boom is also demonstrated, for example, by the fishing industry, which produced by the first half of this year 664 a percent more fish and seafood compared to the same period last year. The Russian aquaculture company, the largest in the industry, intends to increase the production of fish from 2025 to 25000 thousand tons by the year of 30000. And there are dozens of similar examples, including those in other sectors that are “faint” from Western sanctions in the Russian economy. Many analysts, meanwhile, agree that in the long run, Russian agricultural and fishing companies are "much more attractive for investments" than Western ones.

As they say, every cloud has a silver lining. A direct consequence of economic sanctions was the fact that they led to a change in the mentality of the Russians, forced them to focus on Russian goods. And if skepticism regarding the competitive opportunities of domestic producers was very strong at the beginning of the sanctions, today Russian consumers are increasingly focused on domestically produced food products, many of which are clearly superior in quality to their foreign counterparts.

All of the above, without any doubt, testifies to the high stability of the Russian economy, the correctness of the Kremlin’s economic course and only adds confidence that the government will be able to successfully transform Western sanctions into an opportunity to develop the national economy with a view to the future.