November 9 2017
23
The Russian Helicopters holding, which is part of the Rostec state corporation, delivered the first batch of military transport helicopters Mi-8AMTSH to the Rosguard, the press service of the company reported.

Machines have already arrived at their base and have begun to carry combat duty.
- said in a statement. 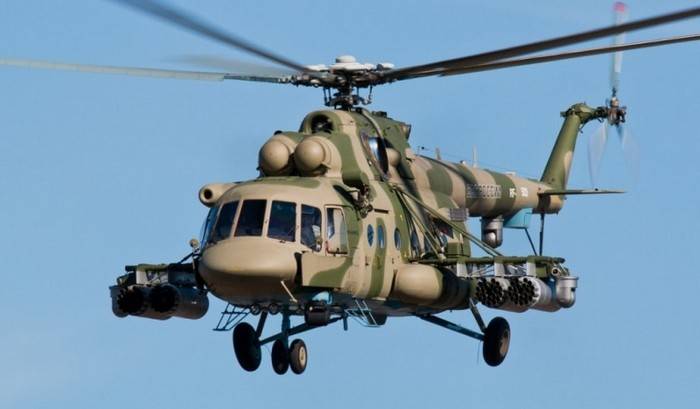 According to the holding, the supplied helicopters are equipped with modern radio communication and flight-navigation equipment, and a satellite navigation system is installed on them. Machines adapted to the use of night vision goggles. In addition, the main fuel tanks are filled with polyurethane foam, which prevents the explosion of fuel from small bullets weapons, and additional fuel tanks placed in the cargo compartment increase the helicopter's range to 1065 km.

Enhancing the security of helicopters when performing combat missions is achieved due to the installed set of easily removable armor plates, the presence of a device for ejecting heat traps HC-26M and equipment for setting infrared interference
- noted in the "Helicopter Rossi".

The number of helicopters in the lot is not called, but earlier in the holding they announced plans to supply three Mi-2017AMTShs in the fourth quarter of 8.