Trump - Xi Jinping: the DPRK's problem can be solved

November 9 2017
43
US President Donald Trump at a meeting in Beijing, said Chinese President Xi Jinping that the problem of North Korea can be solved, reports RIA News. 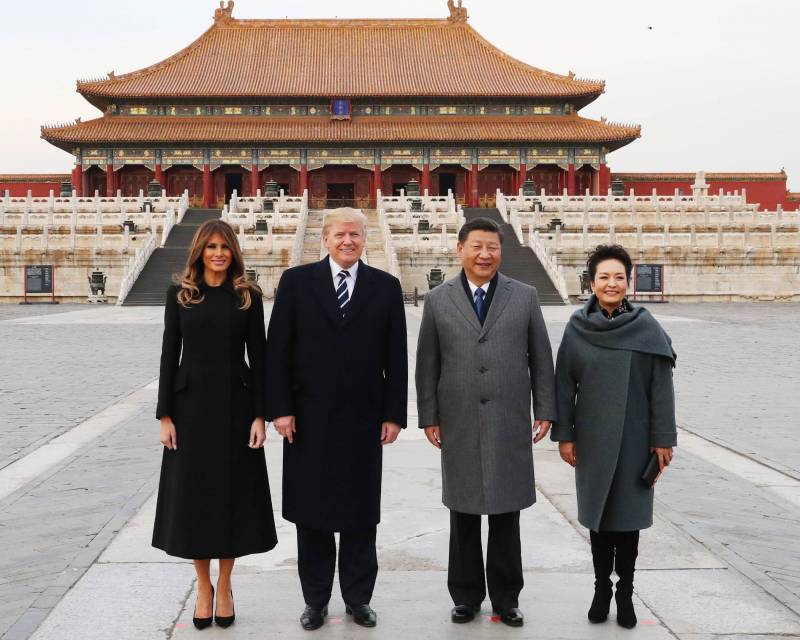 In turn, the Chinese leader noted that relations between China and the United States "relate to peace, stability and development throughout the world."

For China and the United States, the only right choice is cooperation
added on.

Xi Jinping also noted that he had discussed with Trump the "strengthening of coordination on Afghanistan and the Korean Peninsula" and agreed to "stimulate the development of Chinese-American relations."

On Tuesday, speaking at a press conference in Seoul, the US president called on the Russian Federation and China to reduce diplomatic and economic ties with North Korea. He also accused Kim Jong-un of striving for conflicts and stressed that Washington would not allow Pyongyang to have a nuclear weapons.

Earlier in the day, speaking in the South Korean parliament, Trump said that “it’s time for power and the world can no longer be patient with the rogue regime that threatens nuclear weapons.”