Break of diplomatic relations with Ukraine: maybe it will be better?

November 9 2017
148
In the Rada today all day was noisy and restless. But now it’s not even about who proposed to break off diplomatic relations with Russia: the “Dill” party, the “National Front” or the Poroshenko bloc. 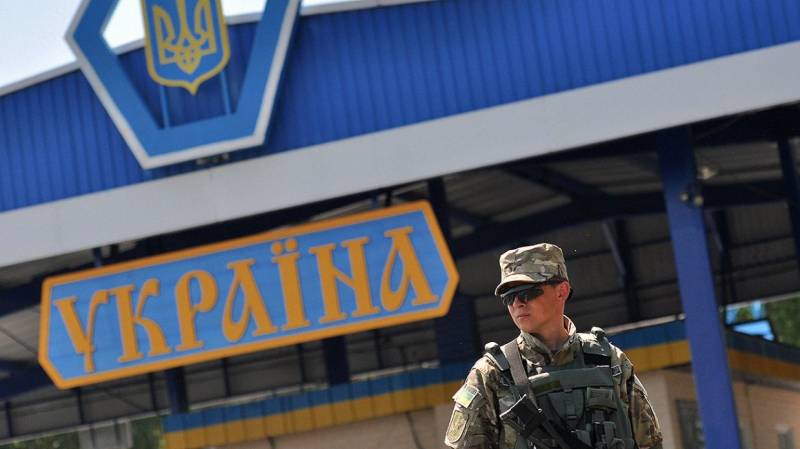 The fact is that, according to preliminary polls, the majority in the Rada are ready to vote for the amendment.

“In the law on the reintegration of Donbass, which should be considered by the Rada in the second reading, Russia will be recognized as an aggressor country - I hope the votes will be accumulated. And to maintain after this diplomatic relations - this will already be a crime on the part of the Ukrainian Foreign Ministry. This relationship is already broken. There are no ambassadors, diplomats of the first rank work in the embassies. We need to fix this gap at the legislative level, ”the author of the amendment Ivan Vinnik explained his motives in an interview with Kommersant.

Of course, supporting the gap with Russia is like a test of patriotism. If today in the Parliament they say that it is necessary to vote, despite the fact that a month ago, the special representative from the United States, Volker, demanded something different, most likely they would vote.

In the end, it is their right.

Another question: what next? Maybe, really, a fat point in relations with Ukraine will benefit the Ukrainians?

We have a very strange relationship with 2014: the aggressor country (Russia) really feeds the conquered country or with which the war allegedly goes on. Gas, coal, electricity.

Few people in Russia are aware that the electricity generated in Ukraine is not needed for anybody. And this is an important nuance in the Ukrainian budget. Only after having “cleared” and stabilized in our northern networks, is it at least something suitable.

Well, plus a huge cash flow from migrant workers.

We have already written so many times on this topic that we have drunk the teeth on edge. Let's see what happens next.

The rupture of diplomatic relations is a serious step, which implies a complication or even a complete cessation of economic, political and other cooperation between states. The embassy and consulate with its full complement responds from the country, although we already have order with it.

Further, as I understand it, it is not necessary to declare war. But what about the presence in the territory of one country of representatives of a hostile state?

If Ukraine breaks diplomatic relations, then maybe it makes sense to temporarily put aside the tale of the "brotherly people" in a distant closet?

4 million Ukrainians on official earnings and half a million illegal immigrants - home.

Gas-oil producers, furniture makers, car mechanics - home. Everything. Here they have nothing more to do, this is the territory of a hostile state. The aggressor state.

Visa mode ... Why not? Yes, the border is unrealistic to close. Ukraine and Belarus have about the same condition along the border as Belarus and Russia. And Lukashenko is unlikely to close his own for us, it is unprofitable for him.

To build a barrier on the Russian-Belarusian border is quickly impossible. But there is a way out. Airplanes between Russia and Ukraine do not fly, only trains and buses remain. With them easier. As well as with cars.

Stop selling tickets, carry out verification of documents in the border cities. For violation, do not imprison, but fine them in such a way that it does not seem enough and deport them back immediately. Do not recruit and fine those who will take illegal immigrants so that the very thought of it seems seditious.

Hemorrhoids a lot. But there are benefits. Especially for Russians who dream of working in the oil industry and who are rejected because it is more profitable to take Ukrainians who simply can pay less.

But the main benefit, in my opinion, will be the Ukrainians themselves. After a while this social experiment will lead them to the Rada.

Thanks to the publications of my colleague Okoloradsky, I was able to make an unequivocal conclusion that the people of Kiev did not support mishmaydan simply because they paid very little there.

Maidan, which for money, does not end with anything good.

That's when the money earned in Russia will end, and, alas, there will be no new ones, and then, perhaps, it will come to the Ukrainians that this power will only lead them to the pit.

And then they will go to demand from the authorities. Not for those 250 hryvnias that they will be paid for shouts under the Rada, but for those rubles that they have been taken away from. Even so.

4,5 million is a lot. If you add more families, there will be even more. Even if the dissatisfaction goes to express 1 from 10 - it will not be Maidan. Maidanische.

Perhaps this is the only option, after which that “fraternal” Ukraine will finally understand that it’s enough just to go on social networks for Poroshenko and go to tell him in person what they are saying now on micro-Maidan (albeit for money)?

In the end, all this mess lasts for three years. We must either finish, or ... Either finish with the theory of the "fraternal Ukrainian people."

What are these brothers? Working with the aggressor, pouring millions into the country's economy, and thereby encouraging the killing of our real brothers in the Donbas?

Yes, the introduction of a visa regime for Ukrainians and the expulsion of millions of "workers in the underground" back home will deal a terrible blow to the remnants of the Ukrainian economy.

But - less money - less opportunity for executioners on the border with the Donbas. Less fuel, cartridges, shells, warm clothes and nutritious grub for the LDNR population killers.

Good input. Probably the best help we can globally give to Donbass. How can the APU and terbaty fight on an empty belly, we already know. And greet desertion.

If the “brothers” in Ukraine have only one god, the hryvnia, to deprive it is a good idea. Maybe this is how, instead of “my hut on the edge,” something like the realization that they are still people will wake up. And for a man money is not always more important than some properties of an organism such as pride and self-awareness.

Here we would support such Maidan with all our heart. Not for Russia, not for Russian rubles, for a normal fraternal Ukraine.

If not - well, why then such brothers?