The tale of the 500-x "Calibrah", they destroyed the US energy and "Stryker MSL"

November 10 2017
102
When you see with your own eyes a beautiful fairy tale like from Disney, sometimes it is even pleasant. But in modern realities for some reason, this phenomenon causes nothing but regret. If in the US some figures prefer to live according to Mikhail Zadornov (not to the financier), then this should probably be taken as a normal approach. 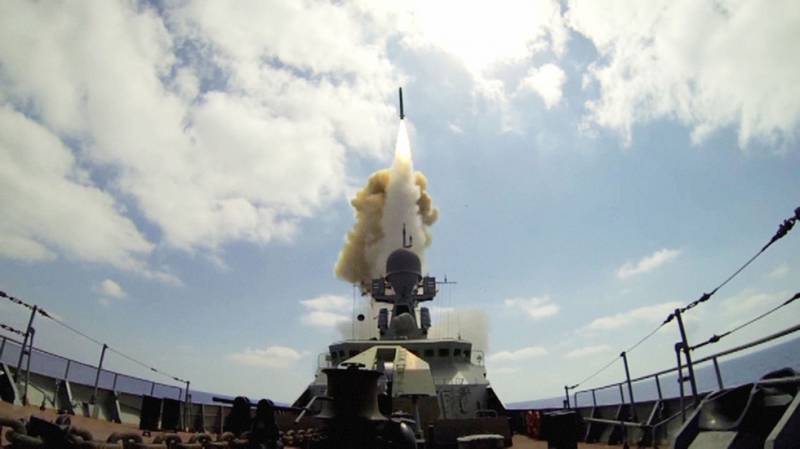 Full sadness looks fantastic on the heat and content of the story "Caliber" will bury the energy of America. The US Air Defense has nothing to protect its power plants from Russian cruise missiles. ” Although the publication of “Task and Purpose” (“Purpose and Task”) seems to be writing about the revival of the SHORAD system in the USA.

The idea itself is quite reasonable. The “goal and objective” concludes that the US Army, despite its complete superiority in the sky with any adversary, needs a short-range air defense system.

There is a certain reason for this, especially in the light of the development of the UAV and modern engineering. Syria has shown that if desired, not even the most advanced terrorist is capable of mowing up something flying, capable of transferring a certain amount of explosives to a given point.

We have already written about the presentation of the new air defense system based on the Stryker, a completely successful combat vehicle filled with Boeing.

It is difficult to say how it will be with combat lasers, but what is in the original version (30-mm cannon and rockets) is quite enough to look like Pantsir-1С.

How quickly Stryker will be able to stand up for the defense of the US Army’s near-boundary lines is a separate question. As well as the number, since Trump has already declared his readiness to finance the creation of 9 mobile divisions SHORAD for the United States. Military experts talk about the need to have at least 10 more times. 95 divisions in the US and 50 in Europe.

The mobile division is the Stryker 6. With the cost of one complex about 50 million dollars, the figure is breathtaking, even in the long-term program. 43,5 billion dollars is yes, delicious.

However, the appetites of the American military for the development of allocated funds - this is not our headache. They want to have - let them tense up.

But then fiction begins.

In order for the stingy uncle Scrooge (in the sense of Trump) to allocate such money to the military, you need what? That's right, the rationale. And then the Syrian and Afghan terrorists somehow do not look like a real threat on 43,5 billion, is it?

And then, oh happiness, turned up Russian "Caliber". Weapon, let's say, and accurate, and quite modern. And not bad already shown.

Horror terrible, is not it? Speed ​​and inconspicuous, and most importantly - accurate "Calibers" are spread into dust (possibly radioactive) all US power plants. And He comes, His Majesty the Apocalypse.

For the sake of justice, I would like to remind the Americans a few things.

First, there are ground defense facilities in the USA. The 21 anti-aircraft missile division is part of the National Guard and the regular army. It's about 700 Avenger and the Patriot 480.

The destruction of atomic energy by caliber is something. But the idea itself is good. As a reason to cling to the budget.

I would like, however, to clarify what we will deliver these 500-700 "Caliber" in the United States?

No, I am not against the fact that “in the case of a hypothetical conflict,” we de-energize the United States. Without the use of ICBMs with nuclear warheads. And it is useful for ecology, and we will not violate contracts. Although, by and large, he is still nonsense.

The only question is: who and how will deliver these missiles at least 1000 km to the US borders? Themselves "Caliber", since we are talking about them, do not reach in any way. Well, 1500 km.

Small rocket boats we delete. Atlantic after all. Diesel-electric submarines are also somewhat doubtful in such a raid.

True, the use of submarines of both classes is more than doubtful. Not to build.

Anyway, does anyone see the 500 Calibers here? I see 136. And this is all that our fleet is capable of. Alas.

Well, someone will say that there is still a hypothetical "Caliber-A" of aviation use. Well, there are also his hypothetical carriers such as Su-35 and MiG-35, which, of course, just spit fly to America.

About aviation just do not say, because there are also hypothetical US Air Force, 1700 of which fighters will come out of their way just to not let anyone in if something happens. In addition to them, more than 700 F / A-18 of all modifications in the US Navy aviation. Plus aviation of the Marine Corps, but these are trifles.

Yes, the US also has a navy. Which is also unlikely to stand in the harbors in anticipation of the Russian squadron with the "Gauges", going to destroy US power plants.

Of course, if two and a half thousand aircraft remain at their aerodromes and aircraft carriers, the ships will not leave the harbors, and the calculations of the ground complexes will go together in a bout, then a really hypothetical threat is taking place.

And another question: there is no exact data on how much the Armed Forces of Russia have “Calibrov”, but more than three thousand “tomahawks”, which the USA and allies have, are capable of doing much more work. Despite the fact that the "Caliber" is better than the "Ax". This is exactly the case when the quantity decides. And rockets, and their carriers.

Plus accommodation. Plus the number of mobile carriers, in other words, ships. Immediately it becomes clear and clear what is the weapon of attack, and what is deterrence and defense.

Of course, there is a direct meaning to talk about the superiority of Russian technology over a potential adversary. Compare. This inspires optimism and confidence in the future.

If a potential adversary bears frank nonsense like the one above, that’s his right. Especially if the real money behind the nonsense is worth the real “Strykers”.

"Caliber" - a great deterrent at our borders. As in the near and not so. But - on our lines. This has already been demonstrated more than once.

Yes, you can talk about a non-nuclear shield. But - later, when we have the number of "Caliber" will be at least comparable to the number of "Toporov." When it becomes not a single-piece tool, but really a system that can calm down any problem a thousand kilometers from the border.

If only because we do not want war historically. Perhaps this truth should be repeated as often as possible. Suddenly comes.

But who in the USA needs all these calculations when it comes to sharing hypothetical billions into a reflection of a hypothetical threat?

Obviously, Mr. Trump is in control of the situation, once he decided to finance 9 from the Strykers 135 divisions ...

Ctrl Enter
Noticed oshЫbku Highlight text and press. Ctrl + Enter
We are
US experienced a new modification of "Stryker"United States presented a new development - Stryker MSL
102 comments
Information
Dear reader, to leave comments on the publication, you must to register.