What is wrong with modern "activists"?

November 9 2017
32
In our time, the word "activist" managed to acquire, to put it mildly, an ambiguous interpretation. When the next activists come to the forefront, or rather those who call themselves that, they openly smack of some kind of trick. He slipped into the hospital in dirty shoes and without boot covers, took his own photograph of his feet - uploaded the photo to the Web, and that's where the all-Russian bloglog is arranged. But do not touch him, for an activist, because he cuts the truth of the womb. He nailed the scrotum to the pavement or set the door on fire, shook his thorn - this is already taken higher - not only an activist, but also a whole actionist, artist, advocate of creativity, the embodiment of the spirit of freedom. He made a fake about the mass use of doping by Russian athletes, fled across the ocean - also, you know, an activist, a "political refugee from a bloody gebni."


And behind such screens, designated as public organizations, or as humanitarian communities, more and more rogues of all stripes are hiding.

No, of course, there are a huge number of such public organizations that are really engaged in business - for the benefit of creation, and not destruction and squabbles. There are also such active representatives of society who, in principle, cannot be indifferent to real facts of violation of rights and freedoms, bureaucratic lawlessness, corruption, ignoring the interests of certain social, ethnic or religious groups. They can not look with indifference, and therefore carry out daily hard work, aimed at changing the situation for the better - as much as it is within their power.

However, it cannot but be disturbed by how pseudo-socialists are trying to use the status of constructive communities to achieve non-constructive goals. Among other groups that have become active recently (and not only in the information plan) are the so-called moral advocates, who have almost declared themselves to be the morals police and custodians of traditional values. Who is behind such a mask, it is worth to understand in more detail. 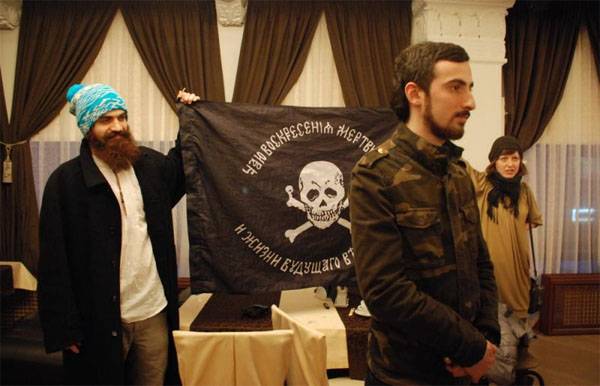 And now, Runet is particularly replete with reports that the "Orthodox activists" again broke through somewhere. From the series “they didn’t look, but we condemn”, this has already become the norm, moreover, such that if someone suddenly declares: “And I’ve watched, what is there?”, Then he is immediately “overthrown into hell” by threats and statements in the style of "We will sue you."

But on the surface is an amazing truly phenomenon. Some people who have attached themselves to the image and are trying to convince everyone of their own infallibility go with bottles of urine and other “analyzes”, with the help of which they express their opinion about the object or phenomenon. Ultimately, such a discussion is heated up even by a seemingly insignificant topic, which leads to the clash of the entire social groups. And these “activists”, having washed their hands in time, leave the “epicenter”, observing and rubbing their hands from the outside. A report for the organizers on the work done at the same time.

In development, one can observe such a situation that outsiders, ordinary citizens, assessing what is happening, are divided according to professed opinions not about what the pseudo-Orthodox activists pointed out to them with their “fingers”, but already to the Orthodox faith itself. Then - indignation at the fact that the Russian Orthodox Church is allegedly trying to interfere in the high life and that “the ROC is the most needed”. The fact that these "Orthodox activists" in leather jackets and with flying banners have a thirty fifth relation to the Russian Orthodox Church and certainly do not express the opinions of the Russian Orthodox clergy, unfortunately, not everyone remembers.

In other words, we are talking about actual provocation, one of the goals of which is to strike at the root of the Russian faith - Orthodox Christianity, exposing this belief as a mockery, using the dirtiest schemes.

This can be compared with the appearance in the Middle East of the so-called “Islamic State” (* forbidden in the Russian Federation), when ISIS militants (*) smashed Muslim mosques under the slogans of Islam, blew up their own co-religionists, carried out terrorist attacks in Europe under the cries of Allah glorification. The essence of the provocation is to sow hatred towards the Muslim religion, people practicing it and obviously not having any relation to extremism or to other human-hating ideas. So what? - after all, the terrorists succeeded in many ways The term “Islamic State” (*) itself has become a symbol of modern terrorism. That is, who created and financed this structure, it turns out, made sure that the word "Islam" was associated with terrorist activity. And who financed and supported militarily? - we recall the statements of the General Staff of the RF Armed Forces on whose military bases in Syria the bearded men from ISIL (*) hang out on pick-ups ...

The most interesting thing is that the Islamic State (*) has a pseudo-Christian copy. The organization, which has been called the "Christian state", operates in our country as well. Itself appeared? It is unlikely ... The essence of the activity is the same - to ensure that the majority of the population, meaning one of the most popular religions, also becomes associated with destructive manifestations and outright extremism. Arson, provocations, clashes with the police, rolling eyes and a hysterical reading of prayers - with ostentatious religiosity. Any religious alternative is declared hostile to the foundations and norms that they themselves invented.

For this structure, the Russian legislation on freedom of conscience does not actually play any role. Moreover, the constitutional status of the Russian Federation, which says that Russia is a secular state, does not play any role either.

It can be assumed that these “Orthodox activists”, including those from “HG” are ordinary sick people with an autumn exacerbation of the disease. It’s just that their activities seem too cohesive to convince themselves of this assumption. Their actions are too well honed and proactive, after which such a flurry of emotions is played out that people are ready to cut each other's throats just because one film / picture / performance / person appeals to others. Well, and if they are still sick, the place is not in public places, but in beds in the respective wards ...

Ctrl Enter
Noticed oshЫbku Highlight text and press. Ctrl + Enter
We are
Results of the week. “Excuse me, aren't you crazy?” - “No. I have a certificate "Results of the week. “In our cooperative, the board is always agreed”
32 comments
Information
Dear reader, to leave comments on the publication, you must to register.