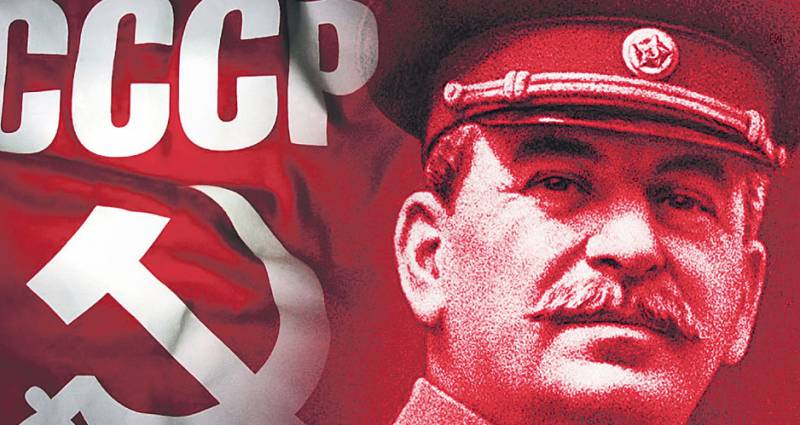 November 7 The 1917 of the year radically changed the map of the world. And even after the treacherous destruction of the USSR, the influence of the Great October Revolution on the political and socio-economic situation in Russia, the former Soviet republics, and the countries that built socialism, persists.

The internal and external factors that led to rebirth, and then to the collapse of the USSR and the discrediting of the CPSU, after 1953, matured gradually, in stages. A significant role, directly and indirectly, in the long-term and, it seems, carefully planned process was played by the post-Stalinist elite. All this was stated in connection with the 50 anniversary of the October Revolution, and it is still celebrated, for example, in the People's Republic of China and in Cuba, where the construction of socialism continues, taking into account both the national specifics and the consequences of the death of the USSR, its leading and guiding. And in other countries of the Communist Party, the liberation movements did not abandon socialist construction, moreover they did not switch to the defamation of the Soviet Union and the ideals of October (“Socialism is returning”).

Significantly, the statement of the Chinese Communist Party Central Committee, promulgated by 6 in November 1967: “The October Revolution in Russia marked a new era in stories of humanity, in the creation of a world without imperialism, without capitalism and without exploitation ... Stalin pointed out: “The October revolution cannot be considered only a revolution within the national framework. It is above all a revolution of the international, world order ... ”But after Stalin, the party and state leadership usurped a handful of the largest individuals within the CPSU represented by Khrushchev who embarked on the capitalist path. This revisionist group under the guise of a "nation-wide state" plunged the Soviet people under the yoke of the new bourgeois privileged stratum. Communist morality and morals, fostered by Lenin and Stalin, are plunging ever deeper into the icy waters of lies, selfishness, acquisitiveness. ” It was also noted there: “In the USSR and some other socialist countries, where power has been usurped by modern revisionists, a comprehensive restoration of capitalism is gradually developing.” So "the dictatorship of the proletariat can still turn into the dictatorship of the new bourgeoisie." Therefore, it is necessary to “vigilantly prevent the usurpation of party and state leadership from within by people like Khrushchev, the entry of a socialist country on the path of the“ peaceful evolution ”of socialism towards capitalism. And uproot revisionism. ”

Frames really decide everything. Noteworthy is the assessment of Mao Zedong expressed in 1973: “Stalin, in his last years of his life, fake“ associates ”were not allowed to nominate young cadres for leadership positions. We took into account this tragic lesson, which ended with Stalin’s quick “departure” and the coming of the reincarnation revisionists to power. ” So how did you take into account this lesson in China? The Taiwanese Zhongyang Zhibao 22 of December 1977 noted: “In the People's Republic of China, from 1967 to 1975, 8,6 of a million personnel workers advanced in the period from 1975 to 1976 of a million from 1,2 to October ... Millions of people came to the lower and middle levels. ” These conclusions are repeated in the six-part documentary film “The Soviet Union: 20 years since the death of the party and the state”, which was commissioned by the Central Committee of the CPC.

Similar assessments were given by major statesmen who were not communists. Charles de Gaulle: “Stalin had enormous prestige and not only in Russia. He knew how not to panic when losing and not to enjoy victories. And he has more victories than defeats. Stalin’s Russia is not the old Russia that perished along with the monarchy. But the Stalinist state without successors worthy of Stalin is doomed. Stalin is not a thing of the past - he disappeared into the future. And Khrushchev literally wants to oppose himself to Stalin and the Stalinist style. This deliberateness is very often to the detriment of Khrushchev and the authority of the USSR. ” Haile Selassie, Emperor of Ethiopia (1932 – 1974): “My meetings with Soviet leaders after Stalin convince us that there are no decent successors in his leadership. Due to many reasons, the rigid but effective system of governing the country, implemented under Stalin, weakens after it. It becomes more demonstrative than real. And in my opinion, there is no continuity in the managerial, economic and other actions of the Soviet leaders after Stalin. "

An interesting modern Cuban assessment of Stalin and the subsequent period in the USSR and the CPSU. According to the publication Cuba Debate of 16 in May of 2016, “a monetary reform is being carried out in 1947, which was obviously confiscatory. This decision helped to strengthen the country's monetary system and raise the standard of living of Soviet citizens. Soviet military spending in 1950 was 17 percent of GDP, in 1960 - 11,1 percent: much more than US defense spending. Such a sharp increase in defense spending has created a serious obstacle to the growth of the USSR economy. Nevertheless, due to the increase in these costs, military parity with the West was achieved. And the USSR achieved the greatest success in the rocket and space sphere ... After Stalin’s death, March 5, 1953, a struggle for power began within the CPSU, accompanied by a redistribution of power functions between various party-state structures. In January 1955, Khrushchev succeeded in resigning Malenkov from the post of chairman of the USSR Council of Ministers, and the center of power moved to him ... At the end of 50, the beginning of 60, a slowdown in economic growth and labor productivity became more pronounced. At the XXII Congress of the CPSU in 1961, measures to combat the Stalin personality cult were intensified, which led to the final break of bilateral ties with China, to a confrontation between the two largest Communist parties in the world, which lasted until the 1989 year. And it caused a split in the communist parties of many countries, which had a very negative impact on the revolutionary liberation movement in the world. ” In the USSR, "the mechanisms for the eradication of bureaucratic forms of governance were never created." And "socialism, if not consciously assimilated, it remains on the surface."

Ctrl Enter
Noticed oshЫbku Highlight text and press. Ctrl + Enter
We are
Chernobyl notebook. Part of 3About the "Prague Spring" 1968 of the year
Military Reviewin Yandex News
Military Reviewin Google News
28 comments
Information
Dear reader, to leave comments on the publication, you must to register.