Sardinia - after Catalonia and Veneto ...

November 9 2017
19
The ill-starred play with the independence of Catalonia continues to become overgrown with comical details, such as a runaway Puchdaemon, already sent to the hostel by members of the government of the rebellious region and the headache of Brussels, who now decides to arrest the unlicensed version of the rebellious prime minister or not to get into this fight of Madrid.


However, the independence of the bucking horse of independence is the desire to ride all the new Pucdemonas, and some of them are much more decisive than the Catalan Kerensky. This time we will examine the politicians of the sunny Mediterranean island of Sardinia. Funny "fish" name, a pleasant Mediterranean climate, Italian cuisine, what else can you say about Sardinia? 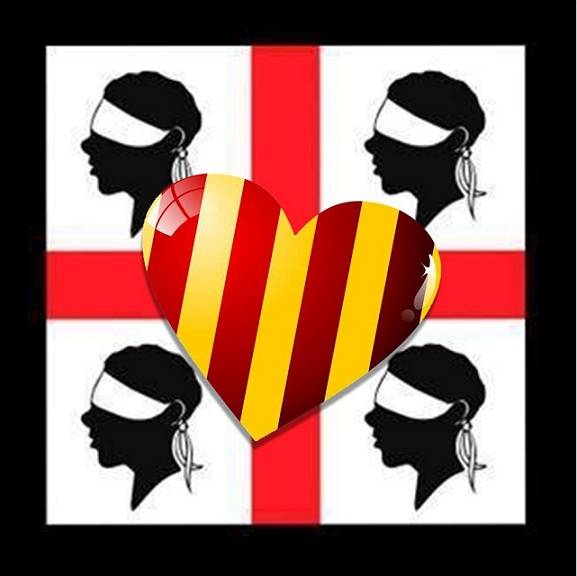 For example, the fact that it is one of the oldest separatist regions in Europe. The separatism of Sardinia is not just an objective desire for independence or unwillingness to share finances with Rome (Sardinia cannot boast of a powerful economy and industry), it is a true folk trait, a kind of tradition that penetrated even the kitchen of the islanders. So, unlike Italians, sardis are not so greedy for wine. They prefer the drink "filvero", something like vodka. However, for Sardis, drinking “filverero” is not just a booze, but a patriotic act of independence (oh, how!), Since this drink, in fact, is a moonshine, and is banned. And the word “filveroo” itself is translated as wire, as bottles with moonshine were buried in the ground, bringing thin wire to the surface to find for the act of civil disobedience to the Italian authorities.

Another Sardinian tradition, which absorbed the spirit of separatism, is “Murales” or “Muralis”, which are artistic paintings right on the walls of houses under the open sky. At the same time, “mural” is not just some kind of graffiti, it is almost full-fledged canvases with its own plot and social meaning. Appearing in the middle of the last century, these paintings became a symbol of social struggle and an expression of the dream of independence of the island. 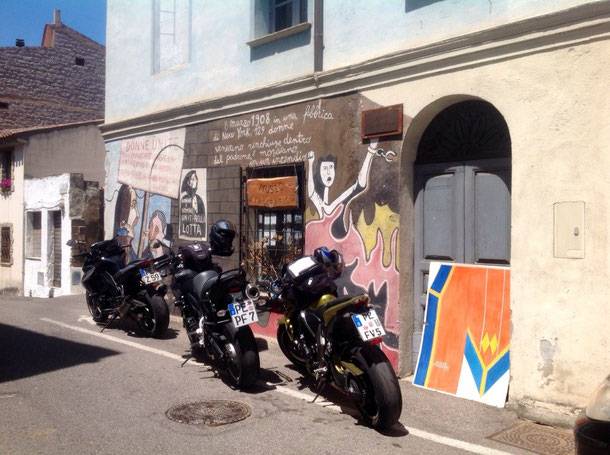 But not always the protests were just as peaceful, moreover they are not peaceful even now, but more on that later. Sardinia has an ancient history with a whole series of conquerors - the Phoenicians, Greeks, Carthaginians, Romans, Arabs, Genoese, Pisans, Austrians, Spaniards, French and Savoy. The latter have just sewn the island to the united (in a very vague sense, even now) Italy.

However, there was a period of independent Sardinia, when the feudal island nation was called Arboria, starting from the 10 century. By the 14 century, the Sardinians had successfully repulsed the Spanish Aragonese and Genoese and, in fact, ruled the whole island. One of the rulers of Arborea, namely Eleanor of Arborea in the history of Sardinia, occupies no less place than Jeanne in France. Alas, at the beginning of the 15 century, the next ruler of Sardinia fell in a battle with the Sicilians, and soon Arborea fell under the onslaught of the Aragonese.

Of course, after the expulsion of the Spaniards and the expulsion of the Austrians, who fought in Sardinia after the division of the Spanish inheritance, the island was sewn to the so-called Sardinian kingdom. This offspring of international relations resembled the very eerie "Frankenstein" woven from Nice, Savoy, Sardinia, Piedmont, Liguria and part of the province of Pavia. The people of the kingdom chatted in more than six languages, there was also no single center in the form of the capital. As a result, the kingdom was safely sawn between Italy and France.

Another black and white photo of the next rally for independence

At the moment, Sardinia is part of Italy as an autonomous region. In order not to exacerbate the nationalist sentiments of the Sardis, Rome allowed the island to have its president (now Francesco Pillara) playing in independence, parliament and the flag. And in the 1999 year, he even allowed the islanders to teach at institutes and schools in the Sardinian language. I emphasize - not a dialect of Italian, but in the language officially recognized.

But all these privileges are quickly leveled, both by the inconsistency of politicians, especially in the period of their weakening, and by the decline of the economy. And Sardinia is not the most successful region of Italy, to say the least. Moreover, the very specific structure of the separatist movements of the insular Mediterranean makes attempts to independence indestructibly repetitive.

Traditional rally party of the Independent Republic of Sardinia

For Sardinian irreconcilable nationalism, in view of the history, terrain and geographic location, there is a clear partisan on the verge of banal predatory raids. From time immemorial, “rebels” hid in the mountains, inflicting sporadic attacks on government officials. One of the most famous of these "Robin Hoods" was Greciano Masino. This “freedom fighter” eventually died in prison. Tellingly, in neighboring Sicily, Salvatore Giuliano, a Colonel of Sicilian separatists, who was not afraid of robbery, repeated almost the same fate. Giuliano, however, did not imprison him, but was simply shot dead in 1950. Tradition, you know ...

In the modern world, of course, the Sardinian separatists have somewhat deviated from the glorious traditions of their ancestors. They preach a non-violent and democratic way of realizing the right to self-determination. The pillars of the current legitimate wing of Sardinian separatism are the following parties - the Sardinian Nation party (Sardigna Natzione), the Sardinian Action Party (Partito Sardo d'Azione) and the Independent Republic of Sardinia Party (Indipendèntzia Repùbrica de Sardigna). All of them are frankly left-wing and similar to each other. But ... The same features that have shaped the spirit of Sardinian separatism do not allow these parties to unite, like Sardinia itself, which is very fragmented. One part of it looks towards Sicily, while the other rests on Corsica. 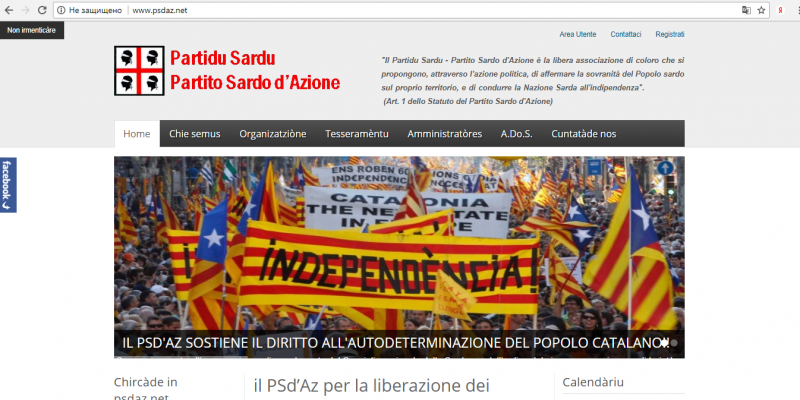 Sardinian party action does not hide their sympathies of Catalonia

For example, the party of LDCs, created in Sassari in the North of Sardinia, in every way helps to bring Sardinia and Corsica closer together economically and industrially. And he even considers these steps towards historical ones, which, to be sure, to put it mildly, confuses other participants in the independence movement.

But at the same time, the outbreaks of Rome’s frightening activity are quite constant, and the center’s reaction is increasingly nervous. In 2014, the Sardinian Party of Action initiated an online referendum on secession from Italy, and in the same year, this party weakly strengthened its position, which, again, was a nervous tic in Rome.

And the more serious the situation becomes in Europe and in Italy itself (with its Fall, Lombardy and the infinitely vibrating Veneto), the harder the response of the Italian authorities. Yes, and the promises are beginning to end - the autonomy of the Sardis, there is a president, some kind of one. In the words of Ivan Vasilyevich from the famous comedy: “What else do you need, dog?” Finances? And here the jokes end, because even the donor North is already howling to the South of Italy, what sards are there ... 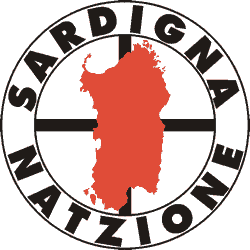 The symbol of the party of the Sardinian nation, almost all parties use white, black and red colors.

Therefore, in April, 2017, one of the main fighters for the independence of Sardinia, Salvatore Meloni (nicknamed Doddore), who was a bugaboo for the entire central government since 80, was imprisoned for tax evasion. 74-year-old Salvatore asked the court to replace his imprisonment for house arrest for objective medical reasons. But received a refusal. Unlike the paper rebel Pucdemon, Meloni turned out to be more principled and unlike his example and went on a hunger strike. As a result, in early July, he fell into a coma and died a couple of days later, becoming a martyr in the pantheon of fighters for the independence of Sardinia. You can’t begin to respect. 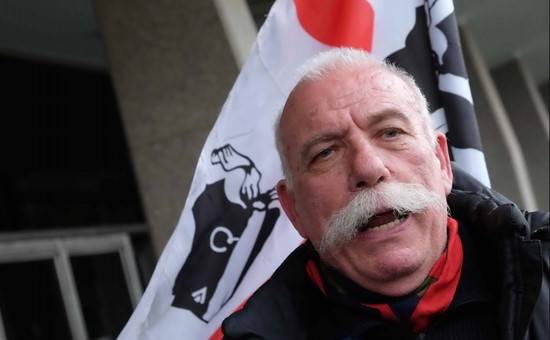 Such clumsy actions of the authorities obviously did not increase their popularity, but, it is true, only the fragmentation of the separatist forces did not allow to inflame the Catalan-level scandal. At the same time, the authorities were so close that in a couple of months Salvatore was rehabilitated. So, how to know, how to know ...