November 8 2017
31
Syrian government troops and allied forces closed the ring around the city of Abu Kemal - the last stronghold of the Islamic State terrorist group in the country, an informed source said on the spot. 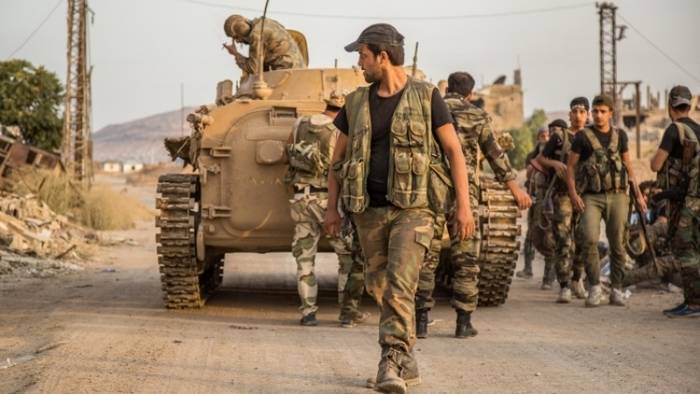 The Syrian army completely surrounded Abu Kemal and took him under fire control
- told the agency interlocutor. According to the source, the Syrian army plans to free the city in the next few days.

According to the television channel Al Manar, units of the Syrian army began to enter the quarters of the city, held by terrorists. Abu Kemal is located in the Syrian province of Deir ez-Zor on the border with Iraq.

According to the Arab media, the leader of the IS * Abu Bakr al-Baghdadi may be hiding in Abu Kemal.

Earlier on Wednesday, the armies of Iraq and Syria fighting the IS militants * met at the border of the two countries, in 24 km south of the city of Abu-Kamal.

The Islamic State * (IG *) is a terrorist organization banned in Russia.

Ctrl Enter
Noticed oshЫbku Highlight text and press. Ctrl + Enter
We are
Dangerous "puzzle" for the army of Novorossia: in the coming offensive, the Armed Forces of Ukraine made a bet on the newest BM "Oplot-M" and "Tochka-U"Reports from the militia of New Russia for 4-5 of October 2014 of the year
Military Reviewin Yandex News
Military Reviewin Google News
31 comment
Information
Dear reader, to leave comments on the publication, you must to register.