Thinking is not about our movie 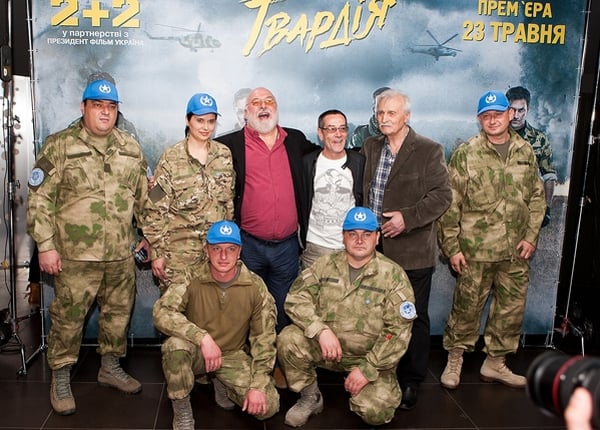 I wrote a few days ago an article about the movie "Crimea". I read the reviews. Scratched his head. A matter of taste. But, to be objective, I want to share the reasoning and the propaganda "from that side." From Ukraine, it means ... But what really is there, the film! Take it higher - the show! And his name is "Guard" 2015 year and "Guard - 2" 2017 year.

I will make a reservation right away; there is no point in watching most VO readers. Apparently, focusing on the domestic consumer, or on a wave of patriotism, the creators decided to leave half of the actors in Ukrainian, and the captions were not allowed to be translated from below. So for the rest of the world, half of the series will remain incomprehensible ...

Both the little-known young heroes and the venerable starred in this “masterpiece”. The "core" of the composition may be called Alexei Gorbunov ("Gu-ha", "Cadets", etc.), Akhtem Seytablaev ("Khaytarma"), Dmitry Stupka.

If you believe the creators, then everything is based on real events. May be. But the play of actors ... Often it negates all faith in authenticity ...

The plot is simple. Maidan. The death of people and subsequent political events. In this, looking at the screen, I believe. Then, the formation of the first volunteer battalions, of which the national guard was later formed (hence the name), is shown. In the same system are people of different classes, nationalities and destinies. Lviv, Odessa, Kiev resident, Crimean Tatar, etc. Former chefs, programmers, artists and police. Headed them (again, the former) intelligence officer (A. Gorbunov). A couple of training sessions and here it is - war.

This is where the main "bloopers" begin. It turns out that you can go behind enemy lines in jeans and a t-shirt. And there to speak in such a way that the first addict on the way will "see through" you.

The militia corrector arrives at the checkpoint on the scooter, recounts the fighters, pulls out the mobile phone, calls and drives back. Cunning scouts guess that now there will be an “arrival” and they manage to escape.

The chase, as in the early American action movies - two cars, they are a lot of people, everyone is firing at each other, but do not fall ...

"Guard-2" distinguished by the presence of military equipment (sometimes the same "Cossack", "Varta" and BTR-3 are maneuvering in the frames) and the beginning of the death of the main characters.

It turns out that you can walk with your girlfriend in the daisy field, holding hands and not suspect that the gunner of a mobile mortar is already watching you. And he will not regret a series of mines to destroy your happiness!

Cossacks are shown classically - forever drunk, unshaven fat men in "Kubank". But even they know the "mole" in the headquarters ukrov. The same ones cleverly calculate both the "mole" and the representative of the GRU of the Russian Federation (and what would you like ?!)

The latter, by the way, turned out to be fond of the weaker sex and hankered at a young doctor, very similar to an adult movie star (damn, I have never come across such people in my life!)

The insidious plan of the militants is simple - during the distribution of humanitarian aid to blow up one truck filled with explosives. Warriors of light disrupt the plan - the car is hijacked together (in the film it is called KAMAZ several times, but it is clear that this is the ZIL "Bull-calves") and on the outskirts of the city they explode in it (at least, I understand). 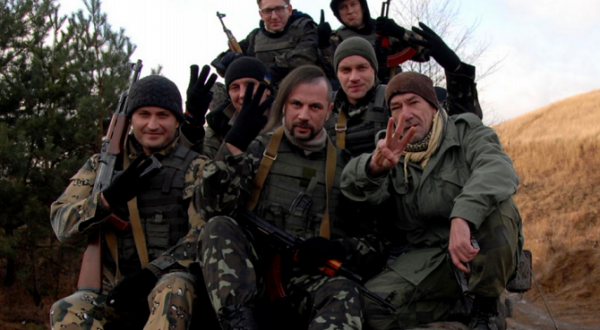 Author:
Nazarius, leader of the Redskins. "

Ctrl Enter
Noticed oshЫbku Highlight text and press. Ctrl + Enter
We are
What you didn't want to know about EnglandTales of Chapai ... or how history is ridiculed
Military Reviewin Yandex News
Military Reviewin Google News
21 comment
Information
Dear reader, to leave comments on the publication, you must sign in.