The military delegation of the armed forces of the United Arab Emirates, led by the commander of the UAE ground forces, Major General Saleh Mohammed Saleh Al Ameri, in the framework of bilateral military cooperation visited the location of the Kantemirov tank division of the Western Military District (ZVO) deployed in the Moscow Region
- reports the press service of the district 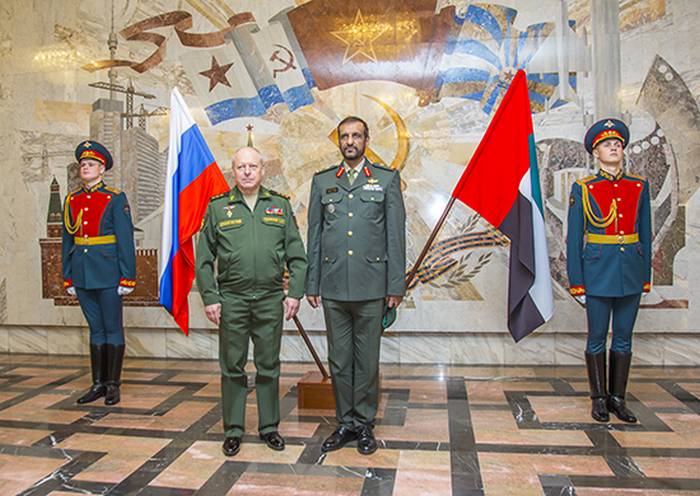 It is noted that during the reception of the delegation, a meeting of foreign guests with the command of the division was organized with a discussion of issues of a joint Russian-UAE military partnership, inspection of the training material base and the barracks fund of the division, as well as demonstration of training sessions.

In addition, representatives of the armed forces of the United Arab Emirates will visit a number of attractions, such as the Alexander Garden, the grand residence of the President of Russia - the Grand Kremlin Palace and others, will take part in the official wreath-laying ceremony at the Tomb of the Unknown Soldier near the Kremlin wall.