November 8 2017
25
The press service of the Investigative Committee of the Russian Federation issued a report on the ongoing investigation into the statements of representatives of the World Anti-Doping Association (WADA) about the alleged mass use of doping by Russian athletes. The head of the press service, Svetlana Petrenko, notes that during the investigation it was possible to establish that, in fact, no evidence of mass use of WADA structures by Russian athletes was revealed by WADA structures.


Against this background, it is reported that a ruling was issued on such a figure as Grigory Rodchenkov, who once escaped to the United States and announced there a “state doping program” allegedly existing in the Russian Federation. TFR decided to bring Rodchenkov as an accused. An extradition request will be submitted to the United States.

From materials press service SK RF:
The investigation gathered enough evidence that Rodchenkov destroyed the doping tests of athletes in violation of the requirements of the International Standard for the laboratories of the World Anti-Doping Agency and the agency’s letter storing such samples.
In relation to Rodchenkov, the decision was made to prosecute him as an accused, since he is hiding abroad and put on the international wanted list, the court chooses a preventive measure in the form of detention. The investigation intends to demand the extradition of Rodchenkov from the United States. 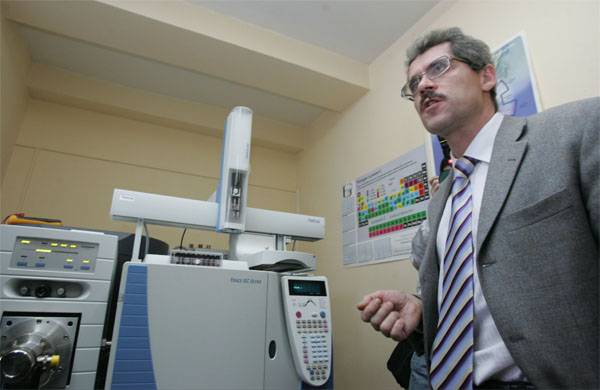 RF IC reports:
The arguments of the independent expert WADA McLaren about the substitution of negative doping tests of Russian athletes at the Winter Olympics in the Sochi anti-doping laboratory and about the existence of a maximum number of medals by athletes in Russia have been refuted.

Investigators interrogated more than 700 athletes, coaches, medical workers of Russian national teams living throughout the Russian Federation, employees of All-Russian sports federations, the Center for sports training of Russian national teams, RUSADA and the Anti-Doping Center. But none of them confirmed the existence of a certain doping program. If there were any anti-doping rule violations, they were purely individual.

A number of coaches and athletes testified that Rodchenkov distributed drugs, the reliable properties of which were not known to them, but subsequently identified as doping.

As part of the investigative actions in the criminal case, an inspection of the premises in the building, which was used during the Olympic Games as an anti-doping laboratory, was conducted. I would like to note that McLaren himself in the course of "his investigation" did not do this.

It is further reported that the case has a fraudulent and corrupt component:
It has been established that those in the United States who collaborate with Professor McLaren Rodchenkov and former head of the doping control department Timofey Sobolevsky repeatedly called the former director of the Anti-Doping Center Marina Dikunets and offered on behalf of McLaren and WADA in exchange for monetary compensation, asylum in the United States or Canada, citizenship of one from these states to transfer them to the database of primary results of testing athletes. But the indicated databases contained on hard disks were withdrawn in accordance with the criminal procedure law and are currently in the possession of the investigation.

Ctrl Enter
Noticed oshЫbku Highlight text and press. Ctrl + Enter
We are
How to play with anti-doping scam?
Military Reviewin Yandex News
Military Reviewin Google News
25 comments
Information
Dear reader, to leave comments on the publication, you must to register.