Great Patriotic War: a lie against the truth 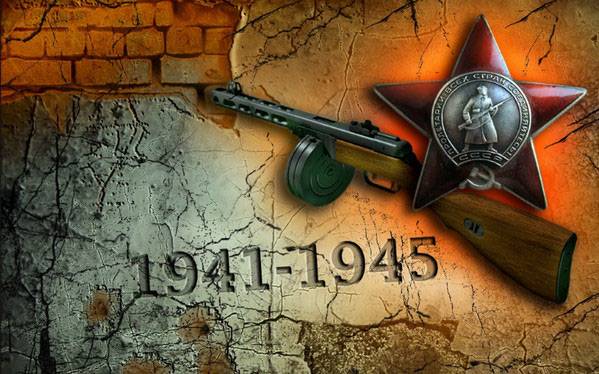 Reich Minister of Education and Propaganda of Germany Goebbels once said a phrase that many and many enemies of the USSR later took as the starting point in their propaganda activities, and later Russia - "the more lies, the sooner they will believe in it ...".

And away! What a lie about the Second World War, we have not heard since! .. Entire streams of historical falsification ... because of thoughtlessness, lack of understanding, from ignorance and quite consciously, deliberately. Distortion stories became the main theme in the modern information war. Western intelligence agencies, journalists who are in their care, all kinds of military "historians" and "analysts", as well as their allies inside Russia, are trying in every way to diminish the greatest feat of the peoples of the Soviet Union during the Great Patriotic War. On the "examples" sucked from the finger and frankly fabricated "documents" they "prove" that there was in fact no heroism, no courage, no achievements in the field of weapons production, but only the fear of cruel power, whose representatives drove people to slaughter, after covering the Germans with corpses.

Without blinking an eye, Western propagandists say: "The USSR was going to attack Germany and therefore the latter had to take the lead", "Stalin and Hitler are equally guilty of fomenting war", "many millions of Soviet citizens fought against Soviet power for Hitler" .. .and so on and so forth. And with each year more and more similar pseudo-historical nonsense becomes ... again, directly according to Dr. Goebbels: "a repeatedly repeated lie becomes true."

The latest “fashionable” trend in the difficult task of distorting the historical truth and diminishing the greatness of the Victory can, perhaps, be considered a large-scale falsification of data on Soviet casualties during the war. The most gracious topic for the West, because there is no uniform method of counting, many documents, both in Russia and in the West, are still in secret archives, and besides - no one bears any responsibility for inaccurate information about losses, and the figures are completely different, it seems that sometimes they are taken simply "from the ceiling." Here, for example, foreign “historians” consider the losses of Germany and include only soldiers in them, and in relation to the USSR they unite the losses of civilians and soldiers and give them away for the losses of the Red Army. At the same time, in the calculations for the same Germany, they accidentally “miss” the losses of the armies of Romania, Hungary, Italy and Finland, although in the 1941 year they, together with Germany, attacked the USSR and fought on the Soviet-German front.

Sometimes a lie turns out to be so deeply integrated into the context that only experts can recognize it, while the rest, for whom, in fact, is designed to "trick", you have to, as they say, take a word. Which of us is well versed in such purely military terms as the army, division, corps? Who can, not google, call their numerical strength? I’m sure units. And on this our ignorance lies the lie about, for example, losses in the infantry divisions of the USSR and Germany. Comparing them, they give bare figures, “forgetting” (again, as in the previous example about the allies of Germany) to explain that the size of the German infantry division for a considerable period of the war corresponded to the composition of about two Soviet infantry divisions, and German tank the corps of three divisions had about 600-700 tanks, that is, about the same as the Soviet tank army.

Meanwhile, the figure of the total losses of the USSR (in the interpretation of Western “historians” and a number of liberal media) by the autumn of 2017 had reached almost 50 million (!!!) people. Against 7 millions - for the first time sounded by Stalin in March 1946 of the year. In this case, the blame lies mainly on the Supreme Commander and the "untalented" "cruel" Soviet commanders, who were unable to competently, competently and caring for the soldiers to control the troops. And this is against the background of the victories of the Red Army that are obvious to the whole world, against the background of heroism, unparalleled valor, humanism and humanity of its soldiers and officers!

Seeing the inconsistency of their own lies about the lack of talent of the Soviet military command, propagandists from the special services immediately give the following argument that, they say, in modern Russia, everyone has long spat on the casualty figures and on the very history of the war, because "young do not care, and the old simply pity the dead. "

And this is another lie! Young people are actively interested in history, queues are lined up for the thematic exhibitions and expositions, each new domestic film about the Great Patriotic War collects full cinemas, most viewers, as you might guess, are young people. And military-historical restorations have long been transformed from a fashion trend into regular events.

It is possible that “silence”, “exaggeration” and other historical perversions are useful to someone: someone improves his rating, someone gains political points, and someone seeks to whitewash his own history, but all this definitely not about Russia, whose population remembers its history, bows to the heroism of Soviet soldiers and officers and carefully keeps the memory of the tremendous sacrifices of the Soviet people in the Great Patriotic War.

Ctrl Enter
Noticed a mistake Highlight text and press. Ctrl + Enter
We are
About Stalin and KhrushchevWhat you didn't want to know about England
70 comments
Information
Dear reader, to leave comments on the publication, you must to register.