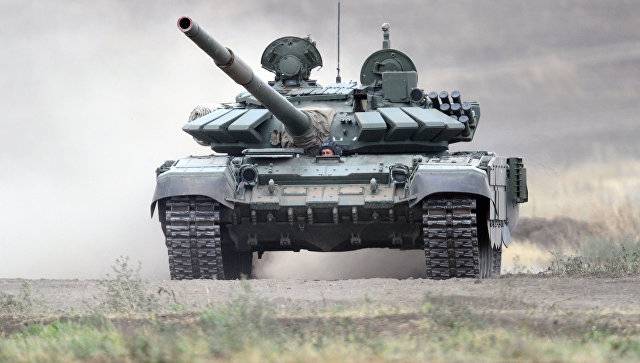 According to the press service, “the active rearmament of the military district’s forces made it possible to completely re-equip military units around 40 and provide units of more than 100 military units with modern weapons.”

In just five years, more than 5 weapons, military and special equipment, including modern ones, have been delivered to the ground forces of the military district tanks T-90 and T-72B3 - more than 300 units, BMP-3 infantry fighting vehicles - more than 250 units, as well as BTR-82A armored personnel carriers - about 400 units,
says release.

It is also reported that “units of the missile troops and artillery of the military district have adopted modern anti-tank missile systems“ Chrysanthem-S ”as well as two brigade sets of the Iskander-M missile system for five years.

The district noted that modern models of weapons and equipment significantly increased the combat capabilities of the units, and also allowed them to improve the quality of their assigned tasks.

“Until the end of 2020, it is planned to increase the share of modern models of all types of weapons and military equipment in land, sea and aviation up to 70%, and for some samples up to 100%, ”the press service added.

Ctrl Enter
Noticed oshЫbku Highlight text and press. Ctrl + Enter
We are
The action “Military service under the contract is your choice!” In Rostov-on-Don: future contract servicemen, exhibitions and “Russian Knights”China expands its amphibious capabilities
9 comments
Information
Dear reader, to leave comments on the publication, you must to register.