Project "ZZ". Do you want to fail the case - entrust him to Trump. Or Putin

November 8 2017
117
Putin is entangled in the revolution, foreign analysts say. Singing at the same time both tsarist Russia and the glorious Soviet past with his victories, the Russian president found himself in a ridiculous situation: he could not openly celebrate the centenary of the revolution, for he was afraid of popular uprisings. Other foreign analysts conclude that, strategically, Putin is no smarter than Trump. Both of them are “stupid”, both are guaranteed to fail the simplest thing.


Why did the Kremlin mark the centenary of the Russian revolution "with caution?" I tried to answer this difficult question in Washington Post David Filipov. 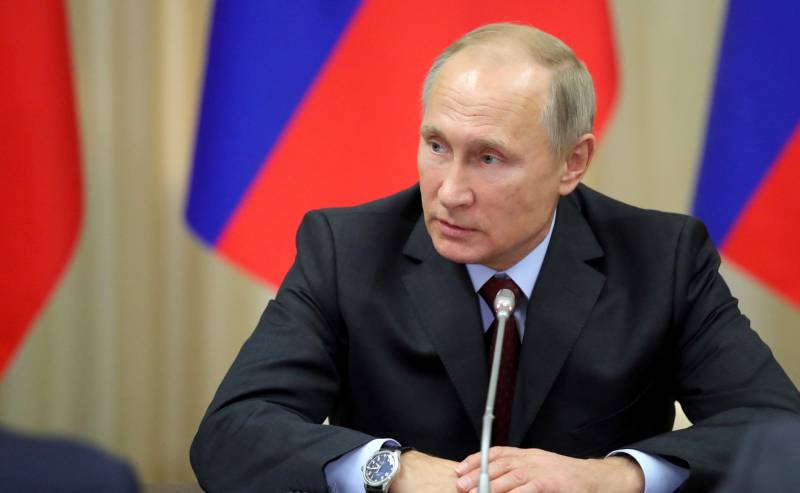 Russia "cautiously" celebrates the 100 anniversary of the Great October Socialist Revolution, the author writes. The country has not officially celebrated the round date of the “1917 communist uprising of the year”, which led to the creation of the Soviet Union. A cautious approach to the former Soviet holiday shows the attitude of the Kremlin "to the turbulent stories Russia of the XX century ", believes Filipov. President Vladimir Putin prefers to emphasize only some fragments of the country's history while playing on Soviet nostalgia. He is interested only in the elements associated with the creation of a single strong state - like the one he now heads (he wants, says Filipov, that the Russians would believe in it). That is why the parade itself on Red Square is associated with the battle of the Red Army near Moscow. The Soviet units that passed near the walls of the Kremlin 7 on November 1941 of the year did not stop, the author writes, until they reached the front line and hit the Nazis.

Putin often touched upon the devastating shocks caused by the birth of the Soviet Union. In the October speech, he condemned the "price of destruction" of statehood and the rift of destinies that affected millions of people.

However, at the same time, Putin cannot publicly condemn the Bolshevik revolution. It was from this revolution that “a strong state has grown, which, despite the many failures” and actions “against its people”, succeeded in overcoming the “shameful disrepair” of Russia of the 1917 model of the year.

So, the Kremlin fell silent. “We do not plan any celebrations, and I see no reason why we should do this,” the author quoted Putin’s press secretary, Dmitry Peskov, as saying.

On the other hand, this does not mean that Russia ignores the anniversary of the Great October Socialist Revolution, one of the two "most sacred" holidays of the USSR ("the second is the victory of the Soviet Union in World War II, which Putin called the greatest achievement of 20-th century").

However, in general, the value of this date has decreased. In Russia, they invented a new holiday - the Day of Harmony and Reconciliation. The meaning of the date is vague: after all, Russia has never been able to face the truth - with the worst in the Soviet past there is no reconciliation so far.

The country has not yet revealed the complete archives, which describe in detail the scale of the killings and repressions committed by the “secret police of the KGB and its predecessors” during the years of “mass Stalinist purges”.

Yes, the names have changed, but the first post-Soviet president of Russia, Boris Yeltsin, left the former KGB officers in senior positions, and Putin, a former KGB officer, brought even more security colleagues to the board. Today, FSB experts are part of Putin’s inner circle, Filipov points out.

Interestingly, it was this year, October 30, that Putin unveiled a new monument to the victims of Stalin’s purges “The Wall of Sorrow”. “This terrible past should not be erased from our national memory and can never be justified,” the journalist quotes the president.

Paolo Valentino in the newspaper "Corriere della Sera" (the source of the translation from Italian is “Inopress”) also notes that the Kremlin’s owner was facing a “horizon of obscurity”. 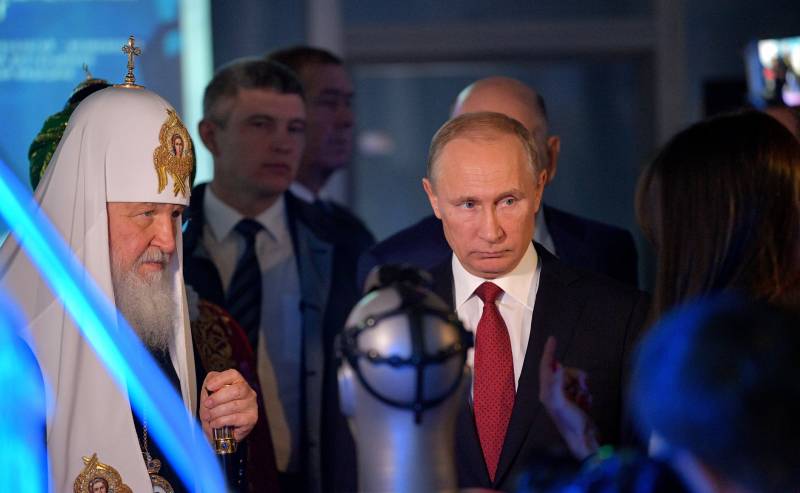 Putin has a lot of reasons for the holiday, but none of them has anything to do with the centenary of the October Revolution and the time of the birth of the USSR, Valentino believes.

The author regards the newly conquered global status of Russia as another “Potemkin village”. This “village” succeeds only partly in “concealing vulnerabilities and clouds hanging over the Kremlin leader.”

And just the centenary of the Red October clearly demonstrates the "unresolved problems" of Putin’s power, reveals the contradictions and fragility of the regime. “Such an impression,” writes the columnist, “that, having largely restored the past — royal and socialist in a selective way, Putin turned out to be a hostage to history, which he is not able to completely subordinate to his ambitions.”

“Along with the non-autocratic and Orthodox line, the anointed one of God, who saved the country from disintegration after the 1990's new times of troubles, generously returns the realities of 70 to the years of the socialist superpower: this is both the Soviet anthem and the concept of the“ former Soviet space ”where Moscow does not tolerate interventions, the Great Patriotic War, re-nominated as the bonds of generations, the mummy of Lenin, and not removed from the mausoleum in Red Square, the traditional role of the player in the Middle East.

Today’s Russia is indeed the legitimate heir to the Soviet Union, since it assumed all its international obligations in 1991. At the same time, such a legacy contradicts the other half of Putin’s narrative, singing the royal past with the praises of Alexander III, who says that “Russia has only two allies: the army and the navy”. And here is another example: the current ROC "canonized Nicholas II, who was killed just by the Bolshevik revolution."

As a result, the “forgotten anniversary” puts Putin at the problem of the very basis of his power. On the eve of the expected re-election, the Kremlin’s master “is at risk of being held hostage by an extra history,” summarizes Paolo Valentino.

Another foreign analyst declared Putin (and at the same time Trump's American) stupid as nothing.

Richard Cohen, who leads the column in Washington Post, told the reading public about how he raised his little son. 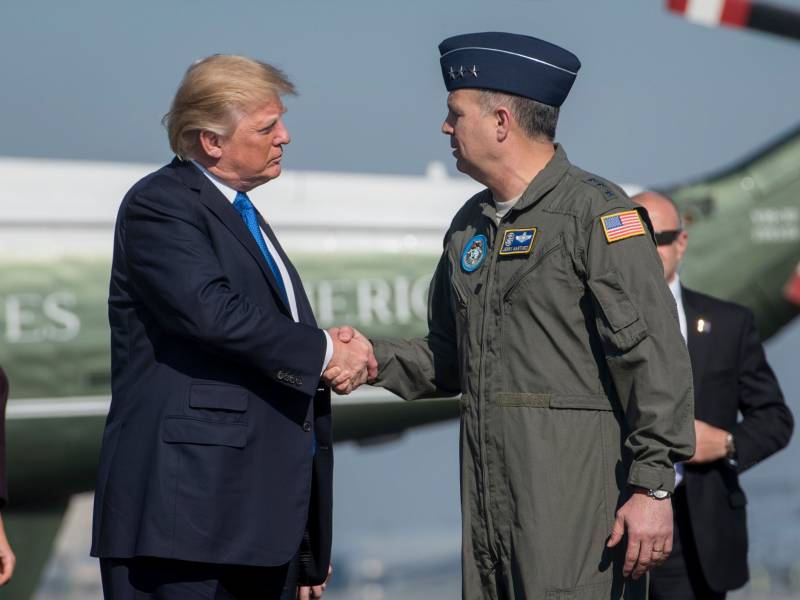 Cohen read him a book about the Stupids family (original: books about "the Stupids"). This book series, full of intolerance, told about a family consisting of "incompetent" individuals who were not able to "cope with the simplest tasks." Keon had long forgotten how these very "stupid" ones looked, so he simply decided to present them in the images of "Donald Trump and Vladimir Putin", since these figures completely "fit" the images.

President Trump has been called Secretary of State Rex Tillerson as an “idiot” (originally “moron”). At least the American press wrote about it ( link). Perhaps such an unflattering description is related to Trump's ridiculous actions aimed at “destroying the State Department”. 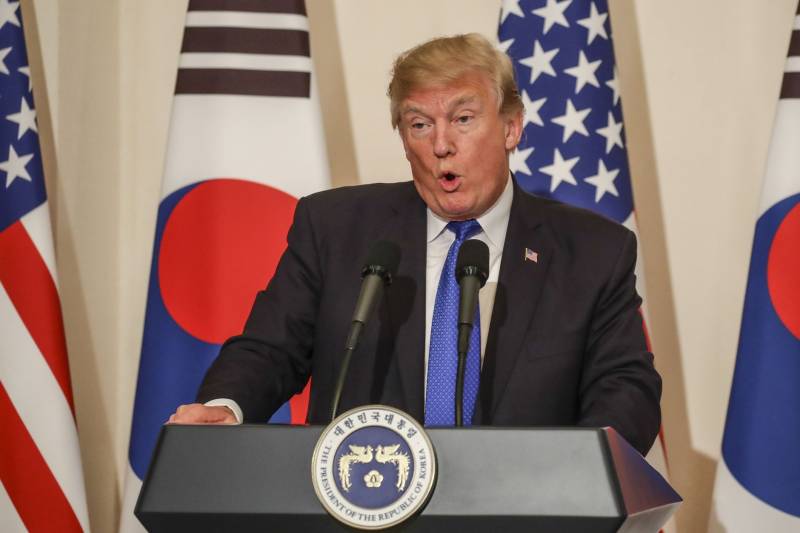 Only one statement from Trump, who imagined that he might force the FBI to conduct an investigation against Hillary Clinton, which is worth it! His formidable warning led to the opposite result. The FBI did everything to not look like Trump's lackey. If the American president really wants to achieve a prosecution of his political opponent in this way, then he gets very close to Putin, the author believes.

Nevertheless, Putin "managed to beat Trump." If we assume that Russia's intervention in the US elections last year "was sanctioned by the Kremlin and was intended to support Trump," then a simple conclusion should be made: it was "just stupid."

Not only is there no evidence that the Kremlin’s “hard-working hackers” have significantly influenced the elections, but there is much evidence to the contrary: Trump has only become worse from such interference. Russian hackers shoved him into such a deep and viscous political swamp in which he would sink.

The Kremlin’s interference in the elections made the lifting of anti-Russian sanctions impossible. These sanctions, whatever they wrote in Russia, are by no means “insignificant”; restrictive measures, the author recalls, “aggravated the economic problems” of the country. No wonder Putin outraged by sanctions. But he himself is to blame: his clumsy actions “almost guaranteed” that in the near future the sanctions “will not be lifted”.

Both Trump and Putin, Keon continues, are autocrats, "vaunted strong people." Only those who lack patience for negotiations or consultations pray at them. Putin is “the strongest of all,” and Trump “admires him.” But what is this power? The Russian leader is leading a "win-win war in Syria"; he has kept the "cherished warm port in Tartus." And thus he burdened the domestic economy, which was heavily dependent on oil prices! The “average Russian” can now be proud of his country's leadership as much as he wants and beat his chest, however his “American colleague” lives almost ten years longer (70 years against 80). 75-year-old Russian - dead Russian, prints the author.

Cohen's conclusion: Trump and Putin are a two-faced Janus, but with one face. Both are on the same platform: America / Russia is again “great.” Both conspiracy therapists: Putin because he “worked in the KGB,” and Trump because the reality as such is too complex for him. Both are "captives of the recent past."

“They really have a lot in common - just like in that book about the family I read to my son,” the columnist laughs.

If you believe foreign analysts and observers, then not only Putin, but Mr. Trump is confused in the past and has no idea how to move in the future. At least a shy step forward for both leaders is hindered by the past, in which, however, they feel so insecure that it affects the present when one holiday is replaced by another or democratic procedures are discarded through autocracy. The present of both is therefore not leading to a bright future. In Russia, there is a clear regression with tsarism and troubles with Soviet history because of the inconvenient Putin of the Russian revolution, while in the US they talk about Trump’s deadlock autocracy, which is detrimental to his own authority (and without that low). That is why this president is considered a "jerk" not only in the State Department, but also in the FBI.

Ctrl Enter
Noticed oshЫbku Highlight text and press. Ctrl + Enter
We are
Results of the week. “- Eh, I like to add fuel to the fire!”Overseas ally? Donald Trump - US Presidential Candidate
117 comments
Information
Dear reader, to leave comments on the publication, you must to register.