November 8 2017
14
Before 7 in November, Donetsk and all of New Russia were subjected to rocket and artillery shelling of the Armed Forces of Ukraine, which had not happened since 2015. The local press called them a new war of Bandera’s Kiev against the Donbass, which began, as we predicted, immediately after the departure of US Special Representative Kurt Walker from Kiev: he had brought the war to the Donbass. The armed forces of Novorossia (VSN) returned two batteries of the Armed Forces of Ukraine and a command post with response fire, and it’s hard to say what it will all end with. 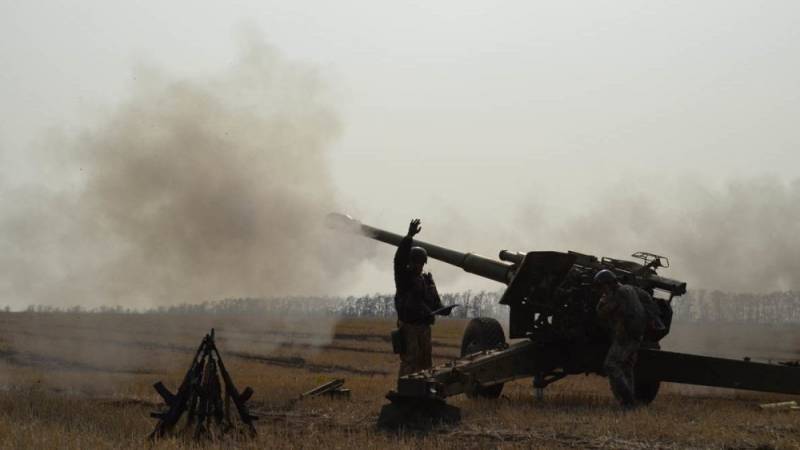 Victor Muzhenko remained chief of the General Staff, and he opposes large-scale offensive operations, in view of the inevitable large losses. However, Mihomuidan in Kiev is not over yet, so the new war in Donbas is far from over.

Poroshenko, as always in difficult situations, made a half-hearted decision. He seemed to fulfill his promise about the escalation of hostilities in the Donbas, however, neither Volker nor the world media noticed her. And official Moscow is also silent, only the Investigation Committee opened another case about the shelling of the civilian population of Donbass. Moscow has not responded to the latest "interesting" proposals by Volcker about peacekeepers, which indicates their insignificance.

In general, Saakashvili Maidan, the Verkhovna Rada and the whole Bandera Ukraine today are half-hearted. The third Maidan is headed by an American protégé, Mikhail Saakashvili, but the driving forces are his frankly pro-Nazi, Nazi-Batovans, the Verkhovna Rada is also half-hearted: headed by Frank Nazi Andrei Parbiy, but relies on the majority of the BPP-Popular Front, that is, moderate nationalists and ultranationalist-Nazis, who are supported by the National Front, which are moderate nationalists and ultranationalist Nazis, who are supported by the majority of the BPP. nationalists and nazis of other interpretations.

In the event of an escalation of tension, the third Maidan inevitably, sooner or later, will reformat the Bandera regime into an openly Nazi regime, transferring power to the outspoken Nazis, and, in the case of Poroshenko’s resignation, the government will officially pass to the Speaker Rada and Nazi Andriy Parubiy.

How then will Moscow maintain relations with such a Bandera regime? Andrei Parubiy has been visiting Washington for a long time, but he has never been accepted in European capitals, that is, it is unacceptable not only for Moscow, but also for Berlin and Paris. And in Washington, it was not taken by the first person. Therefore, the first person of the regime after Poroshenko should be someone else, and the casting for this person has not yet been completed, too many applicants. And this is a big problem for the coup and Kurt Volcker.

The new, already frankly Nazi power in Kiev will tear apart the Minsk agreements, declaring Russia “the invader and aggressor”, this is obvious. Peacekeepers in the Donbas become impossible in any form, but it is possible to completely break off all relations between Moscow and Kiev. Even transit of Russian gas to Europe may be questionable.

Peacekeepers on the front lines in the Donbass were for Volcker a pretext for the "peacekeeping" occupation of the entire Donbass. Russia launched the initiative of the peacekeepers on the front line as a way to disrupt Kiev’s propaganda campaign about the allegedly humanitarian mission of the peacekeepers. And, if the opportunity presents itself, stop with their help the shelling of Donbass. The United States, as always, leads a double game with the “peacekeepers”, allegedly restoring the “territorial” integrity of Ukraine. ” This peace deadlock on behalf of Kurt Walkner is already obvious, but who will break in him?

So far, Volker and the world media do not recognize the renewed intense shelling of Donbass for the “Moscow aggression”. Perhaps this is silence before Putin’s meeting with Trump at the APEC forum. Donald Trump, as a pragmatist, can go to the Russian peacekeeping border option, which Kurt Walker, John McCain and the Bandera regime fear. However, the question of meeting the two presidents has not yet been finally resolved, it is only being worked out ...