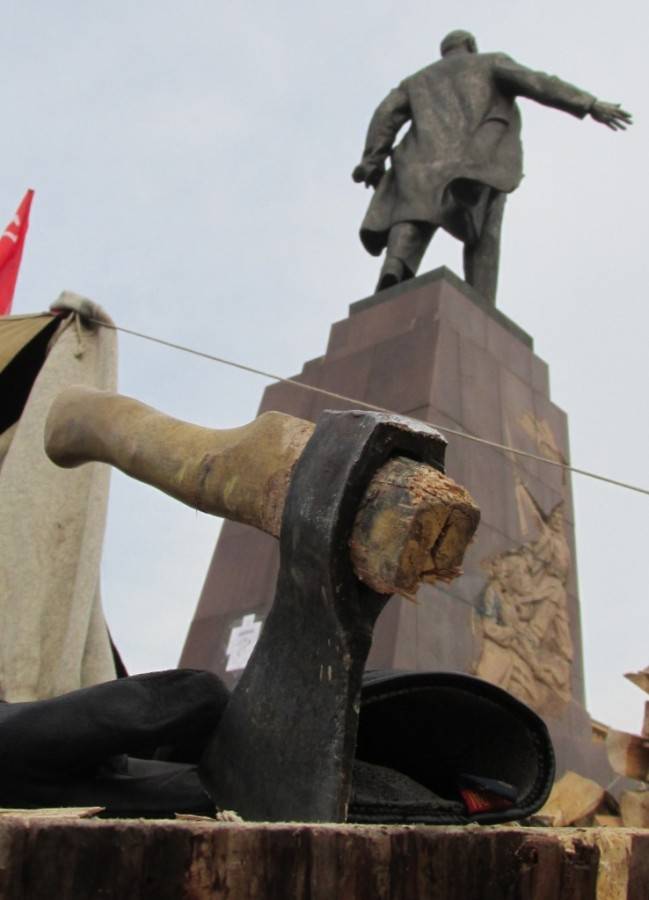 It is no secret that the National Unity Day of 4 November was supposed to replace the celebration of November 7 on the anniversary of the Great October Socialist Revolution, originally called the victorious Bolsheviks simply a coup.

But even after 26 years after the collapse of the Union and the collapse of the reign of non-communists, who inherited and ruined the huge state, 43% of Russians do not remember or don’t know the name of the holiday that the country celebrates on November 4.

But November 7 remains a holiday for many. Or at least in the day they know about. 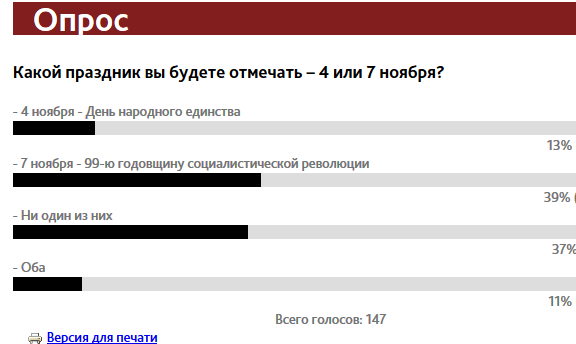 What actually happened on November 7 in a new style exactly 100 years ago? Why is this day hated by the enemies of Russia and not too approving, to put it mildly, by the authorities?

If you do not fall into the heresy of fanatically blind Zyuganovs, by some misunderstanding called by the Communists, as well as their ideological opponents, a hundred years ago the Bolsheviks picked up the power lying under their feet. They didn’t disintegrate any empire and did not overthrow the tsar - the entire bourgeois capitalist elite of the bureaucracy in February of the long-suffering 1917 successfully coped with it.

A separate fault lies personally in the “Autocrat of the All-Russian” Nicholas II, Bloody. It was because he had all the power and for decades the government brought the country to enormous losses in the unnecessary wars and, as a result, was powerless in front of the internal enemies of the throne. Which he himself has brought. You can adore Nicholas, as Strelkov and Poklonskaya, or hate, but the fact will remain a fact - the dictator is responsible for all the consequences of his rule. Including its own overthrow.

However, the Bolsheviks are not to blame for this. They almost bloodlessly seized the already destroyed and weak power. The bloodshed that followed is not on their conscience. Several tens of thousands of Bolsheviks could not take control of the largest state on the planet without mass support for them at all levels of government and in the mass of the working and peasant population.

The clear and understandable principles laid down by the Bolsheviks in the foundation of their ideology were simple and clear: "Bayonet to the ground, factories to the workers, land to the peasants."

That did not suit anyone. Neither supporters of the monarchy, nor the owners of land and factories in Russia, nor the power of any state on Earth at that time. Yes, the Bolsheviks can rightly be blamed for anything - from the shooting of the royal family to the "red terror". But objectively, they did nothing that went beyond the realities of the time. Their opponents did exactly the same thing with no less cruelty. And they poisoned each other with gas, and slaughtered the recalcitrant nations, young and old. In the end. the whole world came out against the Bolsheviks and the people who followed them - not only the separatists (as they are now called) of the Russian suburbs, but also the greatest states of the world.

And if the Bolsheviks nevertheless defended their power and even built a state that survived and won in the Great Patriotic War and pave the way to space for Humanity, then they were rightly afraid of them.

They were afraid for the 8-hour working day and the unions. For equal rights of women and free education. For free medicine and kindergartens. For all the many things that are familiar today, which a hundred years ago were wildness and an attempt on their wallets for the ruling capital. Here, in fear of losing power, and then of property, and Capital arranged a bloodbath for Russia.

How then Bolshevism degenerated, what mistakes did it make and what crimes it was not guilty of, beyond the framework of November 7.

But an understanding of why the Bolsheviks seized power succeeded in helping to understand why he is still hated by many. Russia today is the de facto and de jure capitalist state. Largely preserved the gains of October, above all in the people themselves, but also much lost.

And the capitalist mode of production and the corresponding social relations are inevitably based on other values ​​that directly contradict the "gains of October".

It makes no sense to argue whether Russia will find its way. It is obvious that blind copying of Western values ​​and corresponding socio-economic relations will finally destroy Russia. Obvious is the search, in which today we are all - from the president to the unemployed. Perhaps this will be the path of convergence, the theory of which I happened to hear from JK Galbraith himself at Moscow State University. Perhaps some other.

But in any case, it is the socialist principles proclaimed in October that are good or bad, but subsequently implemented, they are not satisfied with young and toothed capitalism in modern Russia. It is not evil in the Communists; on the contrary, the present are better than the sworn enemy themselves to discredit the very idea of ​​socialism.

November 7 is hated precisely because of the alternative, for clearly shown another way, on which Humanity can go. The road to the Goal is more humane than the pursuit of more and more dollars. For a mentally healthy person this cannot be the goal. Means - possible. But not the goal.

This proves the crisis we are witnessing today in the West. When it seems that for a long time and well-established and well-fed states they shake the principles they profess, and the perverts dictate most savage values ​​to the majority.

Russia for more than a thousand years history survived many shocks and somehow managed to survive and even remain the largest state on Earth. Apparently, the values ​​pledged and honed over the centuries, even if they are unconscious, allow us all to preserve our country regardless of which states arise and disappear on our land. 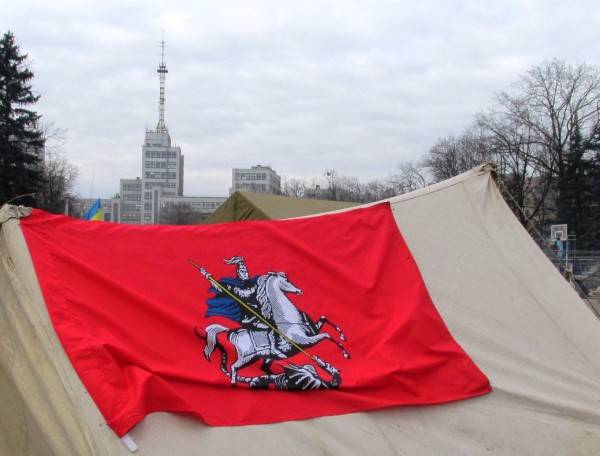 Ctrl Enter
Noticed oshЫbku Highlight text and press. Ctrl + Enter
We are
Situational analysis of the death of the MH17 flight (Malaysian Boeing 777), made on the basis of engineering analysis from 15.08.2014Results of the week. "God forbid to see Russian revolt, senseless and merciless!"
Military Reviewin Yandex News
Military Reviewin Google News
54 comments
Information
Dear reader, to leave comments on the publication, you must to register.