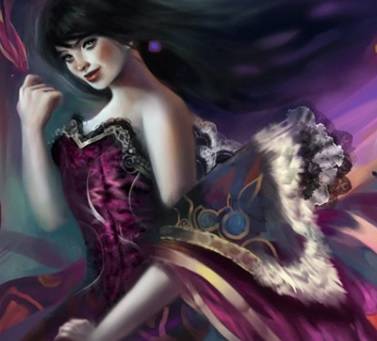 This is the conclusion of the academician-doctor who prepared the first Soviet cosmonauts and wrote a monumental study of stress ...


To get acquainted with Leonid Aleksandrovich Kitaev-Smyk I was prompted by a wave of publications on the Islamic Internet: a secular scientist independently came to terrible conclusions about the effects of modern fashion on the exposure in the female fashion. Yes, I thought, it’s one thing when theologians talk about such a delicate subject (and people far from religion think: “Here again about the hijab!”), And another thing when the modern analyst and experimenter cites arguments , and from the sphere altogether non-humanitarian: he began as a doctor and pharmacologist. At the meeting he brought a unique monograph, the result of his many years of work "The Psychology of Stress: The Psychological Anthropology of Stress." But in order not to succumb to stress, we drank Chinese tea and had the following conversation:

- The volume of your book is more than 900 pages, but only 4 pages are written about the influence of female outcrop as stress for men and the 1 graph is given. I understand that this is the sum, summing up of numerous experiments. But how did you yourself come to such a problem, what prompted you to tackle such a strange topic?

- I will not say the details, this is too personal. But one thing I will inform you: I myself went to the hospital, I was seriously ill.

I was visited by another scientific insight. And I began to investigate this phenomenon. Now in the book is the result: the chapter 3.1.8. “Oncological diseases of“ sexual stress ”. The whole book is devoted to various aspects of such a multifaceted phenomenon as stress, but among other things I wanted to understand the causes of oncology in men and women. Over the past decades, the disease of adenoma (benign tumor) and prostate cancer as an epidemic have affected men in European-American civilization . By the beginning of our century, adenoma is found in 40% of men, and in those older than 40, this is already half. In the US, pathologists revealed prostate cancer in 80% of men who died over the age of 60. In other words, many of them simply did not live to see the tragic manifestations of this disease. But the paradox: in Muslim countries there is no such growth of male oncology!

- But why? It would seem that Western countries have a more developed medicine and, in general, a higher standard of living.

- I came here to what conclusion. In countries dominated by “consumer society,” in recent decades, women's clothing has become the norm, emphasizing and revealing women's charms, in scientific terms, the secondary sexual characteristics of a woman. Became obsessive everyday naked female bellies and navels, as a symbol of what is below ... Just seductively annoying covered with stretch jeans, rounded shapes and more and more open neckline ...

I look at it as a physician, as a physiologist: all these are sexual signals that arouse lust in men. On average, an urban man sees such “signals” on 100-200 once a day - and from this he has lust, without getting a realization, is forced out into the subconscious. He does not seem to notice him, but at the same time the blood receives androgens. However - and it is here that the key to understanding the process (!) - androgens are thrown into the blood not in large (that is, oncologically safe) quantities, but with an average dosage that is carcinogenic.

As a result, often excited, but unsatisfied man gets from within his body such a carcinogenic, destructive attack, which leads to a cancer outcome.

- Sorry, but according to this logic, it turns out that any excitement should lead to sexual intercourse?

- Yes, this is the mechanism inherent in nature. Eros between a man and a woman is an instrument of the reproduction of the genus, it is in all manifestations of benefits and beneficial to the body. Therefore, by the way, religion encourages marriage and matrimonial relations.

I will give an example from the life of animals for clarity and understanding of physiology. The female instinctively seeks a better male, more capable of reproducing viable offspring - and at the same time rejects, rejects the worst males. But the lust of those still remains ... it is not satisfied and suppressed ...

The content of androgens in their blood is kept mid-high, that is, oncologically dangerous. They eventually lose potency, and then they develop cancer. This mechanism rejects weak, "not the best" males.

And in science, data are now accumulating that similar processes occur in humans. Therefore, the fashionable underlining of female charms, which provoke sexual desire in men, can be considered as the creation of "sexual stress." Because of it, a complex intra-organism complex of “sexual rejection” is turned on, culminating in impotence and even cancer. - And here is the explanation why the rich and developed nations of the West are dying out? - Yes, of course, this is one of the most important mechanisms. I made such a conclusion and I try to publicly bring it to everyone: fashion that exposes women leads European ethnic groups to depopulation (extinction). Their place on earth is replaced by peoples who preserve the chastity and secrecy of their women and thus also protect their men. First of all, these are the peoples of Islam.

“But there are peoples in Africa, Asia and South America, where they go not only half-naked, but just naked ... There is a hot climate there ... How are they?”

- And I will ask a counter question: do such peoples in general live long and individuals in particular? Is their culture and civilization high? Understand: the cult of the naked body, who seized the ancient Greeks and Romans, led them to extinction. Where are they now? Deleted from the map of the planet. Moreover, they are erased not so much by military actions, as they are destroyed from the inside. What the Bible and the Koran say about the inhabitants of the cities of Sodom and Gomorrah is one of many examples. They went through self-destruction, violating the laws of nature and breaking its natural mechanisms (by the way, “sodomy,” homosexuality is the ultimate expression of that hedonism, the domination of sensuality, to which exposure to clothes leads).

But the peoples who observe the traditional values ​​of their ancestors are still alive. These are Muslim ethnic groups, but those, by the way, were also the ancestors of the modern Slavs. Look at the women's clothing of the XIX century in all Russian peoples: women's clothing covers the body with spacious, long-faced dresses, sundresses, never fitting the figure and in no way emphasizing the chest. These clothes are bright, festive, multicolored (often with an abundance of red), but by decorating a woman, she attracted a man ... without erotic appeals. Recall the old Russian expression “goof off”, that is, accidentally throw off a handkerchief, open hair, which means “make a mistake, do something stupid, which should be urgently corrected.” Look at the old Russian frescoes, icons and manuscripts, portraits of women of the last century, images of peasant women - you will see the culture of chastely beautiful women's clothing!

And many women of the XXI century literally dig the grave for men's health with their bare legs and deep cuts. Each beauty, going on a date in a topic, makes only one thing - a lucky one, and ten on the way - people with disabilities. Strippers in general can be called "weapons mass destruction ”, already turned the Western civilization into a society of sick men.

- But what can be specifically done so that Russia does not imitate the West in its extinction? Here, in fact, the difficulty is that we are a huge country with dozens of different nations and religions. Is it possible for everyone to do something together, so as not to disappear, like the ancient Greeks?

- Very simple. There are mechanisms to influence fashion as an expression of Beautiful and Prestigious - they are owned by the leaders of the nation, in particular, through the media. If they give a signal: “we will return the fashion a little bit back to the traditional forms of our peoples!” - and everything will be fine. I repeat: the culture of clothing was among all nations that adhere to religious traditions.

No need to call for thousands of years ago in the "golden age" - it is enough to return the optimal balance of beauty and health, found a true understanding of the purpose of clothing. So everything is in the hands of our leaders: will they show an example? I assure you: even the Chinese, who are now sheathing the whole world, will, according to our order, supply not “Western fashion”, but what we ask!