Polish Foreign Minister came up with a new ideology for Ukraine

November 7 2017
100
Polish Foreign Minister Vitold Vashchikovsky said that Ukraine should change the state ideology and abandon the glorification of the Ukrainian Insurgent Army (UPA, OUN-UPA - banned in Russia). According to him, the national identity of the country should be built on the Heavenly Hundred and the participants of the armed conflict in the Donbass, Polish media reported

We turn to Ukraine and say: "Let's deal with history Together, through dialogue, let's create joint tools, as was the case with the Germans. "Of course, with Germany, things are not so perfect, but this has led to great progress
- noted Vashchikovsky. 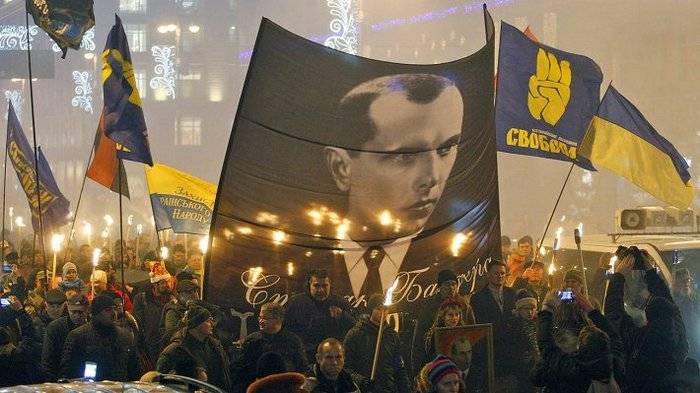 He added that Warsaw would like to see Ukraine friendly, democratic, holistic, indivisible.

On the other hand, we would like it to be a country that regulates its history, solves problems that happened many years ago.
- said the head of the foreign ministry.

In early July, the head of the Polish Foreign Ministry said that Warsaw will be against Ukraine’s integration into the EU until the two countries resolve historical disputes and issues of the Polish minority:

Worst of all, the situation [in relations between Ukraine and Poland], of course, in historical matters. Our message is very clear: you will not get to Europe with Bandera

Earlier, the Polish Peasant Party proposed to introduce criminal liability for the promotion of OUN-UPA *. The corresponding item was included in the bill on the establishment of 11 in July as a memorial day for the Polish victims of the genocide committed by the UPA on Poland’s eastern border. In addition, the draft law provides for the amendment of some existing laws