Game of Thrones in Saudi, or How to inspire a barrel?

November 8 2017
24
One of the most corrupt countries in the world has announced a fight against corruption. Last weekend in Saudi Arabia a series of arrests of high-ranking officials and representatives of big business were carried out. Among those arrested are 11 princes, four government ministers and several dozen former ministers - those who had previously resigned bureaucratic powers.


According to Arab media reports, among the arrested is one of the richest subjects of the Saudi kingdom, a billionaire businessman named Al-Walid bin Talal.

On the day of the mass arrests in Saudi Arabia, a helicopter crashed, carrying another group of high-ranking officials. Among the dead is one of the Saudi princes, Mansur bin Mukrin, who carried out an inspection mission in the south-west of the country.

Against the background of all these events in a country that is in a leading position both in terms of oil production and oil exports, the barrel has accelerated with a new force. If by the beginning of trading in the week, the Brent mark of barrel rushed to 62,5 dollars, by the evening of Tuesday it broke through several marks, reaching the value in 64 with more than a dollar. At the same time, WTI crude oil reached $ 57,4 per barrel.

It is worth noting that earlier, experts noted that by the end of the year the barrel of “black gold” would not exceed the mark in 57 dollars. And now it turns out that he took the barrel and stepped over, moreover in November, and not only 57, but also the psychological barrier in 60, continuing to rush up.

It is difficult to imagine that the rise in oil prices has nothing to do with what is happening in Saudi Arabia. It is quite possible that we are talking about an indirect connection against the background of many other factors, but indirect or not indirect - this is the tenth point. And absolutely this is the tenth case for Saudi Arabia itself. After all, in fact, the Saudi monarch creates a precedent related to how to direct additional revenue streams into the state treasury from the sale of oil, without resorting to new measures to limit the production of hydrocarbons.

The scheme, it turns out, is ridiculously simple: arrest several people from the ruling elite, take several influential money bags from among the “most honest” businessmen, freeze all their accounts, prohibit leaving the country - and voila! - oil quotes are creeping up, Saudi treasurers are counting profits, the budget is in a serious plus.

And the king and his main heir kill the second hare. This "dead hare" in that persons from the number of princes, who clearly had certain views of the Saudi royal throne, are being removed from the political arena. In other words, the game of thrones turns into a more than powerful factor in the growth of the Saudi economy. And no one in Riyadh shouts: why, they say, the oil needle will ruin all of us ... we must switch to alternative sources - grind sand or export high-tech camel dung, which is not less than oil ...

Is this well, dear comrades, it turns out? - The Saudi domineering elite, which, by the way, recently visited Moscow, gives (it is hardly likely to be guessing) the advice of Russia not by word, but by deed? They say that sometimes it is necessary to make a knight's move (or “camel”) and not to look for the guilty somewhere over the hill, but to pay attention to your own “slim rows”, in which with a high degree of probability there may be persons who, so to say, are not conducive to improving economic background. And the advice is given such that not always the fight against corruption can be called the arrest of a colonel, in whose house they found an amount comparable to the annual budget of the “city N”. And not always the fight against corruption is a transfer of a corrupt official from one post to another.

Oh, in our state, there are enough of their “bin Talalovs”, who have made a fortune obviously without taking into account the needs and aspirations of the people and without paying the appropriate tax deductions to the budget. Yes, and "princes" enough too. “Princes” who sleep and see that while everyone laughs from being nominated as presidential candidate Ksyusha Sobchak or Lena porn-Berkova, wait for the right hour and sneak into the Olympus power already amid the elongated faces of the electorate questioning, and who “for this one voted. ”

By the way, today we are being offered a formula saying that the “princes” should be protected, for they and only they can fulfill the May and all other orders of the head of state. And the change of “princes and princesses”, even if wage arrears in branches under control are billions, even if there are no planes to take out Russian tourists, even if there are problems with trampolines, you see, sabotage, Maidan’s intrigues and other unfriendly manifestations of the decaying West. 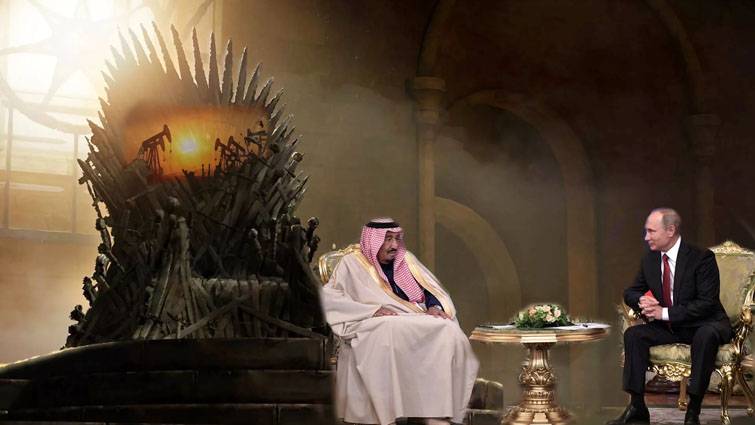 Or if the arrests of high-ranking, stealing officials in Saudi Arabia is a fight against corruption, and if even a hint of that in Russia, then is this “the reduction of political scores and the reincarnation of Stalin’s repression”? ..