Toyotomi Hideyoshi: from peasants to samurai. Part of 1

November 9 2017
12
The Japanese have learned from experience what a career lift is. Toyotomi was born into a peasant family and with such an origin he could not count on great benefits. But the strength of character and self-confidence turned everything upside down. The peasant became the ruler of Japan and a nightmare for neighbors - Korea and China. 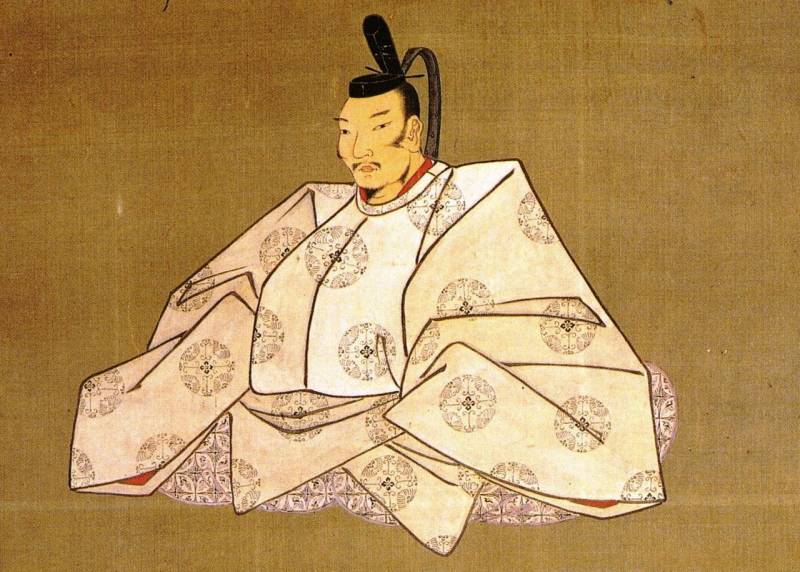 In general, the biography of Toyotomi is studied quite poorly, there are many gaps and doubtful facts. There is a version that the future ruler of Japan was not born into a peasant family. Some researchers suggest that his family belonged to the lower strata of the samurai, the so-called Ashigaru infantry.

No exact information about the date of birth Toyotomi. According to some data, he was born 2 February 1536 of the year, according to others - 26 March 1537. It is known that the small homeland of the Japanese is the village of Nakamura in the province of Owari (now - Aichi Prefecture).

In adolescence Hideyoshi lost his father. Mother did not grieve for long and remarried. The relationship between stepfather and stepchild did not exist. Toyotomi was constantly abused by the new father. Therefore, unable to withstand regular beatings, ran away from home. The guy decided to change his fate and become a samurai.

He headed for Suruga Province (now Shizuoka Prefecture). Here the peasant son hoped to get into the service of the family of Imagava. Replacing the name on Kinoshita Tokitiro, the guy managed to get to one of the vassals of a strong kind - the samurai Matsushita Naganori.

Hideyoshi did not stay long at the first rung of his dizzying career. A few years later, he left the samurai family of Imagawa to become the bearer of sandals in Oda Nobunaga, one of the greatest samurai in all history countries and prominent politician. Although originally Toyotomi became an ordinary servant, great prospects opened up before him. It was only necessary to wait for a certain moment and not miss the chance ...

The Nobunaga residence required serious and protracted repairs. Toyotomi volunteered to solve this problem. And three days later, the residence was restored. How a simple servant managed to complete the work in such a short time is unclear. Perhaps, over time, the story of the first "feat" of Toyotomi was distorted and the actual construction period was reduced to three days. I must say, Hideyoshi any construction was completed phenomenally quickly. In his biography will be another episode. But about him later.

Nobunaga struck the ability of a young servant. Therefore, he turned a blind eye to the peasant origin of Toyotomi and made him the ruler of the Kiyosu sub-castle settlement. At the same time, in the form of a bonus, the owner entrusted the newly made samurai with the financial affairs of a kind. Yesterday’s peasant career began to skyrocket. And in order to secure a high social status, Toyotomi married the daughter of Asano Nagamasi, one of the vassals of Nobunagu. It happened in 1564 year.

Two years later, Toyotomi had a chance to demonstrate his not only administrative, but also military skills. At that time, his master was at war with Saito's clan. The province of Mino (now Gifu Prefecture) became the apple of contention. According to the legend, Hideyoshi managed to build reliable fortifications in swamps in the area of ​​Sunomata in just one night, although no one had succeeded in doing this before. It was this site that became the stronghold for the assault on the main enemy fortress. In addition, Toyotomi showed himself as a brilliant diplomat. Somewhere with cunning, somewhere with flattery, somewhere with gold, he managed to lure to the side of Nobunaga several strong and influential generals of the enemy army. By this, Toyotomi actually decapitated her and demoralized her. The outcome of the confrontation was predetermined. And two years later, Nobunaga became the ruler of the province of Mino. 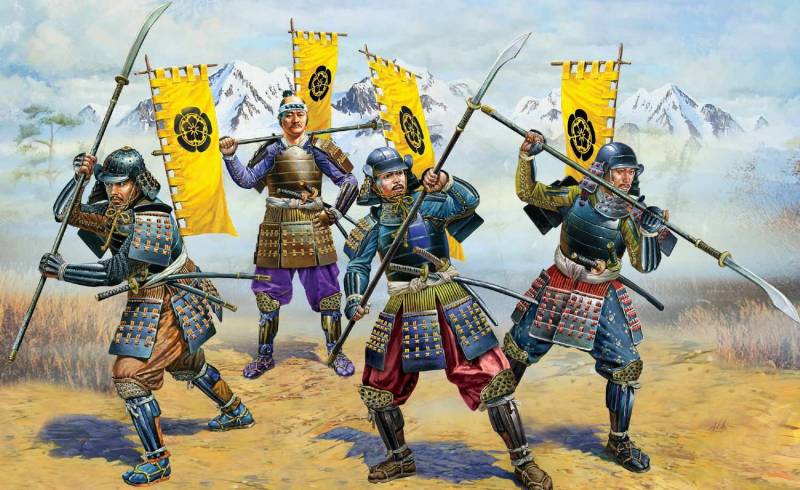 And in 1568, Toyotomi secured the status of a talented commander. He participated in a successful military campaign on Kyoto. The bottom line: the samurai became one of the co-rulers of the capital.

Two years later, Toyotomi, together with the army, Nobunaga took part in the confrontation with the Asakura family, who were masters of Echitzen province (now - Fukui prefecture). While the bloody fighting was going on, it became known about the betrayal of Azai Nagamasa, one of Nobunaga's vassals. He decided to go over to the side of the enemy in order to work together with the Oda soldiers. I must say, in such a critical situation, Nobunaga was scared. He appointed Toyotomi as commander of the rearguard, actually leaving him to die. And he hurried to retreat to Kyoto. But Hideyoshi was able to detain the enemy armies and cover up the retreat of the Nobunaga troops. After this success, the samurai returned to the capital already in the rank of a real hero. If before the representatives of the Oda clan treated him as a self-confident and lucky peasant son, now they saw in him a talented commander-in-chief.

In 1573, the Azzai traitor line was completely destroyed. And Toyotomi received as a reward their land in the province of Ome (now - Shiga prefecture) and Nagahama castle. The new status required the presence of Hideyoshi vassals. And since he did not have them, he had to take to his service former servants of the Ajai family, who, after the loss of the owner, became ronin. Toyotomi pulled peasant relatives to himself and changed his name, becoming Hasiboy Hideyoshi.

In 1575, Hideyoshi participated in the famous Battle of Nagashino. Here, the army of Nobunaga agreed with the army of the kind of Takeda. Ardebusier Oda managed to defeat the enemy's cavalry. This battle was epochal for all of Japan, because Nobunaga introduced massive use of firearms. weapons. In his army, the number of Arquebusis was about thirty percent of the total number of soldiers. 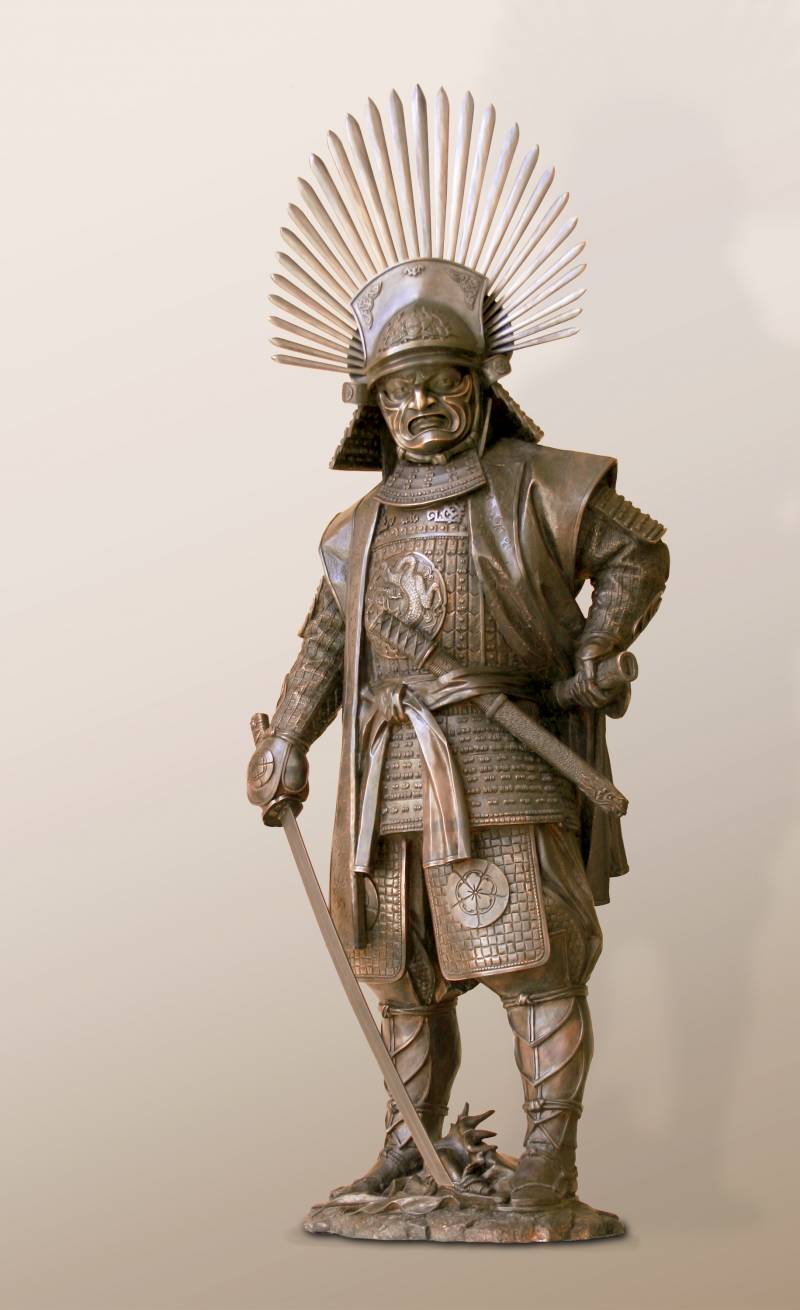 A year later, when the opposition of Nobunaga and Uesugi Kensin went, Hideyoshi was appointed assistant to General Sibaty Katsuiye. The commanders did not agree on their views, so Toyotomi actually deserted. Shibata suffered a crushing defeat in the battle of Tedorigawa. For disobedience to the general and desertion, Toyotomi faced the death penalty. But Oda, taking into account the talents of his servant, limited himself to reprimand.

Toyotomi himself understood that he acted ugly, giving free rein to emotions. Therefore, I asked the owner to put him at the head of the army, which was to wage a bloody war with the powerful Mori family who held the Chugoku region.

Hideyoshi, of course, did not go straight into the thick of it. First of all, he managed to extend the power of his overlord to the families of Akamatsu, Bessho and Koder. Himeji Castle (now - Hyogo Prefecture) became a stronghold in the coming war with a strong adversary. An important success of Toyotomi became negotiations with the Ukit family, who were long-time vassals of Mori. After a series of diplomatic tricks, Hideyoshi managed to lure Ukit to his side.

It seemed the time had come for a decisive blow. But at that moment, the Bessho clan unexpectedly went over to the side of the enemy. During the year, Toyotomi suppressed the insurgency. Then he managed to seize the province of Tadjima (now the north of Hyogo Prefecture), which belonged to the Yaman clan. The vassals of the latter, after the defeat of their master, went over to Hideyoshi.

Having dealt with these opponents, Toyotomi went to war with Mori. He had to make a real feat - to seize the fortress of Takamatsu.

The commander masterfully turned the main problem into his favor: the castle was located in a valley surrounded by mountains. Instead of a suicidal assault, he decided to use cunning. Since the river was washed on both sides of the river, Toyotomi ordered the dams to be reduced around the fortress and managed to change the beds of both rivers. The result - the valley was flooded. A few weeks later the castle was forced to surrender to the resourceful commander.

While Toyotomi fought with Mori, a large-scale uprising began against his master. In a short time, it covered all thirty-three provinces that were subordinate to Oda. Without his chief commander Hideyoshi, Nobunaga could not put down an uprising in time. Akechi Mitsuhide's army managed to drive Oda into the Kyoto temple of Honno-ji. Realizing that it is impossible to surrender under any circumstances, Nobunaga made seppuku. 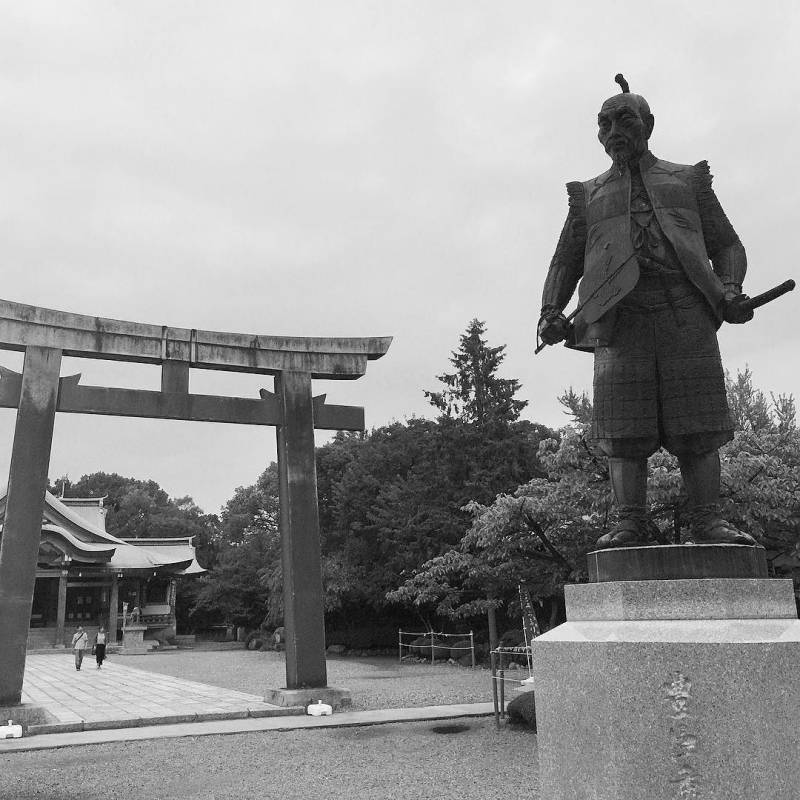 Why Akechi decided to raise against his master is not known for sure. According to one version, he was very often subjected to unreasonable attacks from the overlord, and the case often reached the point of assault. In addition, Oda was not a supporter of traditions, which was Aketi. On this basis, conflicts also frequently occurred between them. After all, Nobunaga took the land of his vassal, and also abolished the shogunate. The second version is that Aketi became just a weapon in the hands of more cunning ones than Oda himself.

When Toyotomi learned about the death of his overlord, he unexpectedly offered the enemy to conclude a peace agreement. Rod Mori agreed without hesitation. When the rear was safe, the samurai led his troops to Kyoto, where he had to fight with competitors for the legacy of Oda.

According to legend, Hideyoshi’s army in just three days managed to walk several hundred kilometers. And 12 June 1582, Toyotomi, defeated the rebel army Aketi Mitsuhide in the battle of Yamazaki. The loser traitor did not live long. A short time later, he was killed by peasants from whom he tried to steal food for horses.

Toyotomi quickly removed the second competitor - the son of the late Nobunaga named Oda Nobutak. After a short conversation, the heir committed suicide. Most of the former overlord passed on to the former vassal. Toyotomi himself became regent with Oda’s three-year-old son Sanboshi.

Of course, this turn of events didn’t please anyone. A new dangerous enemy appeared in Toyotomi - Shibata Katsuiye. And soon the war began between them. Hideyoshi, who propagandized the term that all means are good for victory, managed to win over several generals Katsuie to his side. In several battles, Toyotomi managed to win. 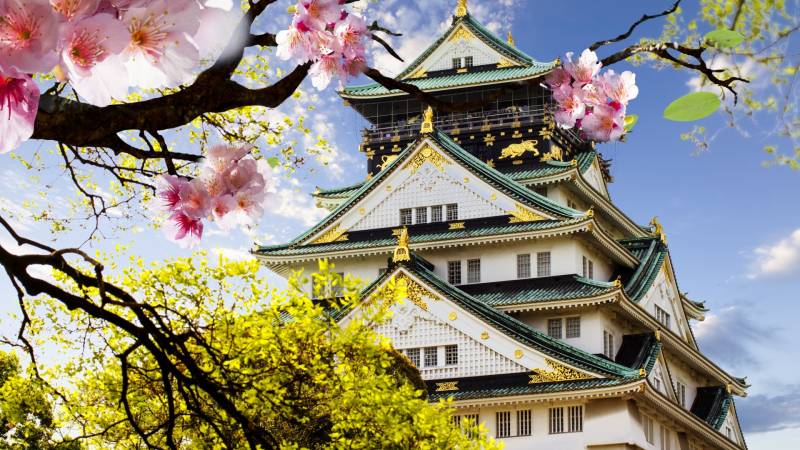 After this victory, opponents recognized that Toyotomi is the successor of the deceased Oda Nobunaga. And a new task appeared before the peasant son — to subordinate all Japan to his power.