In the Armed Forces of the Russian Federation, the number of robotic complexes increased 11 times

November 7 2017
58
Over the past five years, the number of armed robotic complexes (RTK) has increased by 11 times, reports TASS Post Deputy Defense Minister General of the Army Pavel Popov. 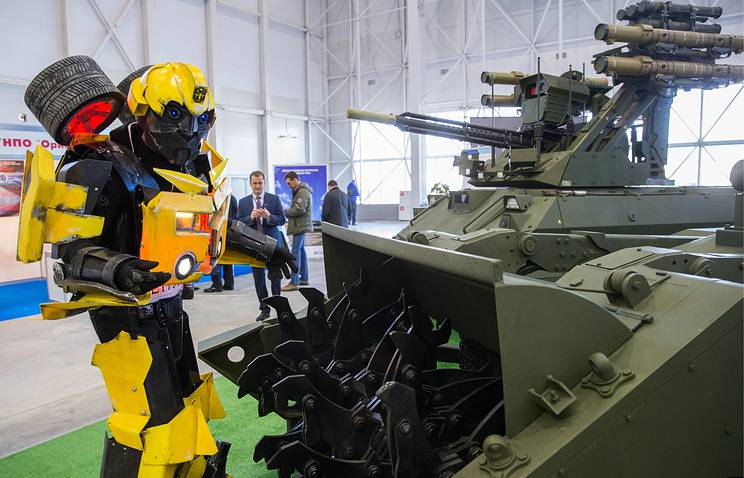 The development and subsequent implementation of a military-purpose RTK is one of the most important areas of innovation in the Ministry of Defense. Compared to 2012, the number of military RTCs in the army increased by 11 times. Such dynamics allowed to increase the effectiveness of means of reconnaissance and destruction on 45-50%,
said Popov.

According to him, “the scheme of work with advanced scientific and technical solutions and technologies applied by the Ministry of Defense allows to ensure the qualitative superiority of the Russian weapons».

The general said that “within the framework of the innovation system of the Ministry of Defense, interaction with 1273 was organized by third-party organizations located in the 23 regions of Russia”.