In Russia, the creation of strategic nuclear submarines of the Borey-B type began

November 7 2017
71
Work on the creation of strategic nuclear submarines of the Borey-B type began in Russia, said the chief of the General Staff of the Russian Armed Forces, Valery Gerasimov.

Started work on the creation of the nuclear submarine cruiser with improved characteristics "Borey-B"
- He said at a board meeting of the Ministry of Defense. 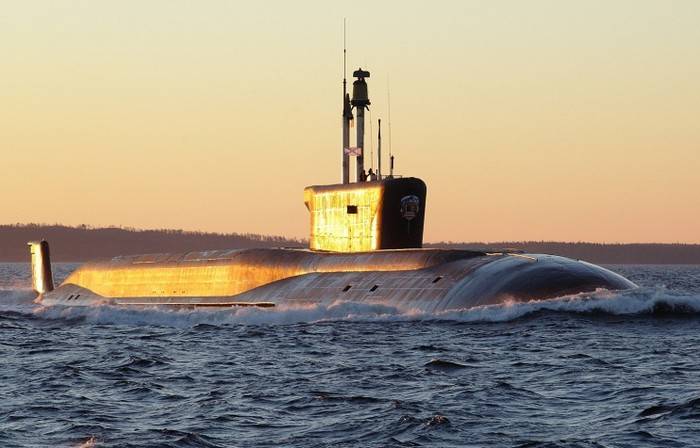 The Chief of the General Staff recalled that the Borey submarines had already begun to enter the composition of the naval Strategic Nuclear Forces, which made it possible to increase the share of modern submarines to 82%. Over the past five years, 102 ballistic missiles have been acquired for these submarines.

The combat capabilities of the strategic missile submarine grouping increased by 25%, the secrecy and military stability of the naval Strategic Nuclear Forces increased
- noted the Chief of the General Staff.

According to him, five boats of the type “Borey-A” are being built now. The last ship of this series, "Prince Pozharsky", was laid in December last year.

Now the Russian Navy consists of three strategic nuclear submarines of the Borey type (project 955) - Yuri Dolgoruky, Alexander Nevsky and Vladimir Monomakh. They are equipped with solid-state intercontinental ballistic missiles "Bulava", each submarine capable of carrying up to 16 such missiles.

Earlier, the commander-in-chief of the Russian Navy, Admiral Vladimir Korolev, announced that the Prince Vladimir, an underwater nuclear-powered missile carrier of the strategic designation of the 955A Borey project, will withdraw 2017 from the slipway in November, reports TASS