Nuclear submarine "Tula" is preparing to return to duty

November 7 2017
20
The nuclear submarine Tula is preparing to return to service after repair, the press service of the North fleet.

After the completion of factory repair, Tula will continue to serve as part of the submarine forces of the Northern Fleet, as an integral part of the state’s Marine Strategic Nuclear Forces (SNF)
- said in a press release. 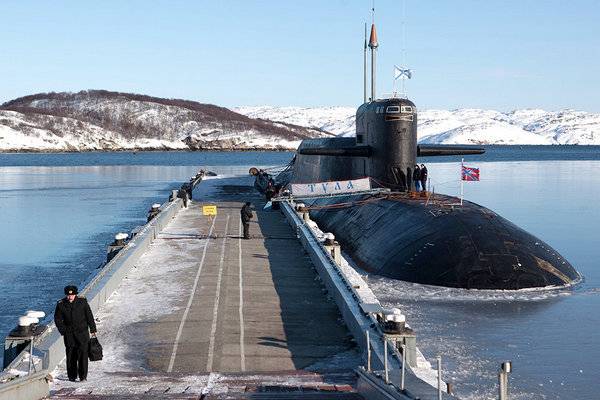 The submarine of the 667BDRM Tula project was built at the Sevmash enterprise in Severodvinsk (Arkhangelsk region) in 1987. November 5 enrolled in the Northern Fleet. 21 August 1995, the cruiser received the name "Tula" in connection with the establishment of patronage relations with the administration of the Tula region.

During his service, the cruiser traveled hundreds of thousands of miles, completed the tasks of long-distance hikes and combat duties, carried out dozens of successful launches of intercontinental ballistic missiles (ICBM). This includes salvo firing at the Kura battlefield in Kamchatka and firing at the maximum range of the Sinev ICBM from the Barents Sea to the Pacific Ocean
- informs fleet headquarters.