Brussels is preparing a "legal obstacle" to "Nord Stream-2"

November 7 2017
124
The European Commission plans to extend the internal rules of the energy market to offshore gas pipelines. Thus, Brussels intends to regulate the construction of the Nord Stream-2 gas pipeline in Germany, reports Expert Online with reference to the Reuters agency. 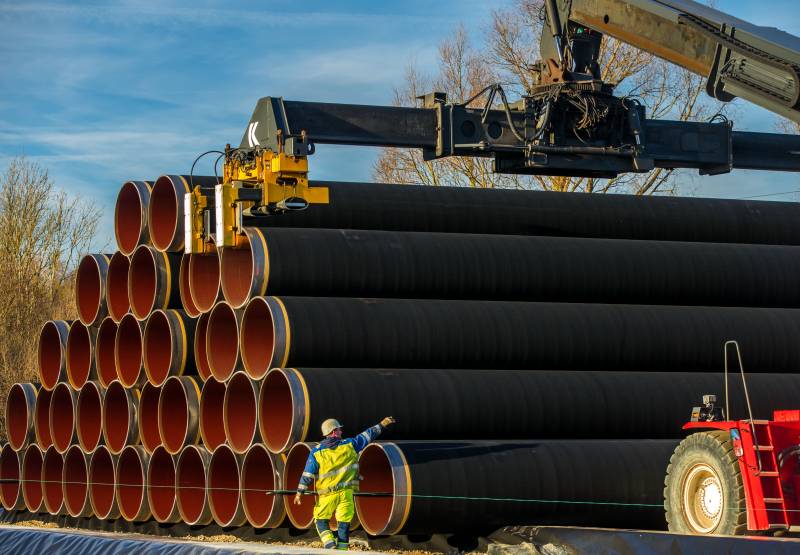 The European Parliament believes that doubling the volume of gas supplied to Germany under the Baltic Sea, bypassing Ukraine, may hinder Brussels' plans to reduce dependence on Russian supplies, as well as reduce EU support for Kiev.

“All supply pipelines, according to the new amendments to the gas directive, will have to comply with EU rules. They should not be owned directly by gas suppliers; provide the same prices and transparent transactions. Suppliers must also provide 10% bandwidth to third parties, ”the report says.

This proposal will be discussed at a meeting of European Commissioners in Brussels tomorrow.

According to the agency, European officials want the new rules to take effect by the end of 2018, then Nord Stream-2 will fall under them.

Earlier, Moscow strongly opposed the intervention of Brussels in the Nord Stream project.

Ctrl Enter
Noticed oshЫbku Highlight text and press. Ctrl + Enter
We are
Do not be afraid, Europe, we will not leave without gas!
Military Reviewin Yandex News
Military Reviewin Google News
124 comments
Information
Dear reader, to leave comments on the publication, you must to register.