November 7 2017
51
There are reports from Syria that are further evidence of close contacts between the US special services and the top of the so-called Islamic State (* prohibited in the Russian Federation). RIA News with reference to residents of the city liberated from ISIS (*) by the Syrian troops of the city of Meyadin, reports that the American military helicopters took the field commanders of igilovtsev from the positions of this city before the attack by the CAA.


RIA News cites a statement by a local resident named Muhammad al-Hussein:
American military aviation first made a maneuver in the Ar-Rahba area near Meyadin near the Haidar farm. Then it struck an air strike, we tried to hide after that and saw several American helicopters. On earth were foreign IG * commanders who were waiting for them near their headquarters in the Haidar Gardens. Helicopters took them outside Meadin.

The man says that he previously served in the Syrian army, and therefore is able to distinguish American helicopters from any other.

Information about the export of igilovtsev from Meyadin is confirmed by other local residents. The news agency cites a statement that the militants were taken out before the onset of the Syrian army by cars. It was noted that, in the first place, foreign leaders of the terrorist group in Haidar Gardens were exported. From there they were already taken by American helicopters. 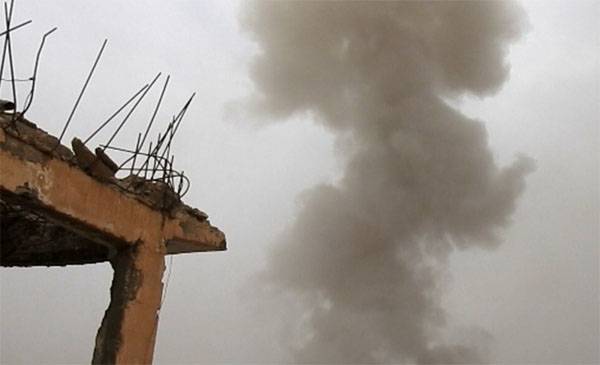 We will remind that earlier in the Defense Ministry of the Russian Federation they accused the USA of supporting ISIS terrorists (*) in the area of ​​the Al-Tanf military base, from where the spread of terrorist groups in Syria is going.

The situation in Meyadin resembles the situation in Raqqah, when, before the US coalition forces attacked the city, the leaders of the ISIL terrorist group (*) were evacuated from there first of all.

Ctrl Enter
Noticed oshЫbku Highlight text and press. Ctrl + Enter
We are
Time to change the heir. Qatari crisis as a cover for the struggle for power
51 comment
Information
Dear reader, to leave comments on the publication, you must to register.