About the difficult fate of Lviv military commissar ...

November 7 2017
29
Representatives of the Ukrainian military commissariats again state that the implementation of the call comes with obvious problems. More than a third of recruits simply refuse to appear on their own at the military registration and enlistment offices and ignore repeated agendas and even threats about readiness to initiate a criminal case by law enforcement agencies.


It was noted that the greatest problems with the execution of plans for the autumn draft in the Ukrainian security forces manifest themselves in the Odessa region, as well as in the western regions of Ukraine. Thus, in Lviv, officers of military registration and enlistment offices created special groups that bypass the apartments of draftees themselves. The group also includes representatives of the local housing office and law enforcement agencies.

The bypass was conducted on hundreds of apartments in Lviv alone, however, as reported by the information service UNIAN, the agenda could not be delivered to any of the draft draft drafters.

We will remind that earlier the staff of military registration and enlistment offices of Ukraine tried to “catch” recruits right on the streets. 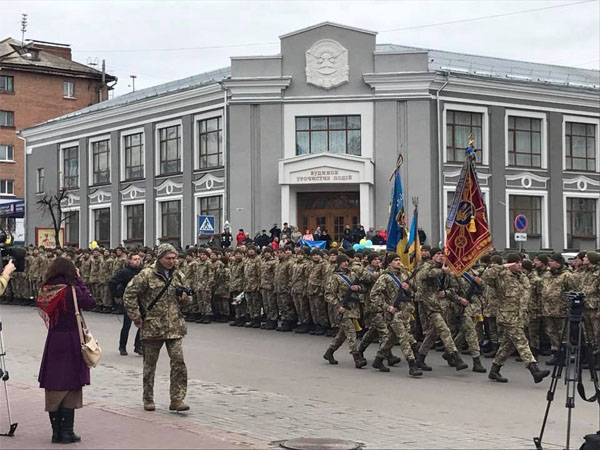 All this speaks of the attitude of the Ukrainian youth of military age to service in the modern Ukrainian army and on the status of the army "nezalezhnoy" itself.