In memory of Alexander Prokhorenko 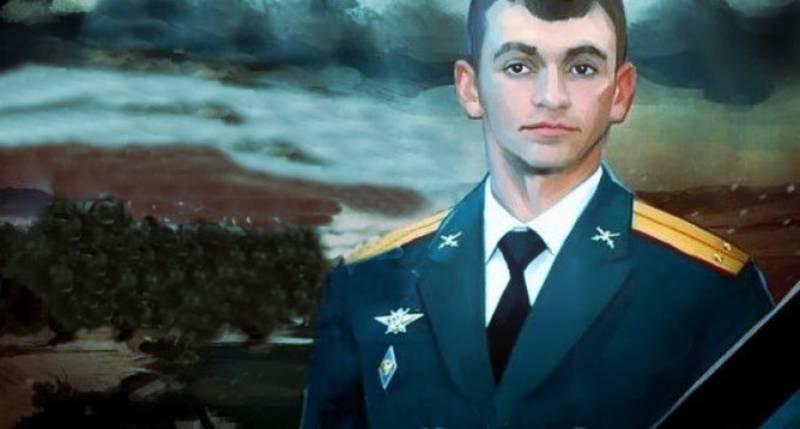 "I call fire on myself", -
It sounded under the sky of Palmyra.
As if with a saber after a heart chopping,
The doomed begged the commander:
"Request a missile attack
To the point where I am surrounded by enemies:
Overlaid, I have no choice
I am constrained, like a pond by the banks. ”
“Go away!” The commander ordered, “
Move to the green zone ... ".
"I can not," flew on the air, -
At the end of the water and ammunition.
I am trapped in the terrorists ring,
Gangsters won't let slip in ...
There is, of course, salvation in lead,
But I don't want to be killed by myself.
Commander, let him go to hell
These vile igilovtsev pack:
Do not hesitate to ask the guys
To hit from the air soon.
Do not feel sorry for me - I am ready
To die in our righteous battle;
Let him get a rocket catch
This gang is deadly.
Redeem their vile agility ...
I will die without craving death ...
But they will stop smashing
Everything around these predatory stinkers.
Take care of my loved ones,
Tell me I'm not broke,
That in an unequal battle did not subside,
He was not a coward and fought bravely.
Tell me I love them
And come back to them sometime a bird,
And then let them crane
Lift from the well water.
I will fly to you, commander
On the seventeenth day of March,
So you do not forget the candle
Dedicate to the owner of "farta".
Now ask the guys.
Fire flame throwers at me.
Calling fire on myself.
I am sure you will understand me. ”
There was something great about him
In this heroic insight,
What does not die under fierce fire
And does not fade in the last "Farewell!".
The ring continued to shrink
The spirit of the soldier was staying at the zenith
Just a thought darkened the face:
"Why are you, brothers, so long fly."
The village passed before the gaze
Towns in the golden Orenburg region,
Where it snowed so cool
Where spring is anticipated in the cold;
Where did father take to the fields
Own fighting, overworked tractor,
And the land answered with grain,
Seeing cars along the road;
Where cooked with beet borscht
Infinitely beloved mom
And taught that mites can
Come across and in the form of a balm;
Where is his spouse at demolitions
Every day she looks at the road
Measuring separation in hours
And praying for the beloved of God;
Where is enthusiastic brother Ivan
Tried on an officer's uniform
And he said to friends: “My bro
Helps rocket storm! ".
Being at the threshold of the end
His being in this world,
Prokhorenko asked the Creator,
That peace reigned in Palmyra,
So that there is no more war
On the planet now and ever,
So that the sons decide
No weaponsbut compromise.
And the ring was all narrowed down by the enemies,
They thought it was flawless,
But sent to hell in circles
Their attack from heaven is the Russians.
Over the Syrian land, slowly,
Rose to the transcendental dalyam
Volitional soldier soul
Not subject to all orbitals.
At this moment in the Orenburg village
Mother's heart pinched
And the stars fell in the darkness
On the cuts of the Fatherland pepper.
Orenburg simple guy
No match for those who are happy to sit out
Or escape from the fate of a journey:
He was preparing for a feat from childhood.
On such selfless fighters
And there is a century-old Russia,
Where descendants are found in fathers
Unstoppable military power.
There will be news, time dolby,
Piling up unconscious piles
But the one who fires upon himself
Called never to be forgotten.