The Elusive Avery: The Story of the Luckiest Pirate

November 8 2017
17
Englishman Henry Avery was nicknamed one of the most successful buccaneers and gentlemen of fortune. He hunted in the waters of Africa and South Asia, where he managed to capture prey unheard of at that time, having taken on board the ship "Gang-i-Sawai". In addition to money and precious stones, Avery got Fatima, the daughter of the Great Mogul. For the first time, Daniel Defoe spoke about the life of a sea robber in the "General stories piracy. The book was published in London in 1724 year. 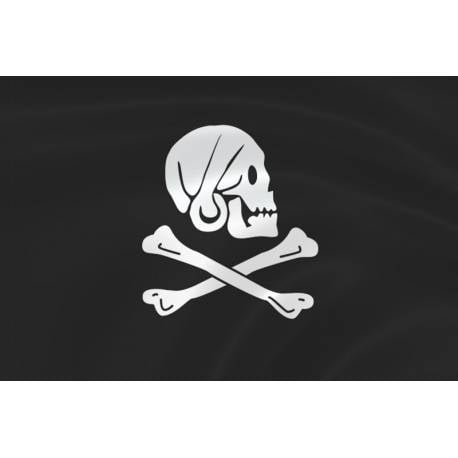 On the road to fame and fortune

If you believe the Dutchman Van Brook, who visited the ship of the pirate as a hostage, Henry once opened up with him. In a heart-to-heart conversation, the pirate confessed that his last name was made up. In fact, the robber is called Henry Bridgeman. And he had to hide his real name for one reason - Henry did not want to expose his relatives to the blow. True or not, it is hardly possible to find out. In addition, Brooke said that Henry was the son of the captain of a merchant ship, so he fell in love with the sea as a child. Growing up, he served on several warships. And in his life, everything went well, down to one incident. Henry changed wife. He was unable to forgive her and decided to start life from scratch by recruiting his first assistant on the 46 gun ship “Karl II”. Captain Gibson commanded the ship.

The ship commissioned by the Spaniards had to deliver weapons to America to fight pirates. But in the port of La Coruna, the frigate, as they say, was stuck for a long eight months. All this time, the sailors did not receive a salary. Captain Gibson reacted aggressively to the indignation of his subordinates and in no way tried to resolve the situation. All this led to the fact that at the beginning of May 1694, the team of "Karl" rebelled. Henry Avery stood at the head of the rebellion.

The captain and several of his supporters surrendered. They were put in a boat and sent to the shore. After that, Avery renamed the frigate “Charles II” to “Imagination” (according to another version - to “Fantasy”), raised a pirate flag and headed for the shores of West Africa. Here, the newly-made pirate and his crew hoped to improve their plight by trading ships. And their expectations were not deceived. In the waters of the islands of Cape Verde "Imagination" captured several British ships. In addition to provisions and weapons nine British joined the Avery team. 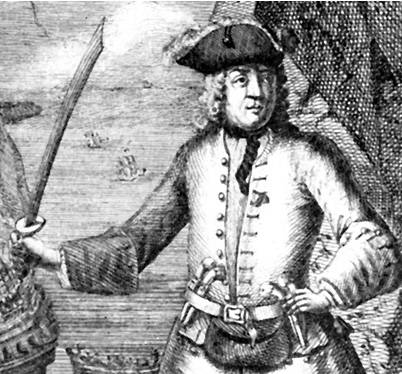 A little later, already in the waters of the Gulf of Guinea, Henry managed to capture a couple of Danish ships. Mining pleased. The share of each pirate was about nine ounces of gold. In addition, the number of teams increased by fourteen Danes who wanted to stand under the pirate flag.

According to some researchers, it is possible that Avery was the captain of a slave ship that smuggled black slaves illegally from Africa to America. This assumption is confirmed by the memories of Captain Phillips, who commanded the ship "Hannibal." He wrote that after the visit of Long-Had Ben (this is one of Avery’s nicknames) on the coast of Guinea, it was impossible to find at least one black man.

After Madagascar, the path of the robbers ran past the island of Anjouan (the second largest of the Comoros). Avery smiled luck again. He captured the gourab (sailboat-sailing ship) and a team of forty French freebooters. And they became part of the team of Henry.

But just a couple of days later, three ships of the East India Company approached Anjouan: the Benjamin, the Mokka and the Tonkin. Avery knew perfectly well that it was pointless to get involved in a bloody confrontation with the enemy. Therefore, he ordered his men to anchor and sail away without even entering into negotiations with the captains of the enemy ships. On the bank, Avery had to leave “one person from his company who had fallen ill before; his name was William May. ”

After wandering around, Avery made the decision to return to the island. There he recruited more than a dozen French and only after that left Anjouan.

Imagination, heading for the Red Sea, was a formidable force, and the number of Avery's international teams was about one hundred and seventy. On the way to the intended goal, Imagination met a couple of English pirate ships. Dolphin was commanded by Captain Richard Went. He was subordinate to about six dozen people. Joseph Faro Captain of Portsmouth Adventure. Under his command there were about the same number of pirates. After short negotiations, Went and Faro agreed to join Avery, who, of course, became the main one over the whole newly made flotilla.

In June 1695, the pirate ships appeared near the island of Perim, located at the entrance to the Red Sea. There, three more robber vessels joined Avery: Susanna, Pearl and Amity, under the command of Thomas Wake, Wilma Mays and Thomas Tew respectively. These ships had six guns in their arsenal, and the teams consisted of thirty to fifty people. 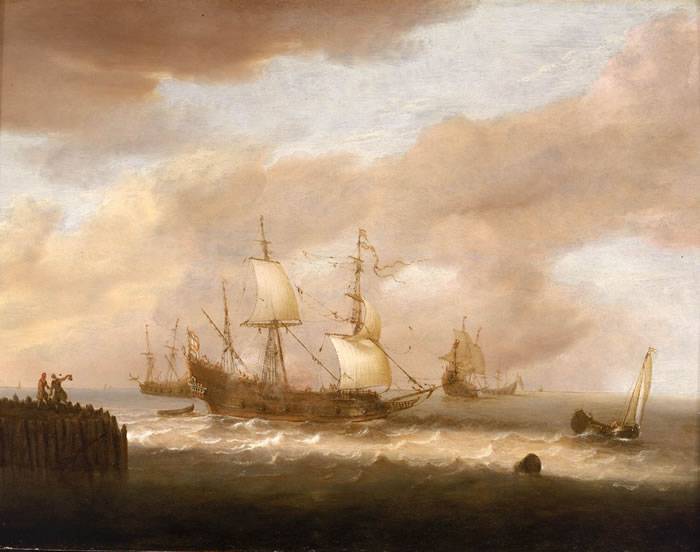 Thomas Tew shared valuable information with Avery: a flotilla with Indian pilgrims who were heading for Mecca was soon to appear in the Red Sea. Henry belonged to the category of such people who do not need to repeat twice. And soon a flotilla of six ships entered the Red Sea. However, in a short time the number of vessels decreased. One ship was destroyed because of its low speed, the second one got lost and fell behind.

Four pirate ships were opposed by twenty-five Indian. Despite the numerical superiority of the enemy, the flotilla under the command of Avery managed to capture the Fat Mahmamadi, the second largest vessel. But the main goal - "Gang-i-Sawai" - managed to slip away.

The pirates rushed in pursuit. Henry did not want to trade for other ships. He understood perfectly well that the capture of the largest ship of the Mughal Empire would make him and his crew fabulously rich.

On board the Ganges-i-Sawaya were not only ordinary pilgrims. Several high-ranking officials and, most importantly, the daughter of the Great Mogul made a pilgrimage to Mecca on it. The pirates, of course, did not know about such a "load". And they did not immediately recognize it. Because the production exceeded all expectations: "They took on this ship so much gold and money in foreign currency and in vessels that together with the previously captured share of each person increased to 1000 pounds." This "earnings" could allow each of the robbers not to need anything until the end of his days.

For a week, pirates robbed the ship and its passengers. With women, of course, no one stood on ceremony. Therefore, some young Muslim women either threw themselves overboard or killed themselves with daggers. Avery didn't hold back his people for fear of causing a riot. After all, the huge prey had an intoxicating effect on everyone, without exception. As the captain of the entire pirate flotilla, he received the main prize "Gang-i-Savaya" - the daughter of the Great Mogul Fatima. First, Avery took her as a VIP hostage, hoping to get a solid ransom for her. But then he officially married Fatima. True, there is another version, more prosaic. So, according to some researchers, there was no marriage at all. Avery acted with her in the same way as pirates did with ordinary captives: raped, and then killed. In general, the situation with Fatima is very vague. There is no reliable information about her further fate after meeting with the pirate. 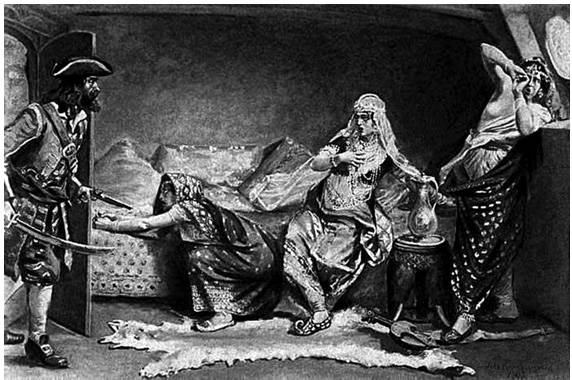 After the robbery of the flotilla, Avery stopped on Bourbon Island. Here "all the Danes and all the French were landed on land with their share of production reaching the 970 pounds per person." It seemed that they were waiting for only a happy and serene life. But ... a daring attack on the Mongolian ship could not just get it off their hands. In this episode, the pirates showed themselves to be absolutely not farsighted people, whose prey was overshadowed by common sense.

While the robbers were enjoying life with might and main and boasting of victory over the pilgrims, the bloodless and plundered "Gang-i-Sawai" still managed to get to the port of Surat, located in the west of India. The sailors and passengers who survived the meeting with the pirates told the authorities about everything. So the Great Mogul and the British learned about the torture, violence and murder of pilgrims. Muslims reacted very painfully to the incident. They laid siege to the English trading post, wishing to arrange lynching over the foreigners. More than six dozen East India Company employees were chained and imprisoned. They spent almost a year here.

The hunt has begun for the pirates of Avery's flotilla. Some wanted to avenge the pilgrims, others - to take away the prey. A reward of five pounds sterling was announced for Henry's head. The Great Mogul promised the same amount to the one who would deliver the pirate to him. And it doesn't matter whether he is alive or dead. Almost all of Avery's outlaws were captured. Those fortunate enough settled in New England, North Carolina, Pennsylvania and Bermuda. How their life developed in the future, one can only guess. Most likely, they took other names and surnames to cover their tracks. Therefore, nothing is known about their life after the grandiose seizure of the Indian ship. The arch-pirate himself managed to hide from his pursuers. He received this nickname after the capture of an Indian ship. It is known that he moved to North America, but it did not work out there. 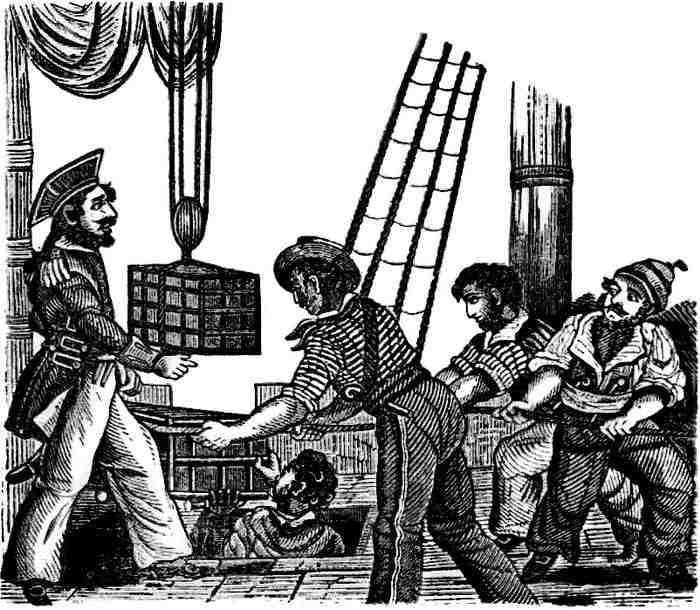 In search of Avery

New life Avery wanted to start in Boston. But first he came under the suspicion of the local governor, and then the bounty hunters came to his trace. The award in 500 pounds from London and the same from Mongol has not been canceled. Avery had to drop everything and move to Ulster in Ireland. But here he failed to escape. Therefore, Avery tried to get lost in Scotland, spreading rumors about possible routes of his journey. And, despite the efforts of numerous sleuths and simply greedy agents, no one managed to find Henry Avery. After Scotland, his trail is completely lost. 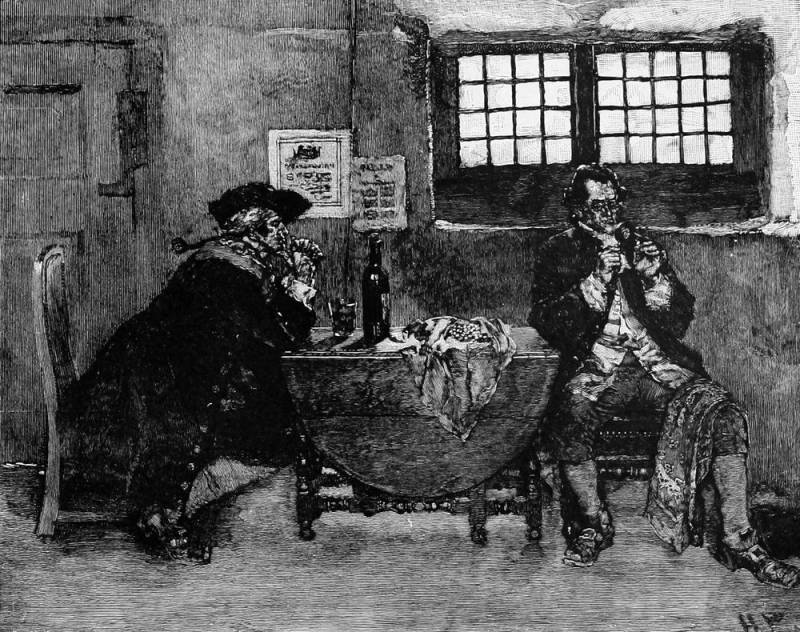 Of course, the complete disappearance of such a well-known pirate gave rise to many myths and legends about him. According to one version, Avery returned to America. Here he tried to sell his treasures, but was deceived. And the rest of his life spent in poverty. According to another, he settled on some islands and led a quiet, carefree life. On the third - Avery died on the way to America. Whether he was mowed down by some kind of disease, or he was killed in a fight. In general, there are many versions. You can choose for every taste.

By the way, some researchers believe that the hero of the book The Life and Adventures of the Glorious Captain Singleton, written by Daniel Defoe, is the prototype of Henry Avery. And then Charles Johnson created the comedy "Lucky Pirate" on its basis. Avery was called lucky and lucky, because he managed to grab a huge jackpot, putting not so much effort into it.

Ctrl Enter
Noticed oshЫbku Highlight text and press. Ctrl + Enter
We are
Chernobyl notebook. Part of 3"White Rajah": as a British dynasty, a hundred years rule on the island of Kalimantan
Military Reviewin Yandex News
Military Reviewin Google News
17 comments
Information
Dear reader, to leave comments on the publication, you must sign in.